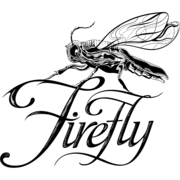 Firefly offers a set of comprehensive software tools dedicated to bridging the gap between Grasshopper, (a free plug-in for Rhino) the Arduino microcontroller and other input/output devices. It allows near real-time data flow between the digital and physical worlds – enabling the possibility to explore virtual and physical prototypes with unprecedented fluidity.

As a generative modeling tool, Grasshopper offers a fluid visual interface for creating sophisticated parametric models, but by default, it lacks the ability to communicate with hardware devices such as programmable microcontrollers or haptic interfaces. Firefly fills this void. It is an extension to the Grasshopper’s parametric interface; combining a specialized set of components with a novel communication protocol (called the Firefly Firmata or Firmware) which together enable real-time communication between hardware devices and the parametric plug-in for Rhino.

A notable distinction for Firefly is that it is the first visual microcontroller programming environment designed specifically for a 3-D parametric CAD package (such as Rhino). This feature means that real-world data, acquired from various types of sensors or other input devices (video cameras, internet feeds, or mobile phone devices, etc.) can be used to explicitly define parametric relationships within a Grasshopper model. Firefly completes the communication feedback loop by allowing users the ability to send information from Grasshopper back to the microcontroller in order to incite specific actuations (ie. lights, motors, valves, etc). Ultimately, this workflow creates a new way to create interactive prototypes.

Hi guys,I'm communicating with a 3D printer via Grasshopper / Firefly (and eventually) Silkworm.So far, I can quite happily send G-Code move commands to the printer  - which is a Leapfrog Creatr, based on Arduino Mega / RAMPS electronics - via the…Continue

Started by fergal.coulter. Last reply by Aaron Porterfield May 16.

I hawe a problem with writing/reading data in Firefly.I thought it is mine problem with board, but cant understand this stuffContinue

How to control stepper motor in different ways?

Hi, I'm trying to understand how to use this Firefly. Firstly, I could have controlled servo motor with Firefly. Now, I'm trying to control stepper motor however I couldn't.I use Arduino Nano and L293D. There is no problem in my circuit because it…Continue

From Sketch to Rhino

I am in the appearing for the master's thesis. I am preparing a script for making a structure from a sketch using firefly component - "web cam video stream". Below is the video which is present on Firefly's website…Continue

You need to be a member of Firefly to add comments!

Hi Everybody, first of all thanks to Andy and Jason for your amazing creation. I'm working on a Gcode generated in grasshopper which I'd like to stream realtime to my Reprap 3D printer. Everything is OK if I save my gcode and send it to the machine in a classic way, but I'm struggling to send it directly through the serial port.

I open the port, send the code and everything starts, but the movement are completely wrong. Only the G28 homing seems to work fine...Any suggestions? Thanks a lot!

Im (probably) re-upping to Rhino 6 over 5 because the display and presentation tools in the new build are plausibly at a level of maturity now that they can be used for scaled drawings and shaded view ports in a professional capacity.  Built-in section tools?!  mind-blown!

It looks like the last build of Firefly was in 2015 for Rhino5.

Are there any plans to give this project another pass for Rhino 6 compatibility?

The Kinect 2.0 for Windows depth, color and mesh streams were of phenomenal utility!

I understand that there are multiple routes for obtaining this information like the SDK, and PrimeSense had a branch working on Kinect..

If this project is on a good long pause, I may try to write a bridge for this information into grasshopper for Rhino 6 using the Kinect 2.0 for Window SDK.  Im just a code-kitty though, so that might be more than is realistic ^_^.

Is this binary right now? Rhino 5 + all plugins, or Rhino 6 and no promises?

Hi everyone. I just recently created a group about a project based on the use of arduino + grasshopper and Firefly. It is called The Mini Airflow Tunnel Project: http://www.grasshopper3d.com/group/mini-airflow-tunnel-project. The idea is to use grasshopper and firefly to operate a low-cost wind tunnel with arduino and wind sensors.

Is there a way to merge the the Firefly firmata with the quadstepper in order to drive one stepper motor and other devices at the same time with one Arduino? Is it generally possible? Cheers!

I just installed Firefly 64bit for Rhino5. But when I have trouble to launch grasshopper when it loads Firefly.X. It pops a warning as the image attached.

Could anyone kindly suggest how to solve it? Many many thanks! 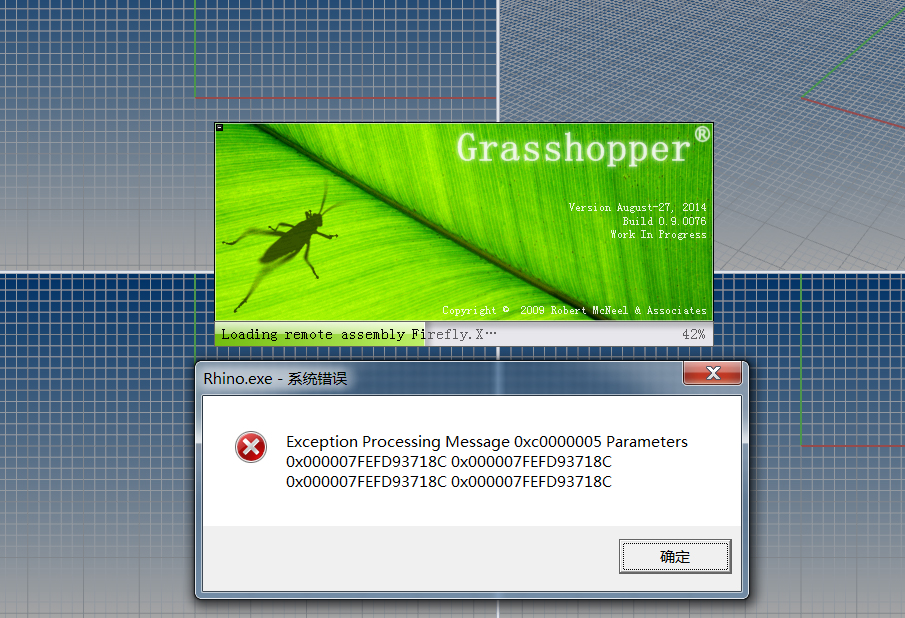 I share the video from the Adaptive Facade Workshop that European Facade Network organized in Lucerne in November 2014, all the students used Firefly for the mock-ups...

Hi Kwanphil.  Unfortunately, at this moment it is not possible to load in an mp3 file directly.  You could play it over the speakers and use the other audio components to read in the microphone data... but reading in an mp3 file isn't currently supported.

Hi. thank you for letting me in the group. Just quick question. is there any way to bring mp3 file and play in firefly? I would like to extract data from specific mp3 file if it is possible. Any advice will be greatly appreciated. Thank in advance.