'THE SWARM' is a parametrical designed, free-standing, sculptural pavilion. It develops its form from the theme of a flying flock of birds. By joining 211 individual, CNC-milled modules the result is a play of density, light and shadow. The focus is yet on the characteristic features of a swarm of birds. The curve gives the pavilion the dynamic of a passing flock of birds which streaks the ground only for a glimpse and moves upwards to the sky in its next movement. At a second glance a complex system reveals itself, which is the base for the connection of the individual parts and the entire shape. 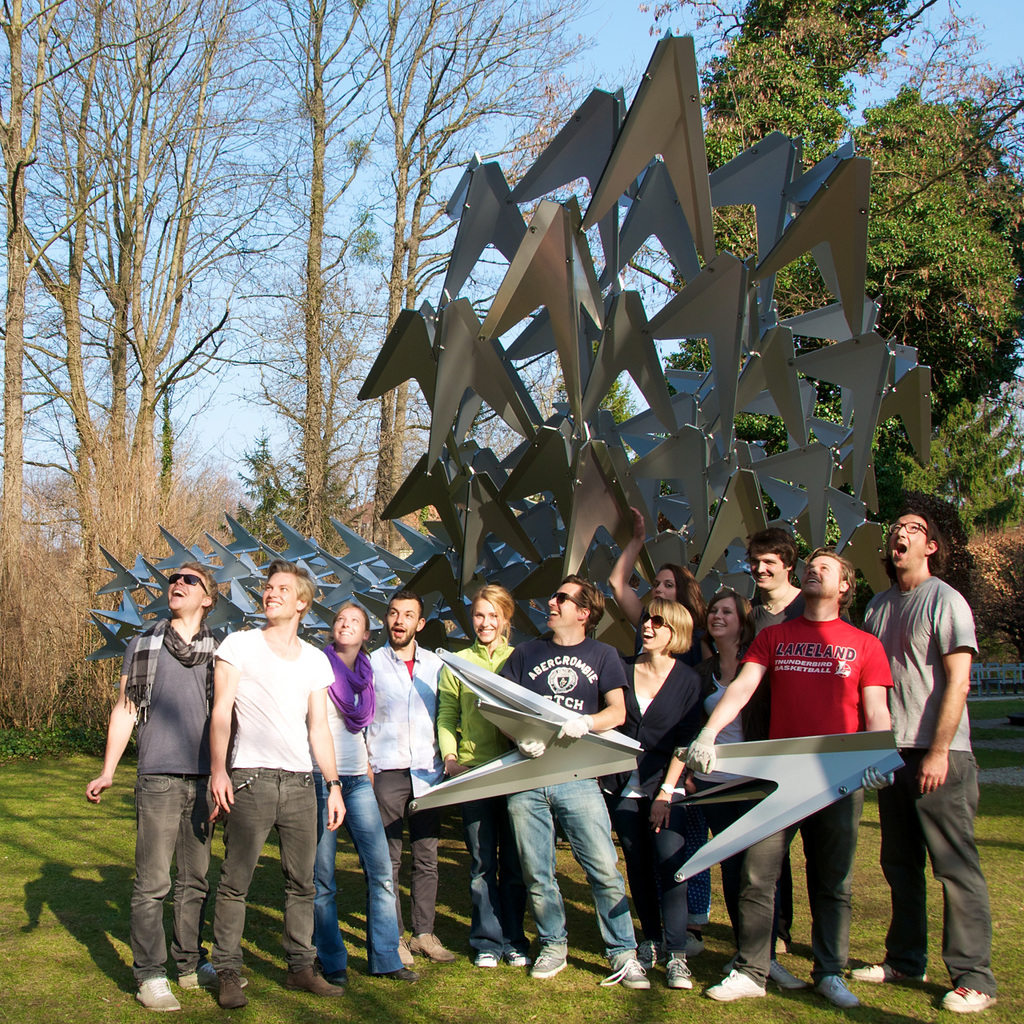 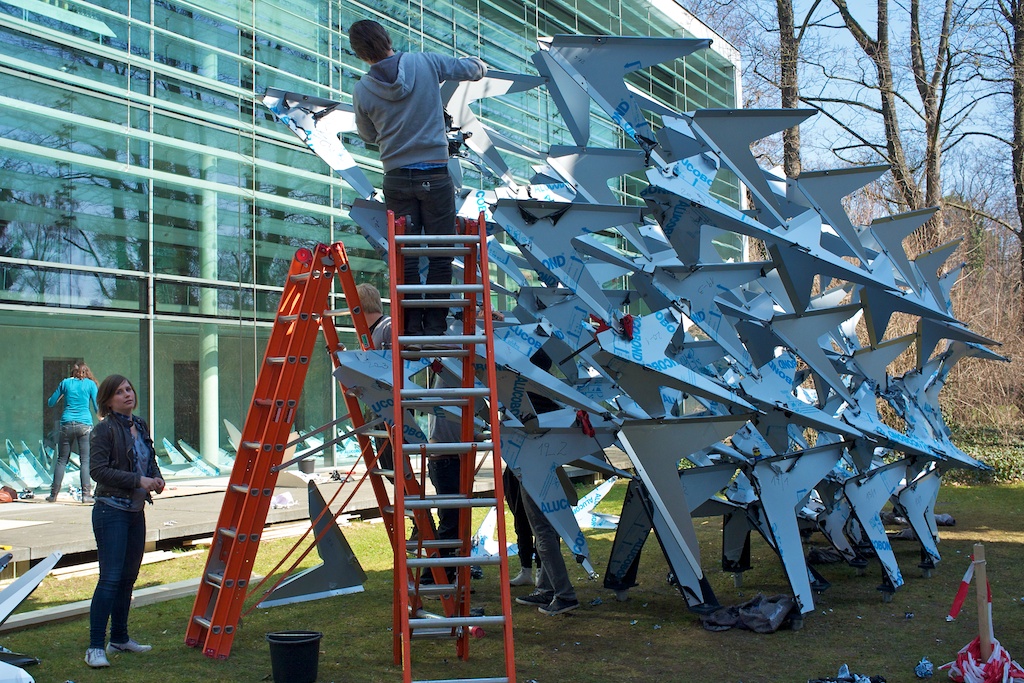 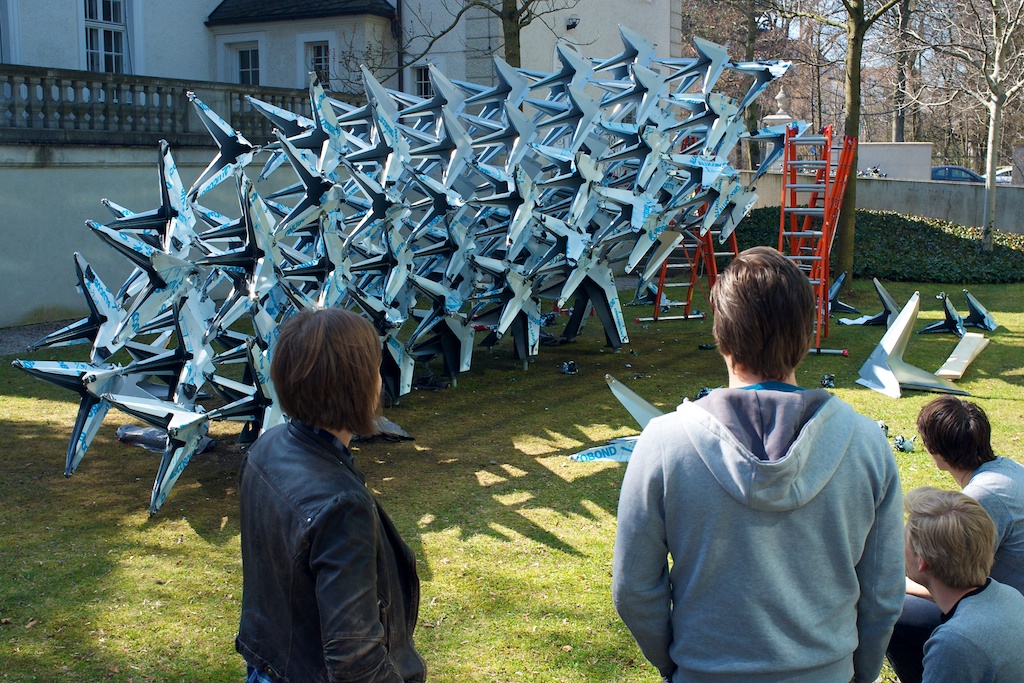 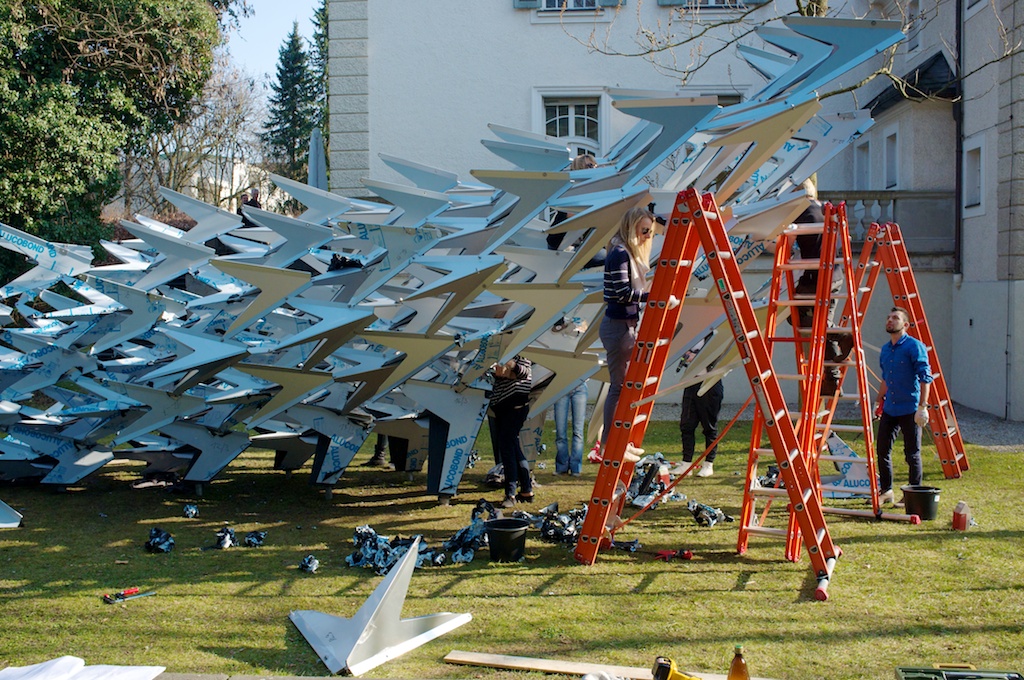 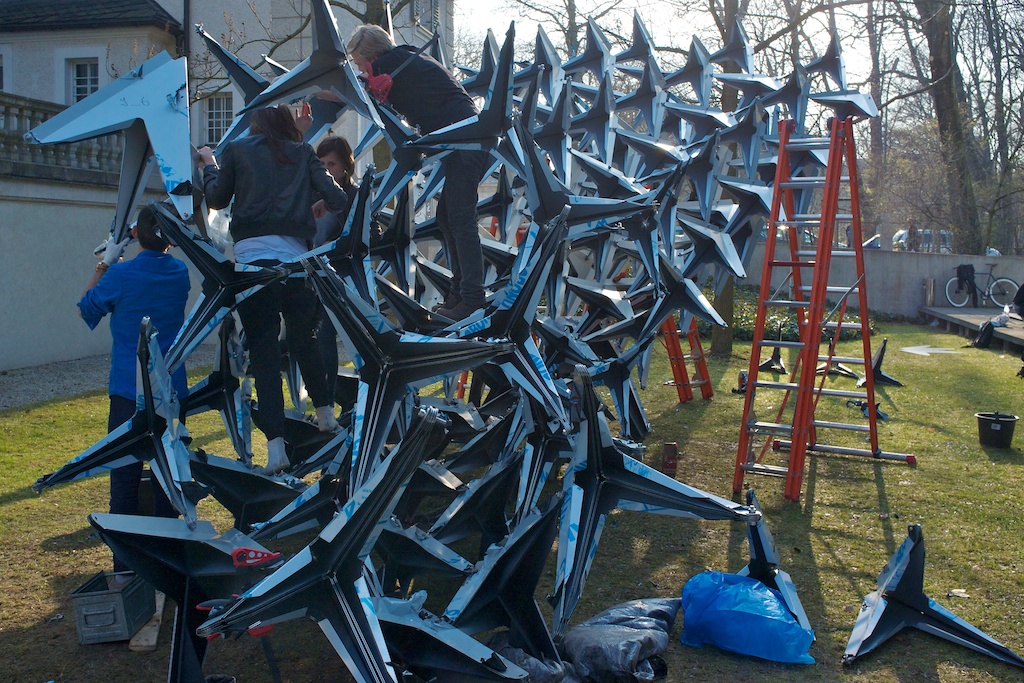 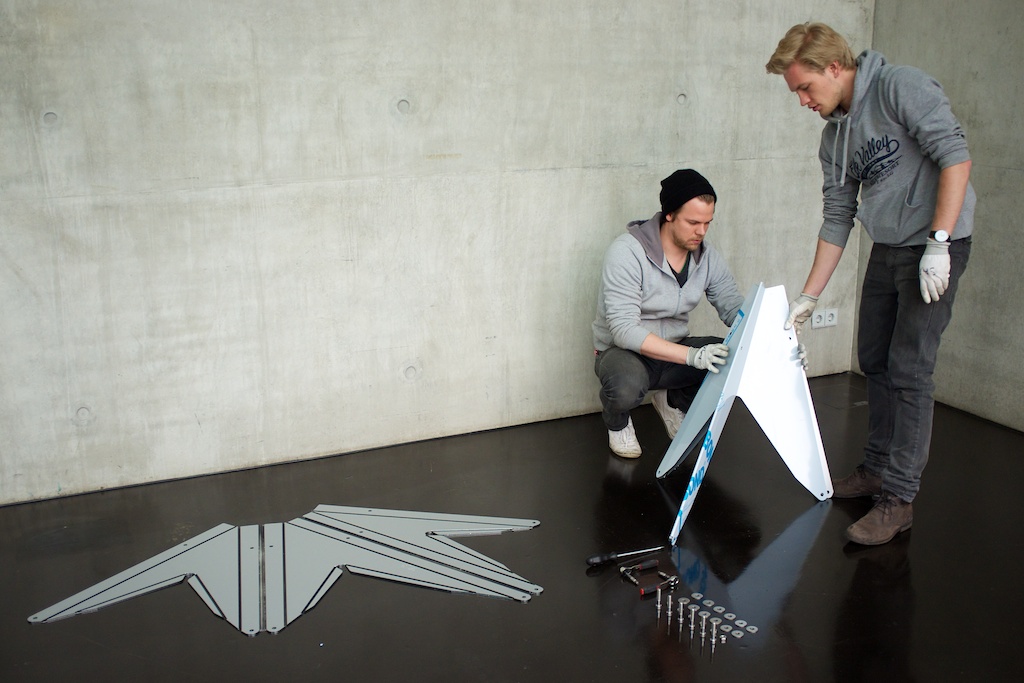 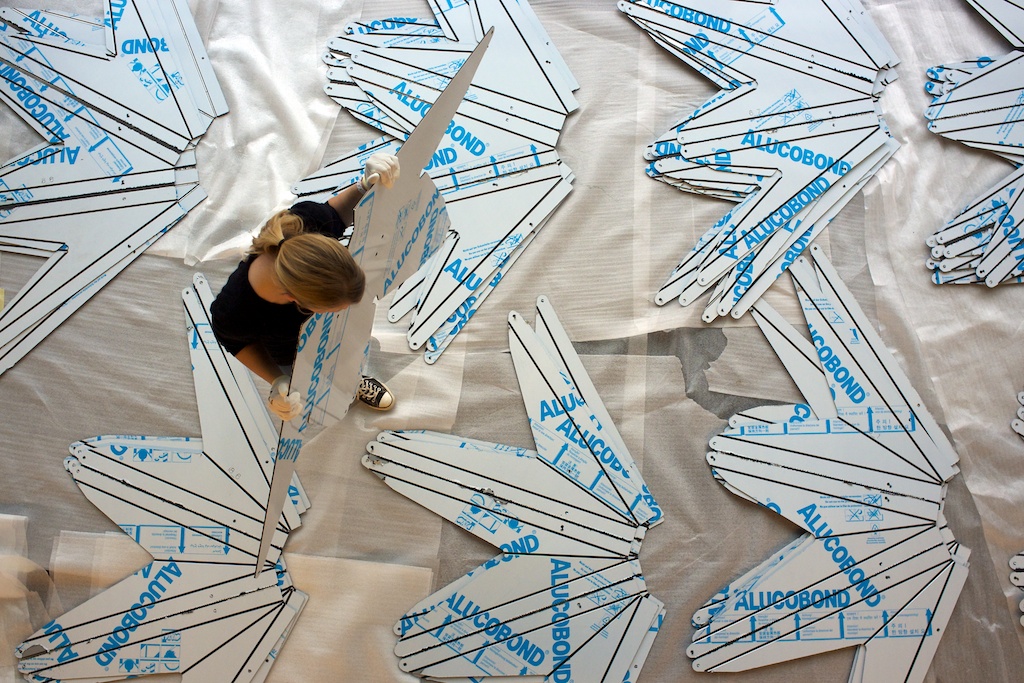 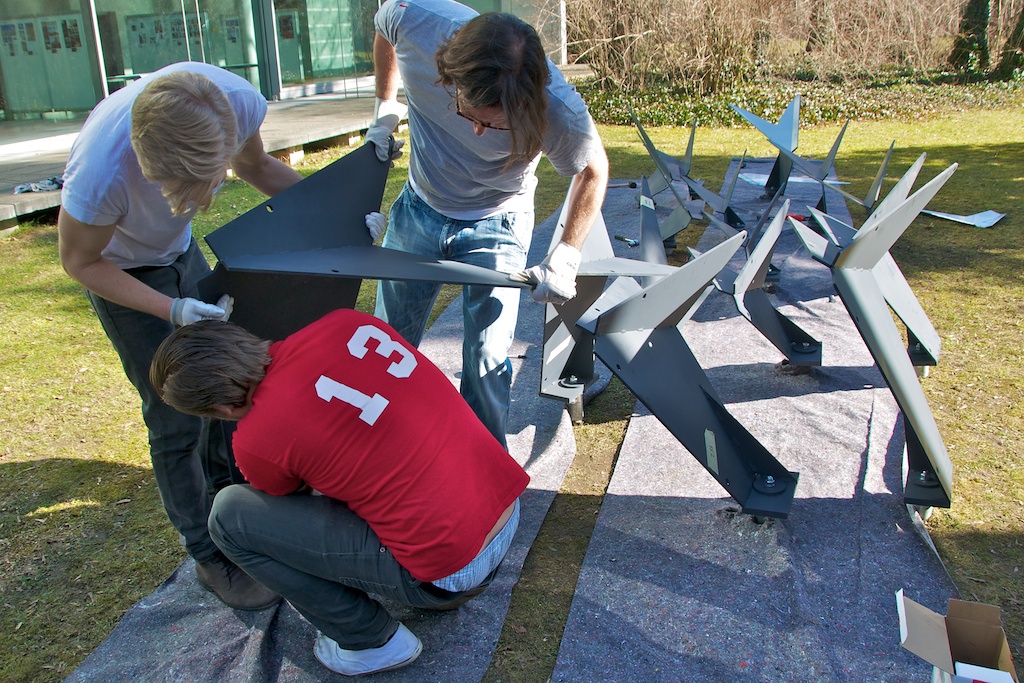 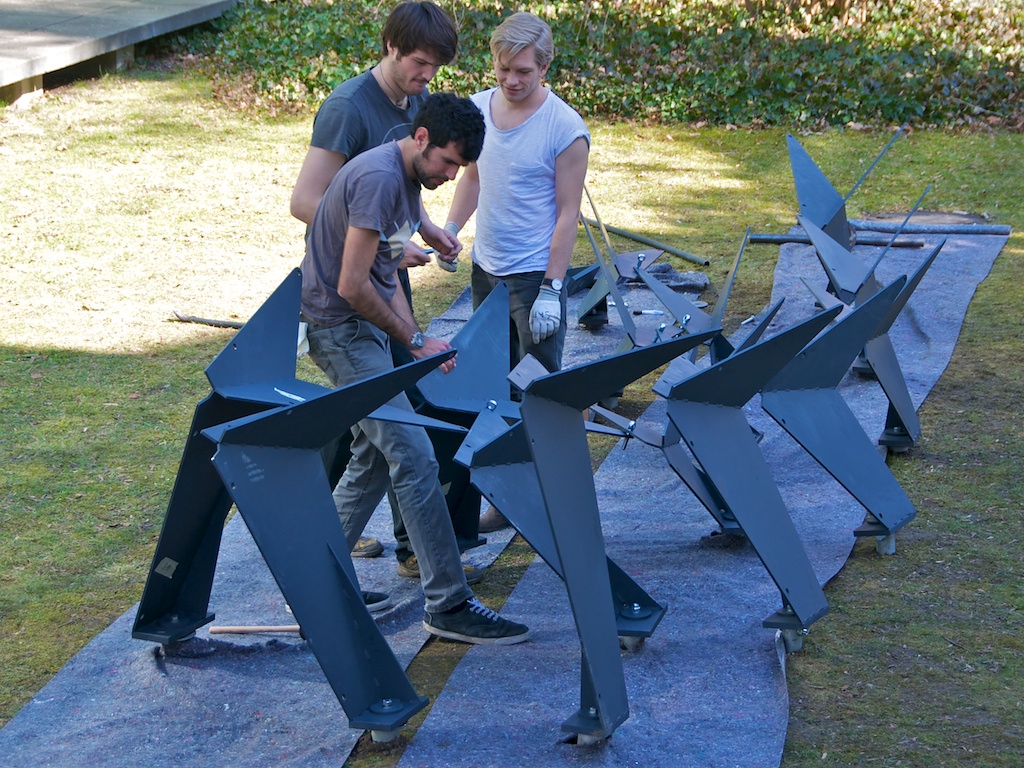 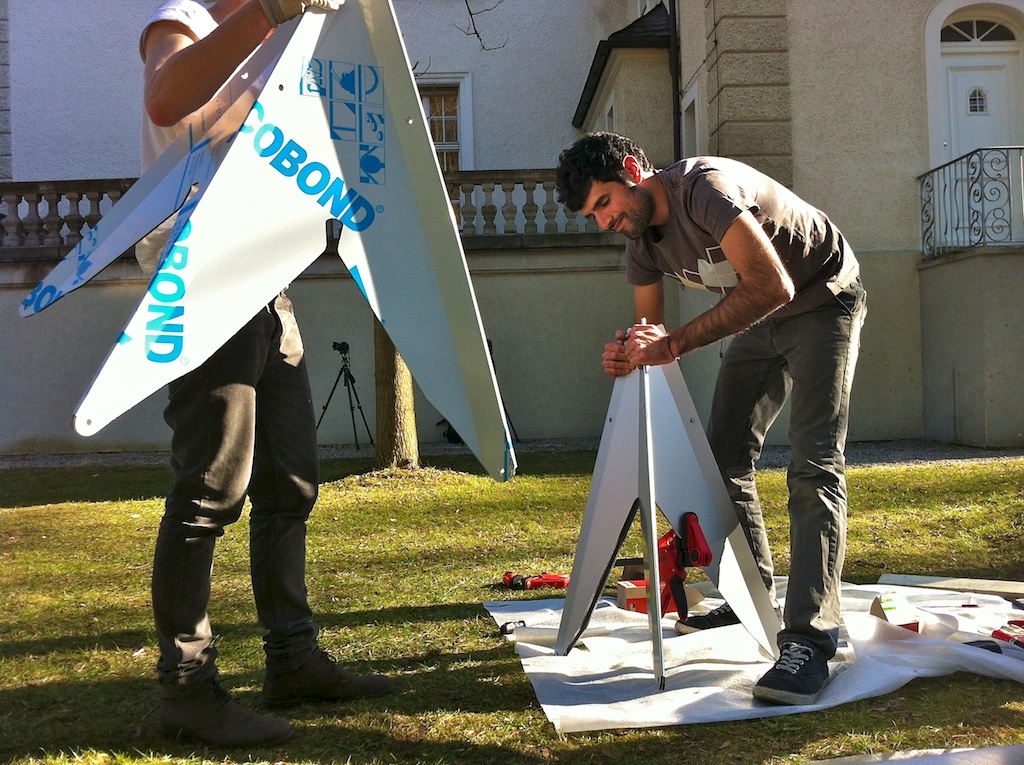 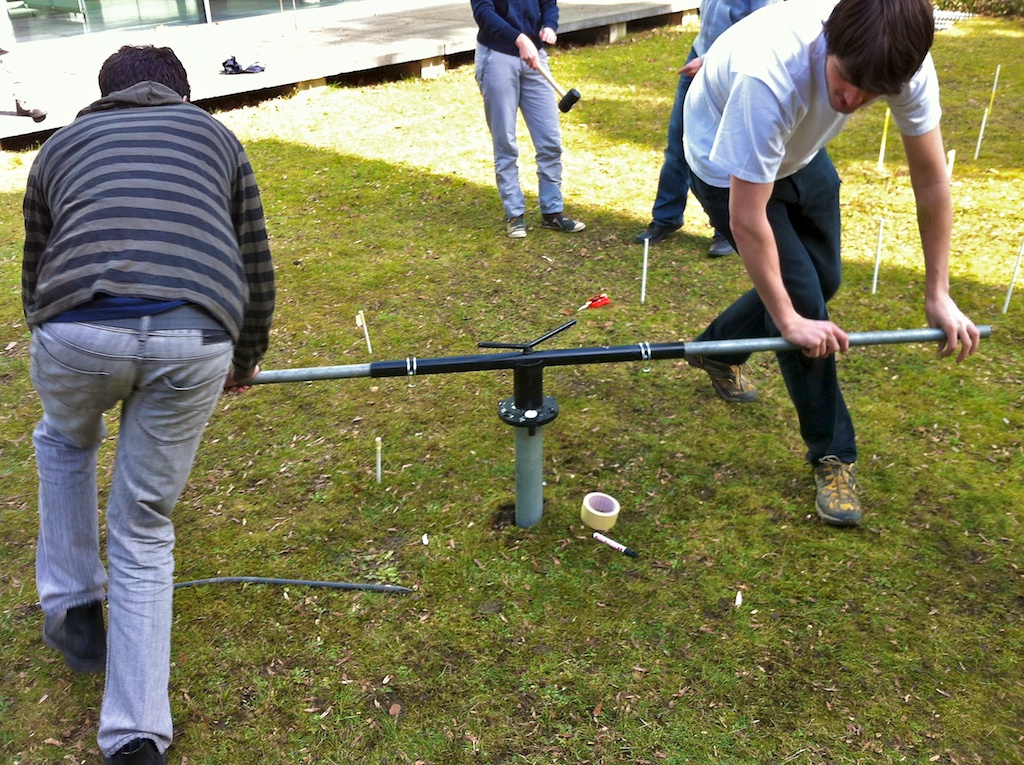 The development of the "SWARM" finds its origin in April 2011. At the Institute for Emerging Technologies at TU Munich, the idea was born in collaboration with visiting professor Charles Walker as part of an internal student contest. At the intersection between architecture, engineering and product design, The Swarm was chosen as the winner in July 2011 by a jury of renowned external architects, designers and industry representatives.

This first draft was the basis for the now presented final result: Within five months, the students Sabrina Appel, Max Langwieder and Sascha Posanski instructed by the assistants Nadine Zinser-Junghanns, Wieland Schmidt und Moritz Mungenast put the realization of the SWARM into practice. In doing so, the project became an exemplary cooperation between various departments of the Faculties of Architecture, Civil Engineering and Geodesy at the Technical University in Munich.

The developed structures lead to a result that is unique up to now. The main material used is the composite Alucobond. By combining various milling techniques an intelligent folding of the plane material is enabled, which are thus brought into a three-dimensional, stable form. Due to the character of the material the pavilion is weather resistant and thus suitable for use in outside areas. To compensate the forces affecting the sculpture, three different bird-modules were developed: one-way folded modules, modules with a folded Alucobond inlay and for the base points modules with a steel inlay. This method assures a consistent shape of the modules, an optimal distribution of forces and also supports the nodes.

Now a 1:1 model is realized in the outdoor area of the Bavarian Chamber of Architects. The 14 meter long, 4.75 meter wide and 4 meter high sculpture reflects the complex system it is based on. Viewing the pavilion from sideways it shows a dynamic flock of birds. In contrast the back view reveals the clear logic of the system by looking at the formation of the modules. The visitor is invited to discover the characteristics of The Swarm through one’s own personal experience and impressions.

The project is supported and sponsored by 3A Composites GmbH, Aluform, Metallbau Böhm, Würth, Erco, Terrafix, ThalerKies and Boels.

Outdoor area of the Bavarian Chamber of Architects 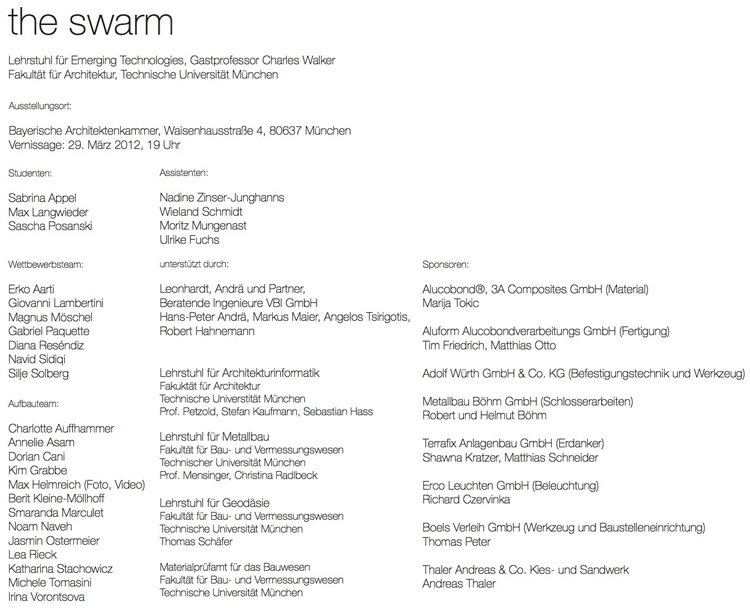 how to find it:

super work. I congratulate you.

It will be there until the end of Mai. Don't go there on Sunday the gate will be closed.

I hope to see in person, I'll be at Munich at the end of this month. I'm visiting TU too :)

It's just getting better! I'd love to be there.

FANTASTIC, "all them metal boids"!

You and your team have done really great work!

sorry I cannot attend the vernissage :(