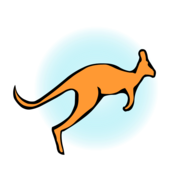 THIS FORUM IS NO LONGER ACTIVE. PLEASE POST ANY NEW QUESTIONS OR DISCUSSION ON:

The discussions here are preserved for reference, but new questions posted here are likely to go unanswered.

Kangaroo is a Live Physics engine for interactive simulation, optimization and form-finding directly within Grasshopper.