Shelling polysurfaces for fabrication and miters

I have a geometry question that is challenging my idea of building an object made in rhino from planar surfaces:

I understand intuitively how regular convex polyhedra can have their faces be given thickness such that the sides of those new, thickened side solids are also planar-- i.e. a shell of a cube can be built from six solids that are extruded squares mitered at 45 degrees, or a square truncated pyramid.   These pieces are easily fabricated.


My question is: under what conditions is this "planar miter" goal impossible?   And, following that, is it possible to develop any planar-faceted solid into a thickened shell whose pieces all have planar sides as well as faces?

I've been using weaverbird's offset mesh to get started, see pictures for clarification... 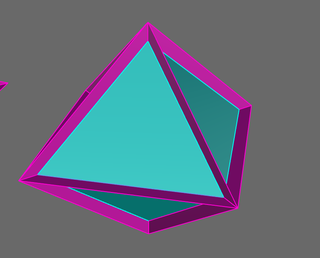 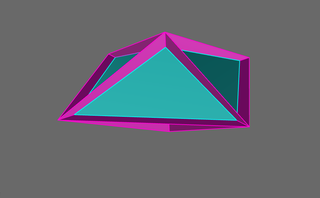 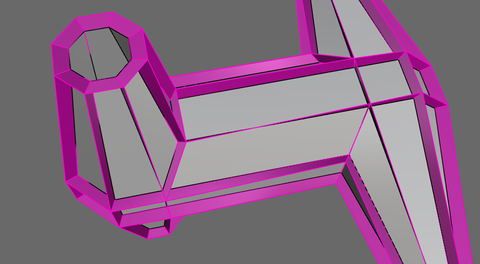 That's a bit of a loaded question.  At one point it was a fairly active research topic.

You can look into the work of Mr. Pottmann, et al, and his evolute software.  I attached one of his papers I found somewhere which seems to coincide with your general question and might provide some terminology for additional research (i.e. meshes with "torsion-free" nodes).

Mr. Piker may have had his say on the topic on this forum or his blog.  I can't recall anything specifically at the moment...

Had to compress the PDF a bit...

Permalink Reply by Joshua Jordan on July 17, 2014 at 6:07pm
Thank you taz. Very helpful just to name the problem, loaded as the question is.

Permalink Reply by Joshua Jordan on July 17, 2014 at 6:17pm
My take away from quick research is that torsion~free nodes, i.e. a mesh with sequentially coplanar "vertex normals," is a property that can be guaranteed for planar quad meshes, but not for those with triangles. If I figure this out via GH I will repost my findings. Onward!

You are right that what you are after is coplanar vertex normals.

I'm sure I'm not the first one to point out, vis a vis kangaroo, that elegant solutions to geometry problems are just that much more *satisfying* when they CINCH firmly into place.

There is, as Taz references below, a resulting rationalisation issue with incident edges not aligning if you are required to have edges (or beams as it were) of constant thickness.  But this solution still allows you to articulate the original mesh surface (on the inside in the above case) perfectly.   it's great!

:) hmm "CINCH" - that reminds me, maybe I should put the sound effects back in Kangaroo... (some of the earlier versions made noises)

Regarding constant thickness and the offset meshes Taz mentions below - there are several different types of 'constant offset' meshes we can talk about.

- Vertex-vertex, where the distance between the corresponding vertices of the inner and outer mesh are all the same (potentially simplifying the node detail)

The first 2 can be achieved if the mesh has the property of being conical or circular respectively (and you can use Kangaroo to optimize for either of these properties, and in general this requires slight modification of the form).

Unfortunately exact edge-edge offsets are generally not possible in most cases, even allowing shape modification. If you look at figure (b) in the post below, you can see that for the beams to 'node out' both top and bottom and be equal depth, they would have to also form the same angle to the node axis, which severely limits the possible geometries.

However, in practice the difference is usually much smaller than shown there, and the node can often be detailed in such a way as to conceal it entirely.

Very true...  Pondering your statements while keeping this thread alive a bit longer.

excellent!! the solution is so elegant, thanks!

Mr. Piker fell for my trap!  This fun will get me through Friday afternoon...

I "think" (in a non-mathematical proof type way) there may be geometrical constraints between having coplanar vertex normals and a constant offset mesh (i.e. beams of all the same depth) except for some of the trivial cases Joshua started with. 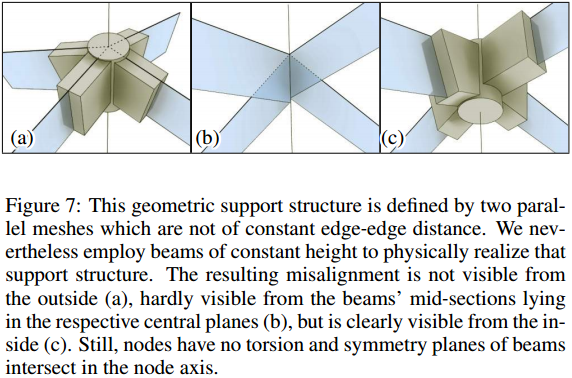 Ohh I'm bummed I came into it after the era of Kangaroo sound effects.  I think they would overlap quite closely with a Roadrunner/Coyote cartoon.

This has been quite helpful, both in supplied definitions and linked research.  Have been able to rationalize a large piece of public art.  Will supply pics/details as they become declassified.