I was involved in a smallish debate recently about if code is the "right" way to do business  (VS GH components):

Anyway I'm the lest person to provide advises about what each user should do, but in case that you are considering Plan B ... here's a sampling of some (already posted I believe) 30 C# cases in a vast variety of complexity (out of about 315 available). 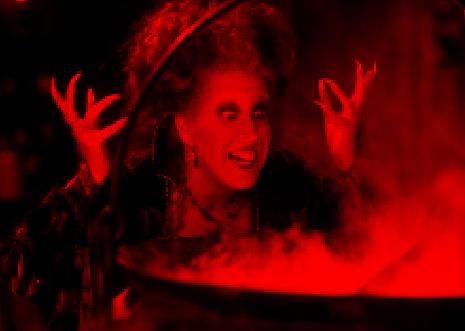 But does this "off-topic" thread belong here? (it depends from the point of view, he he)

Permalink Reply by AnewGHy on February 16, 2015 at 4:25pm
Peter, I've always thought you were mad. Im glad I was right; you're brilliant (thank the madness) and on a higher plane which makes you misunderstand more humble minds, and the humble minds feel stupefied when confronted by your elevated thinking and ability.

I (rather obviously) fully support your position, however I think the upset expressed by individuals on this post is valid. They are not on your level. They never will be. They probably won't ever need to be. And that's why you run your own business (let's use American Sniper analogy: you're the sheepdog) and they're the sheep - they're skilled people, but require a safe environment within which they can work. Without them you wouldn't be able to run a successful business. Without you they wouldn't have jobs. It's a symbiotic relationship; and please, anyone reading this, I'm not saying this to be provocative, it's just the way the world goes round. Think about the leaders of Google, Apple, Tesla, then re-read the above; it should provide solace to anyone struggling to accept that there are minds out there far greater than their own.

Anyone with real experience in office will know that Peter is making an irrefutably valid point; any building project, even remotely advanced - and like Peter I am making my argument strictly from the perspective of real-world design and delivery of a building project - requires a robust tool to deliver. Utilisation of a computational design tool will invariably warrant some sort of intervention to that tool that supports the needs of the project, namely: coding. I have argued before that without this intervention the designer is then restricted to "prepackaged components that could potentially kill off a novel design solution". That said, the use of GH natively for such endeavours will always suffer this fate, not unless the scheme utilising the tool is largely simplistic. It is not an AEC tool.

The paradigm shift in the AEC industries to BIM means Rhino and GH are going to be defunct if they fail to evolve. I'm confident they will, but clearly these tools will never be primary design tools. Dynamo is an interesting one to bring up; I predicted a while back that GH was the "Betamax of the parametric world". The fact that Dynamo plugs into Revit seamlessly and that increasingly, Revit is taking a stranglehold on the market, means that there may be some truth in my prediction. Admittedly, it still has a long way to go before Dynamo or Revit is anywhere near Rhino/GH. A surface modeller with a brilliant algorithm editor (ie GH) has its uses, but ultimately it could find itself wiped out by the prevalence of BIM authoring tools, the associated government legislation, and the desire to utilise modern technology for design realisation.

Grasshopper is a tool geared largely towards students - it's colourful, pretty, engaging, "easy to use" (a fallacy up there with man-made climate change - ask the sheepdog if you don't understand why) and has successfully opened up a whole new world to a generation of designers (rue the twisty towers, voronoi, hexagonal cladding, circle packing and 'wallaby'). But equally when these students graduate - as Peter points out - they then use GH for live project work and therein lies the problem. Of course this doesn't cover all cases, but nevertheless, a failure to understand the demands of professional practice - a disregard to broadening ones horizons - has the potential to lead to a catastrophic brain-drain for the built environment and engineering. Why not embrace the opinions of others (Peters) who have identified this and wish to enlighten? But then this forum never has been democratic, I know it all too well; any opinion at odds to the collective mass gets shunned, accused of 'trolling', and vilified.

In conclusion, Grasshopper can only be used for project delivery with the aid of coding. I closely observe many (only decent) building projects that have used GH for project delivery and it's the same recurring theme: coding to bridge the GH shortfalls and get the job done. Visual programming by itself is intrinsically flawed, after all why is GH programmed with code? This is the point Peter is making and one which he feels is important to convey; coding is a requisite for anyone seriously looking to implement GH as part of a real-world work-flow for building design and delivery. That's the truth of it.

Now, best run before the GH fanboi mob comes after me - it's been a while and I'm sure they're thirsty...

Hmm ... I say (thanks for your kind words but I can sense 2 candidates for a permanent ban)

Let's broaden the whole thing (since the ban is certain: why bother? he he):

1. GH is indeed an academic thingy (as stand alone product). But on the other hand it's widely used and is the "standard" seed for cultivating the new generations. With this in mind I rate it ... er ... hmm... higher than Generative Components. Because GC (and the ParaSolids 3d kernel that derives from Siemens/NX) may be mighty (if we forget this, this and that, he he) but is almost totally inaccessible: requires several years of training and then ... yes ... it can eat GH for breakfast as regards AEC matters (but this IS NOT the point, nor it means that GH is "worst").

The analogy is: GH is like my FireBlade (homogenous, easy) and GC is like my Panigale (lethal if not treated properly). On the other hand Honda cells 100 times more Blades than Ducati Panigales.

2. This cultivation thingy is/was NEVER understood by Bentely Systems (I had some very nasty Skype sessions on that matter, he he).A critical mistake that one, but then again Bentley doesn't like going to bed with individuals and ... maybe ... they are in the right path (a bit hilly, he he).

3. Dynamo on the other hand ... well I'm a Bentley Systems man so "by default" I dislike AutoDesk products and/or bought ones (TSplines excluded). But humor apart ... I dislike Revit for a vast variety of reasons the primary being the approach for effective parallel/team work. AECOSim on the other hand is brilliant on that matter. But Revit is dangerously close to become the BIM standard (which means - by default - that's the wrong thing).

In conclusion: In Planet Zorg this is the way to do AEC stuff: GH (scripts only) + GH add ons (if required) + GC (works only with scripts anyway) + AECOSim + you name it + CATIA/NX + you name it.

Moral: A classic Alice in the wonderland case that one: i.e. an amoral one, he he

I guess what I just find so odd is the notion that Rhino+GH somehow isn't currently used in "real-life" AEC. I see them everywhere - in major offices - used to great and various effect. Obviously one isn't going to do solid modelling, shop drawings for even routine steel connections, or produce CDs for anything bigger than a house from R/GH...so I suppose if that's your criteria for what makes an AEC product, then you're correct. But there are so many other applications for it, and they're used in practice - as critical components in massive projects - all the time.

Oh god, for a second i thought Peter had set up a second account. Comparisons to Steve Jobs, Elon Musk and Sergey Brin...

I cant help feel that both of your greater minds could spend your time more wisely. Instead of trying to educate gh fanboys, one forum post at a time, you could be changing the world.

Personally i would prefer to trust opinions on how to use gh based on the quality of the work produced in gh by that person. Whether it be design work, plugins or general assistance. In the scope of work that you have posted to the forum, I can only presume your argument comes from experience of really complicated space frame structures. Sometimes needlessly complicated. Which is perfectly valid, if that's what you want to design, and I'm sure GC-AEC is better for these. but its a pretty insular perspective to have such an aggressive stance on gh forum.

I always enjoy reading the debates created by this kind of tension, but shoving this agenda down the throats of every gh beginner that is asking a simple question has absolutely no value.

I blame David for this thread! If we had another release to be concentrating on we wouldn't be bickering amongst ourselves :)

Perhaps not a valid comparison, but I don't think people have gotten this riled up since the days of LINE...