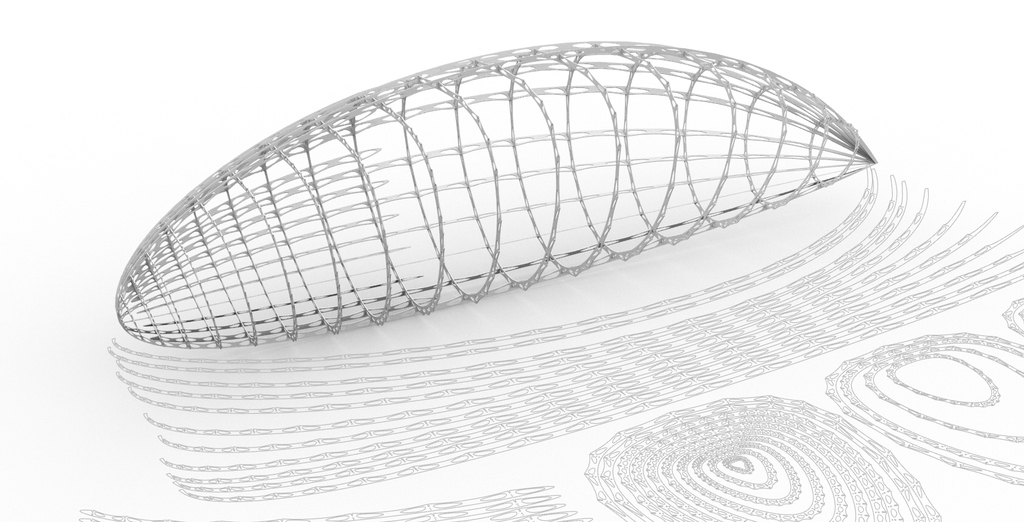 When I posted my NACA series 4 aerofoil generator Definition I suggested that it could be used, among other things, as a basis for creating Velomobile fairings. The decidedly Steampunkish Mosquito Velomobile, with its lightweight wood and fabric frame (based on the ANC-18 aircraft structural design guidelines published by the US government in the 1930s), is the kind of thing I had in mind.

To illustrate how this could be done I've put together a 'conceptual sketch' Definition in Grasshopper which generates a similar class of structures directly from the NACA equations, before laying out the components for laser cutting or CNC milling.

By replacing some of the constants used to derive the Thickness Distribution with variables it's possible to generate a more practical family of shapes, with greater volume in the aft portion. In addition, as the first 30%, or so, of the shape is the most critical for aerodynamic efficiency, I've set it up so that intermediate half-stringers can be created on its forward portion:

I've extended the concepts I use when teaching slotter-waffling (in GH) here to create something rather more delicate and subtle than usual. While this Definition doesn't create a practical structure in its present form, the basic logic required to do so is now sorted out and could be extended into a practical design tool when required. Labelling and nesting (using only standard GH components!), for example, are already in place and seem pretty robust: