This has already been posted on the GH forum, but I suppose it should have gone here instead ;-)

I've been playing around in Rhino 6 recently, and put together a GH definition to generate NACA series 4 aerofoils. It's based on the equations and methods set out in Abbot and von Doenhoff’s classic student aerodynamicists’ text, Theory of Wing Sections. NACA's 4 series aerofoils are now rather old (they were developed in the thirties), but they are still useful for low-speed applications such as wind turbines or velomobile fairings. They are also tolerant of innacuracies in construction, dirt and insect accumulation, and real-world conditions generally.

I’ve improved on the methods described in the book by using Cosine spacing of the samples along the Thickness Distribution, working from Trailing Edge to Leading Edge so that there are more samples in the critical Leading Edge area, as well as wrapping it around the Mean Line as a single curve from Trailing Edge to Trailing Edge. The Mean Line was cleaned up by running it through a Fit Curve component, to smooth out the bump that inevitably occurs (with Abbot and von Doenhoff’s method) when the equation for the front portion and rear portion of the Mean Line meet. Finally, a Flow component was used to map the Thickness Distribution onto the Mean Line: a lot less fuss than using the mathematical approach that was necessary in the 1930s! 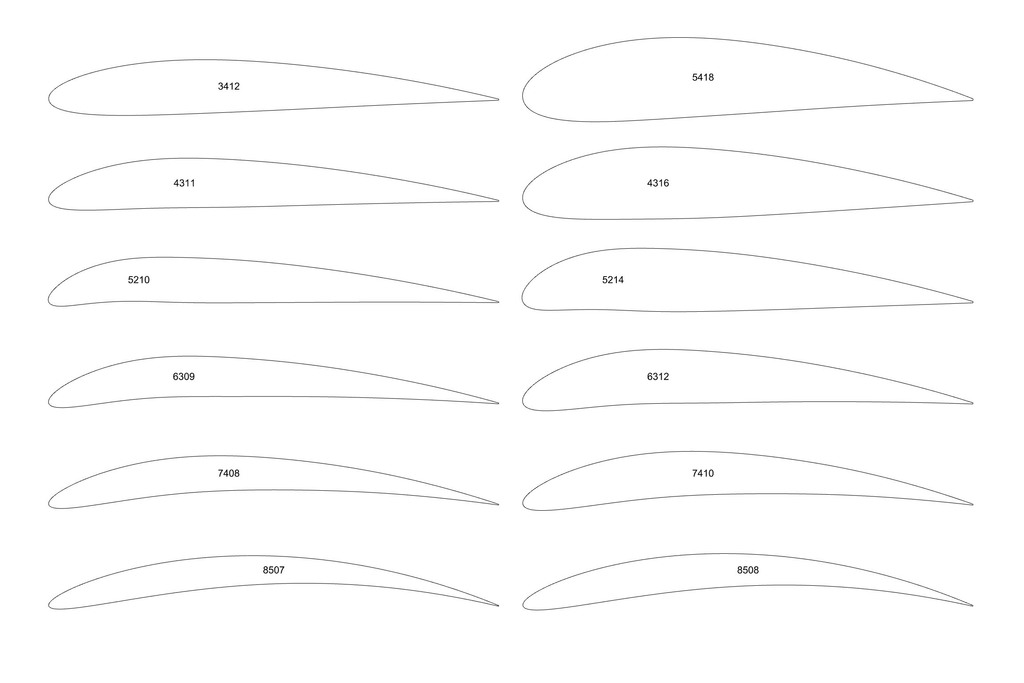 I've taken your suggestion and added it to the Food4Rhino Grasshopper Definitions page. I'm looking forward to it being the first entry under 'Aerospace' when the site updates ;-)

Would you like to add it to food4Rhino as a GH definition?

It's very easy, just follow these steps:
1. create an account at www.food4rhino.com
2. Log-in and click on your user name (at the top right of the screen)
3. Under "My Content", click on "Add Resource", then select the category "Grasshopper definition".
Thanks and regards,