For the better part of two years I worked with Method Design and David Kufferman, PE on the design of the structural steel and connection system used for the cast stone panels in the Louisiana State Museum and Sports Hall of Fame.  The building was designed by Trahan Architects and opened at the end of June, 2013. As one team of multiple consultants working on the later stages of detail design and systems resolution, our own design process began with the surface geometry we inherited from the architects. This was comprised of a maya-modeled subdivision surface and series of nurbs curves that described the horizontal (bed) and vertical (head) joints that were to define the panel breaks.  We, along with Case, Inc. were hired by Advanced Cast Stone to develop a fully integrated system for managing each of the over 1100 unique cast stone panels.  While Case was also hired to manage the entire BIM development for the project, they were also specifically hired to translate the sub-d surface and joint geometries into individual CNC-mill driver shop tickets for the "thickened" panels.  In addition to designing all of the steel for supporting each panel, we were also charged supplying the precise locations for embedding the anchors that would hold them.  It's fair to say that it was a highly complex and deeply integrated process, particularly for "troublesome" panels that defied the full automation algorithms developed at both Case and Method.

At Method, we executed our work almost exclusively through Rhino + Grasshopper.  Later processes for analysis and final detailing were manged in Robot and SDS/2, respectively.  From the inherited geometries supplied by the design architect, we developed an approach to algorithmically "grow" steel onto the back of the panels (we liked to joke that our work was like a reverse mullet haircut, in that the party was in the front and the business was in the back).  In simple and incomplete terms, a series of scripts were generated that:

Along the way, Galapagos was used for some of the trickier and tighter connection locations as well, and many other plug-ins were applied for various reasons, including Weaverbird, [UTO]'s MeshEdit Tools, and Kangaroo.

The following images partly describe ours and some of the construction processes.  Digital images were all produced by Method Design, and construction photos come from the contractors (VCC) and Trahan Architects. 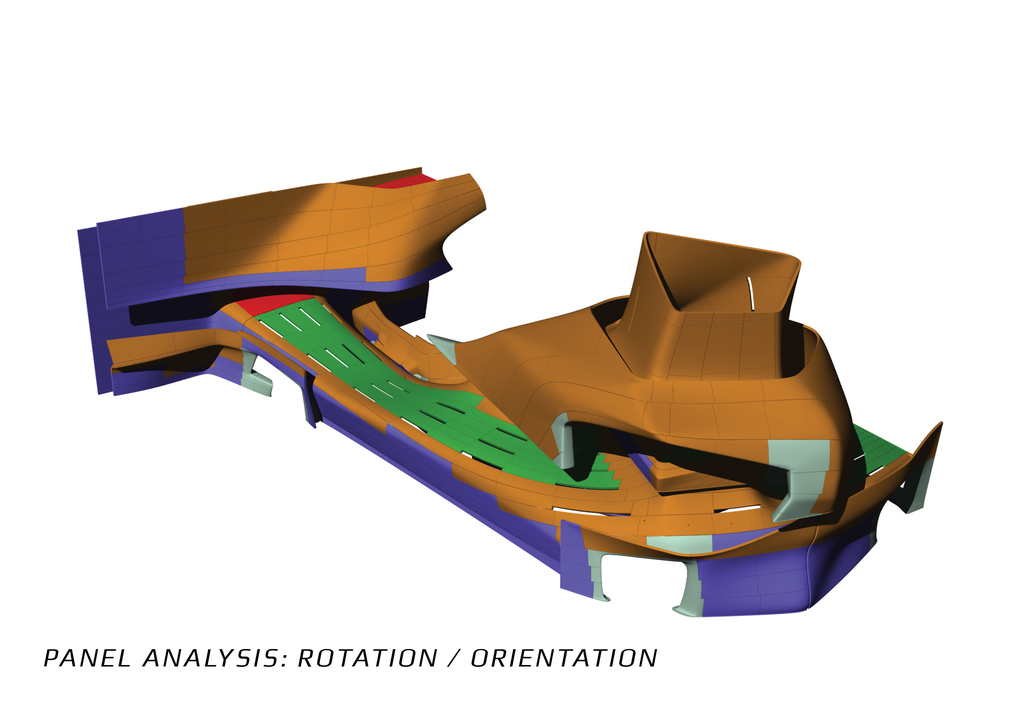 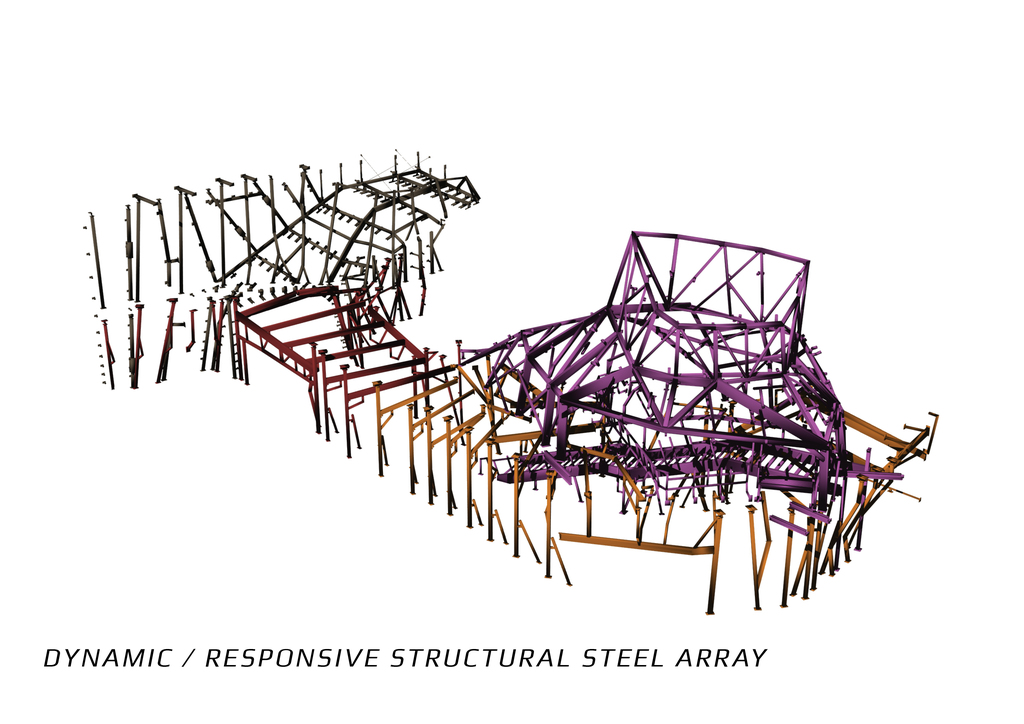 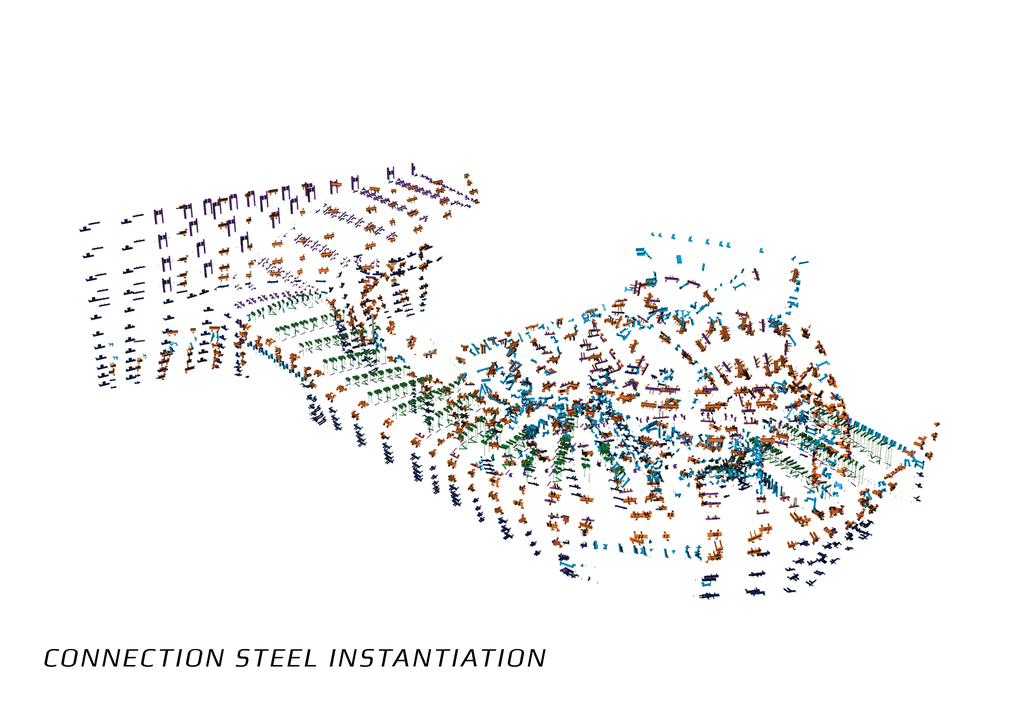 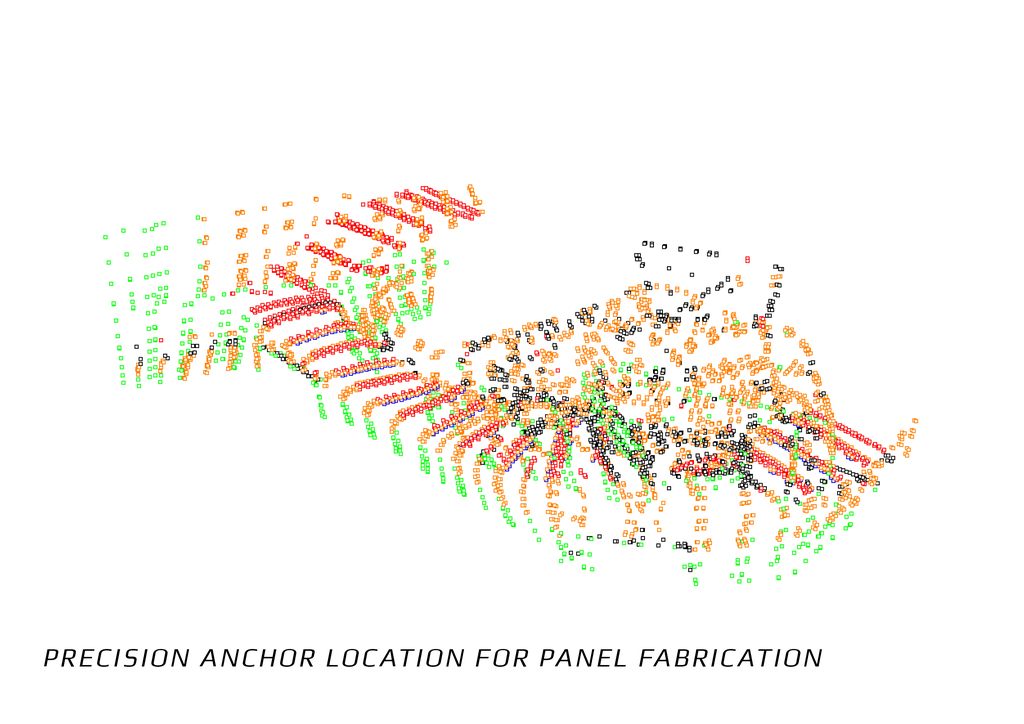 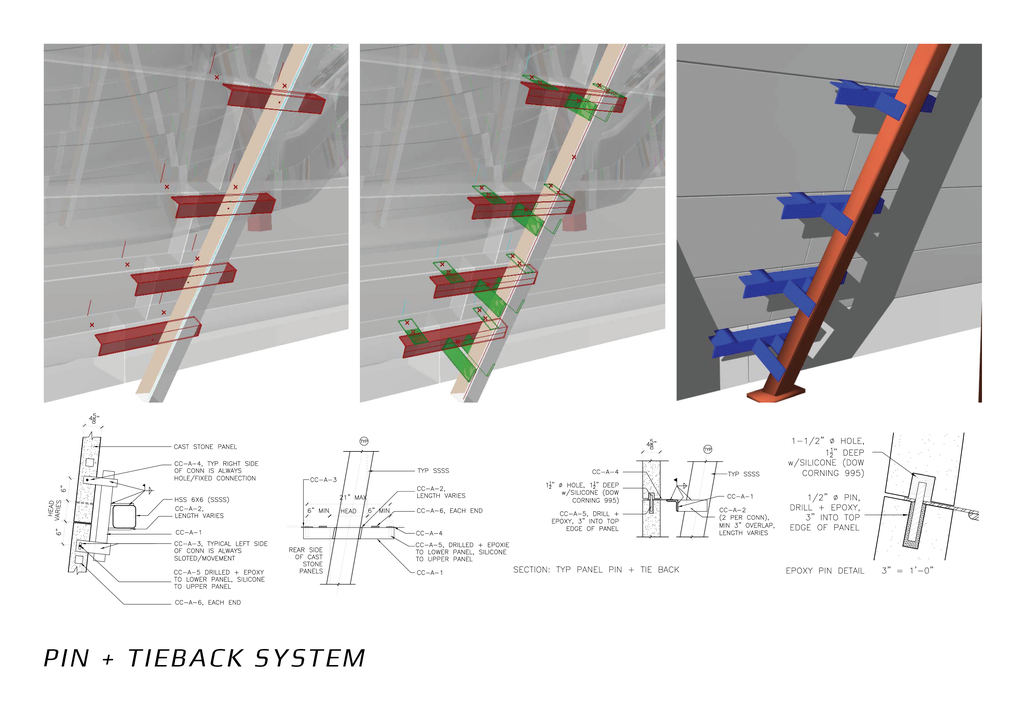 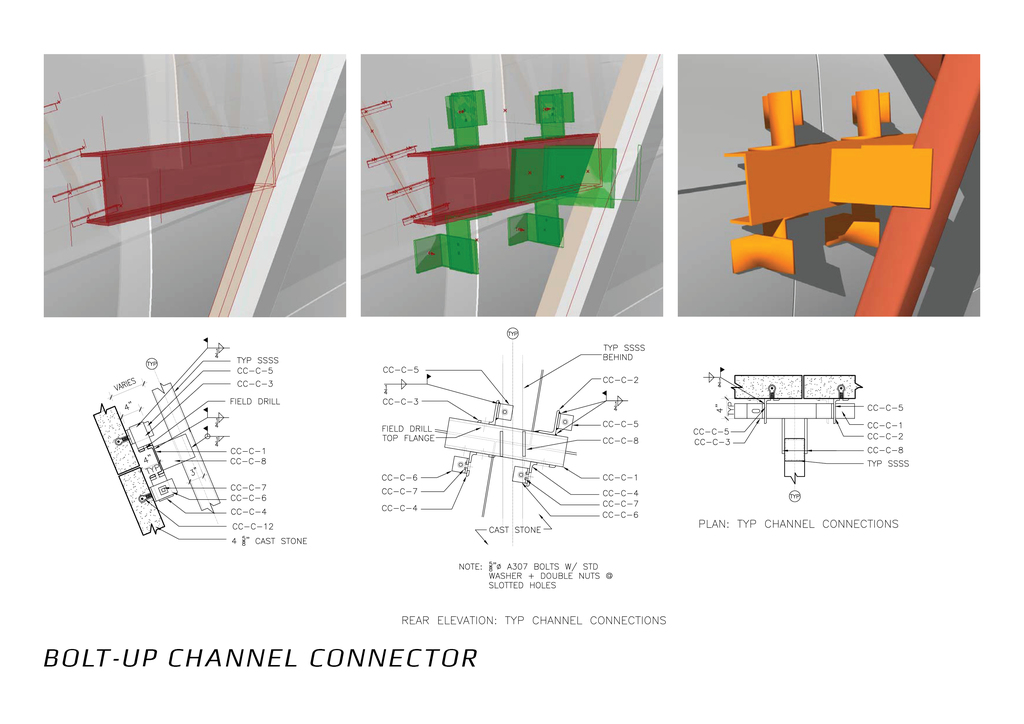 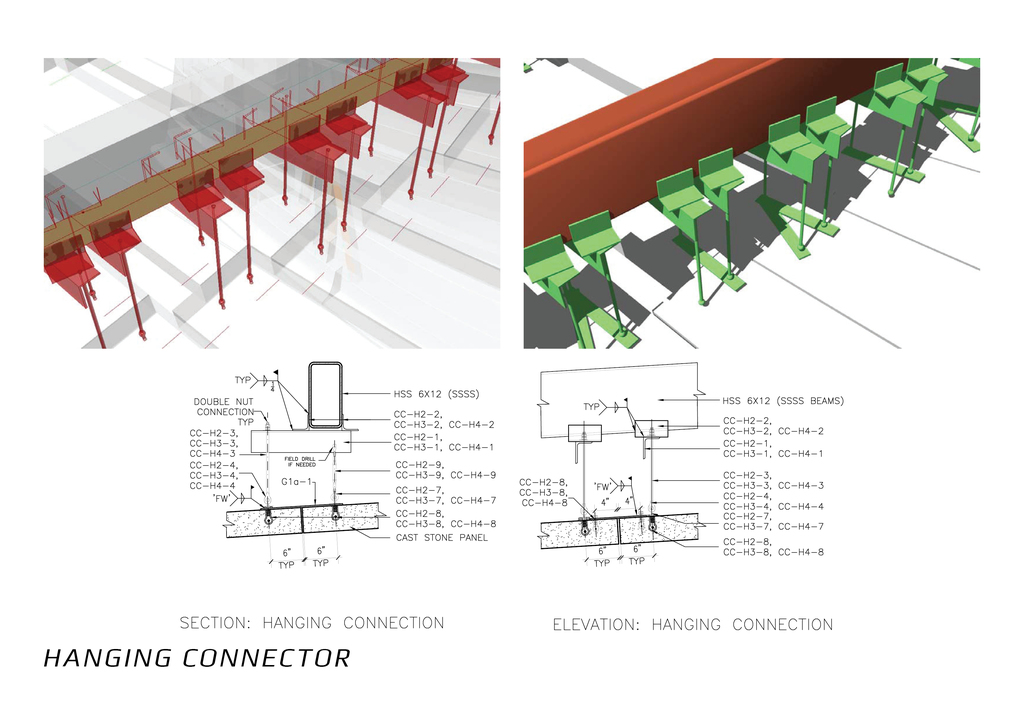 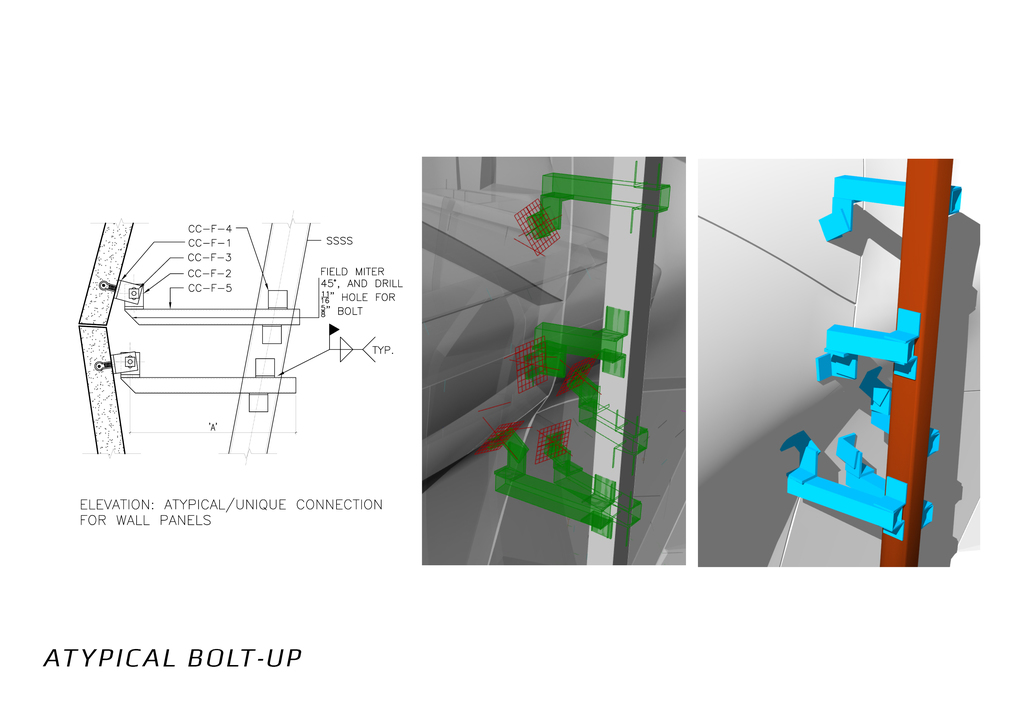 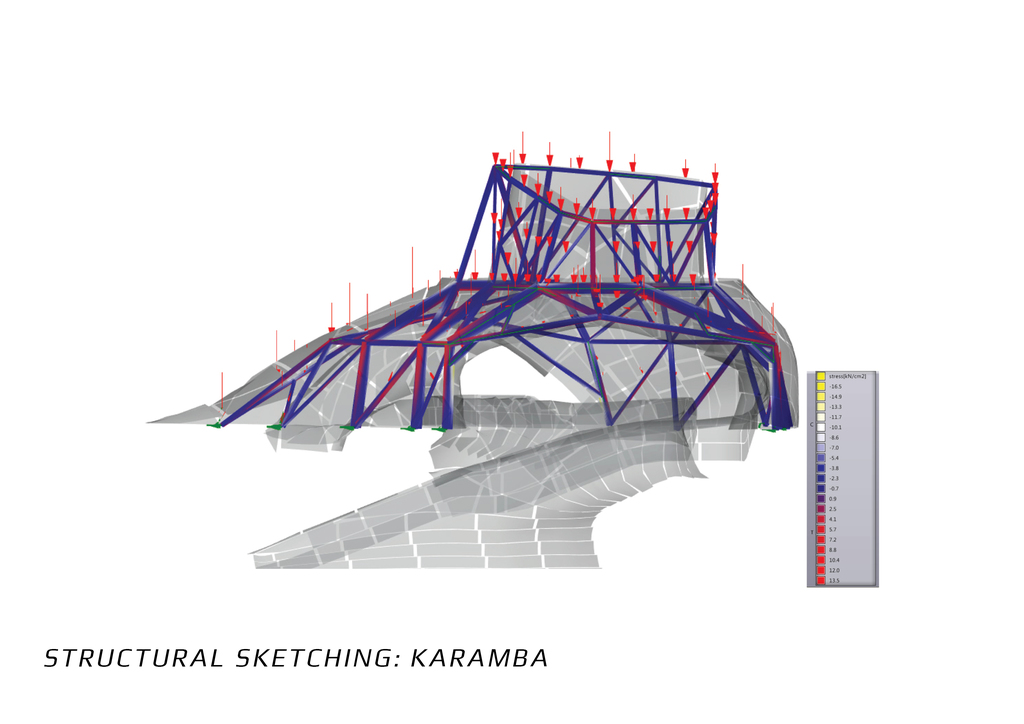 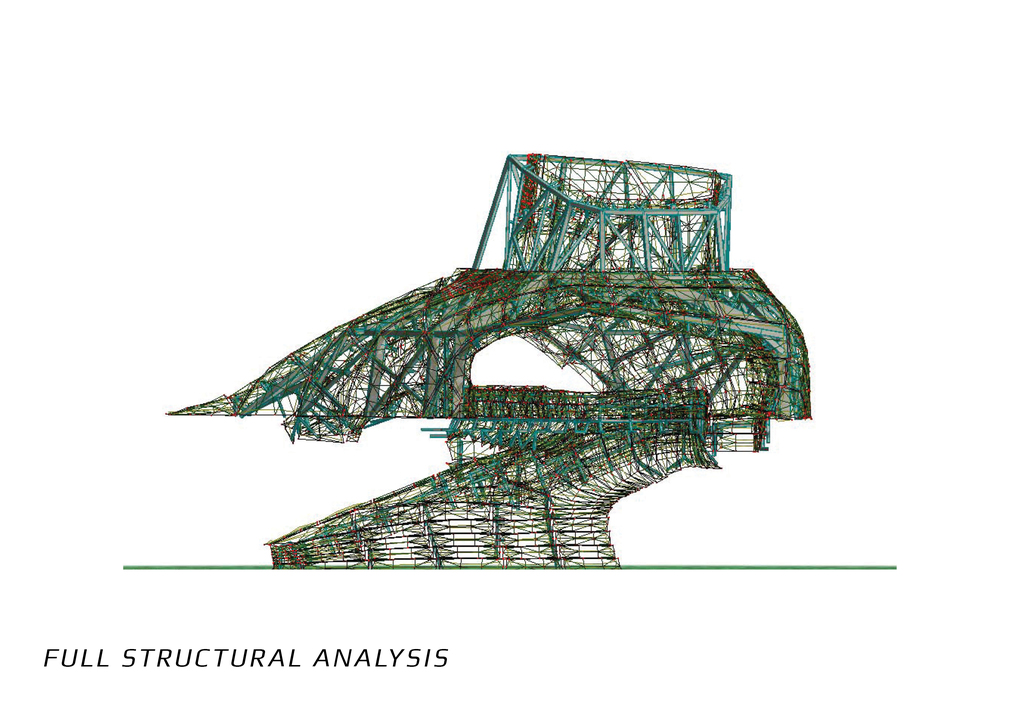 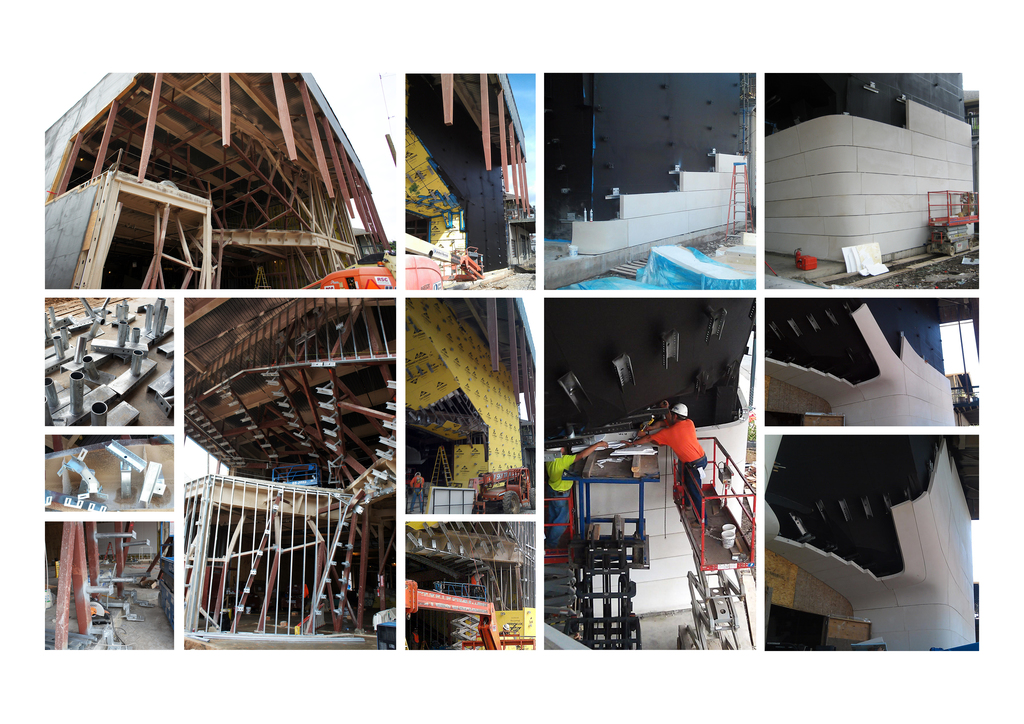 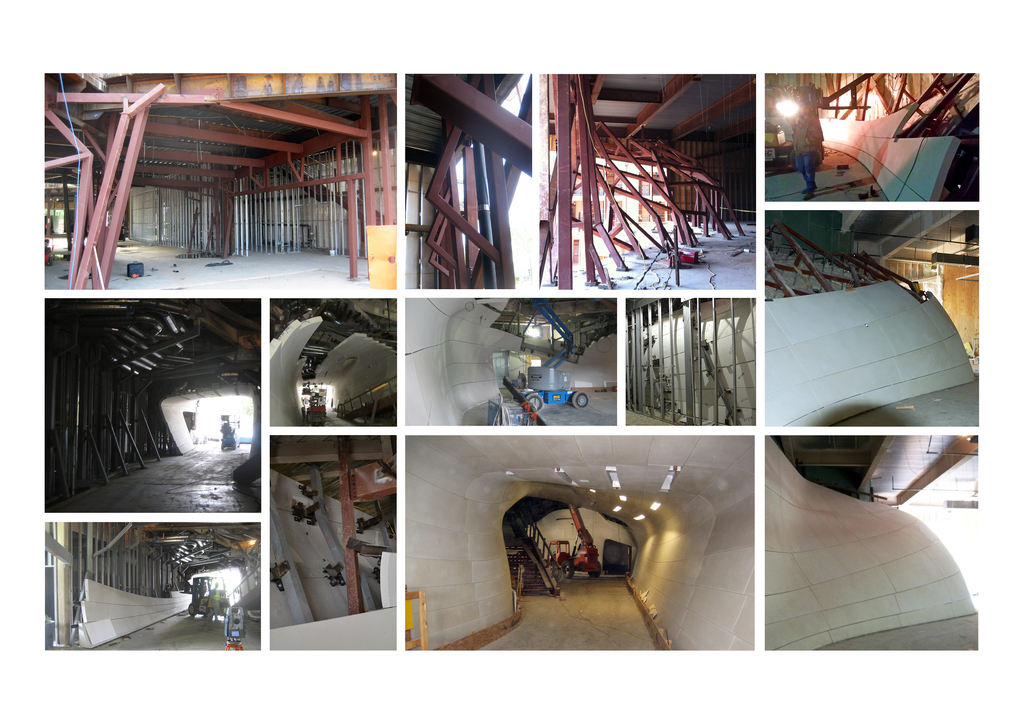 really great to see how modern tools are used in this project. Wondering how things were communicated between architect and contractors.

Awesome I hope someday I could get that power :P congrats

Congratulations to all people working on the project!  This is a great example for those who wonder  what can be done with current design tools like Rhino and Grasshopper, among others ! Also, a great team work.

great work.  thanks for sharing the process images.

Stunning David! This is one of most beautiful buildings i have seen.

Didn't see this earlier. Wonderful project and project explanation.
I wish we would have more of these.

Nice work!  Getting a project like this built in the US must be a challenge.

I'm curious about your workflow.  How are you providing 3D info to the steel fabricator and precaster?