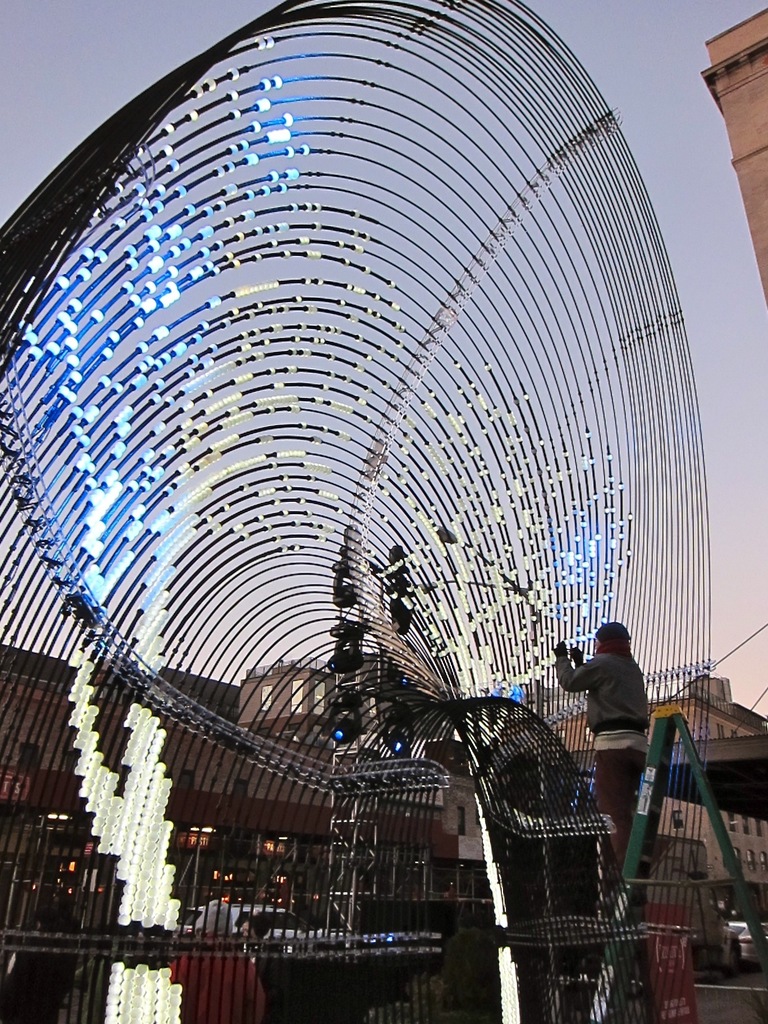 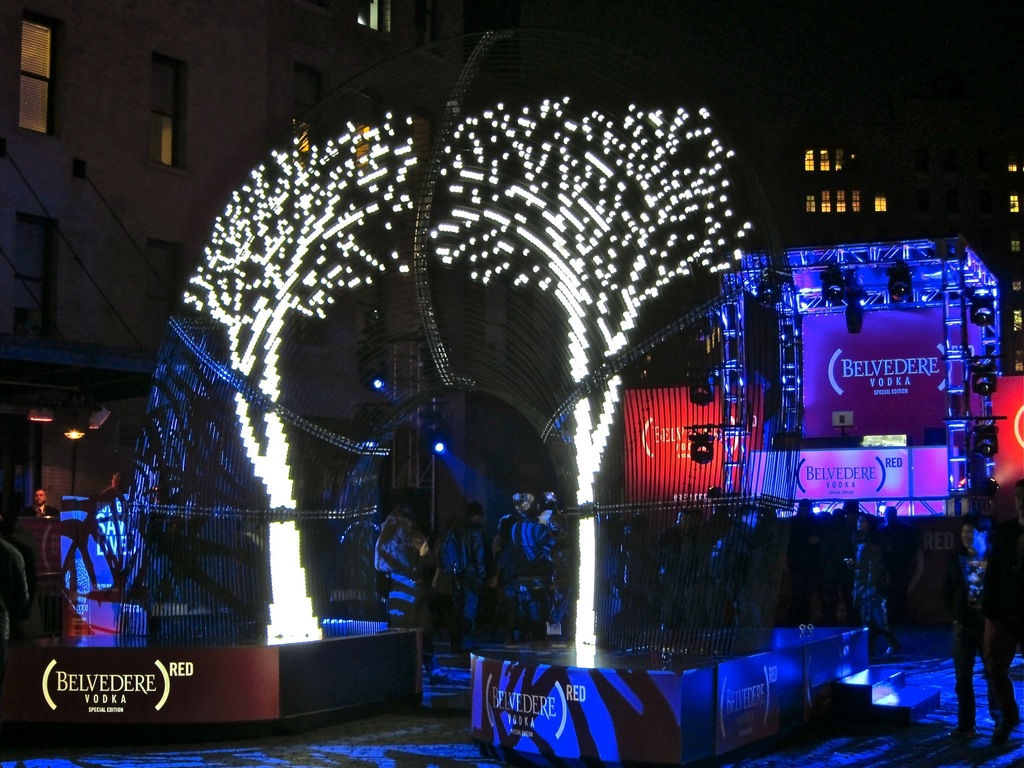 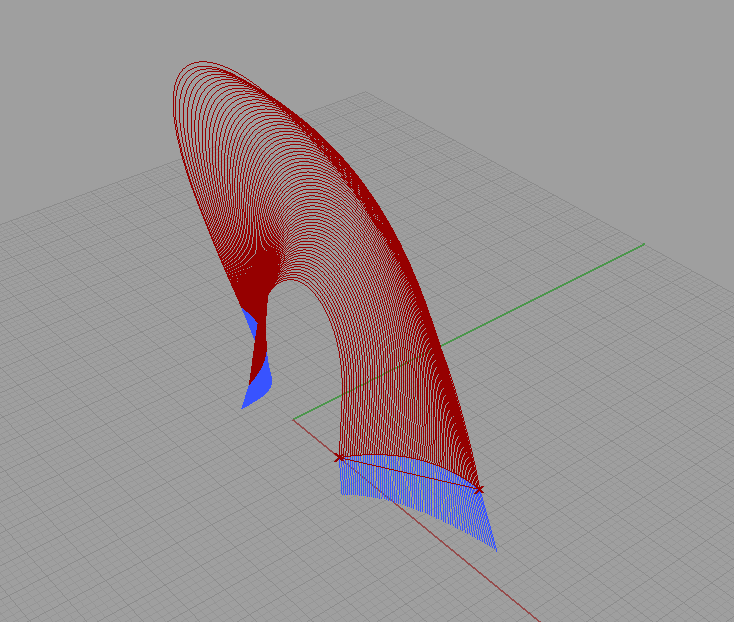 RCD have just completed the design and construction of a sculpture in collaboration with Loop.pH, a London based design agency led by two artists whose previous installations have been exhibited at MoMA in NYC and the Victoria and Albert Museum in London.  The structure was commissioned for a two day promotional event in New York City for Belvedere Vodka and was completed within a very tight programme involving design teams based in Bristol, London, Denmark and New York.

The structure consists of 85 carbon fibre rods each 10mm diameter which are bent to form a 5.2m high arch spanning between two plywood timber bases.  Each rod holds a series of LED lighting elements which together form an image of two trees; the symbol used by Belvedere to advertise their brand.  The challenge for us was to design a structure which would be stiff enough to withstand the high winds that can be generated in the city whilst at the same time maintaining enough flexibility to allow the image of the trees to sway in the breeze.  The solution was to use the shape of the arch to create a stiff form as well as tying the rods together using five transparent Perspex ribs forcing them to act as a surface with a combined stiffness greater than that of the individual rods.  We collaborated with Loop.pH on a parametric model using Grasshopper and Kangaroo to create a form generated purely by the bending of the rods.  The whole structure was stopped from overturning by steel stage weights inserted into the plywood base.

The project is a great example of collaboration across a number of offices in different parts of the world and the leverage of some highly level technology to deliver a complex project in a short space of time.  The structure has now been built... and taken down again:)

You have to seen the online here free hearts games online card many players have to exited to join it fun.

Thanks to everyone at Ramboll for the great collaboration. It was critical to realise the piece on such a large scale and short time frame.

We appreciated the sensitive approach to the engineering that maintained our artistic vision and  the ephemeral nature of the piece.

There is more documentation of the process here.

Thanks also to Daniel Piker for his work on Kangaroo. We are still amazed how easy it is to recreate our material form-finding processes into a digital design tool and establish a continuos digital-analog-digital workflow.

Comment by Ramboll Computational Design on December 10, 2012 at 1:50am

Yes is was a lot of intense work for a two day event, but also challenging and fun :) We believe that we've leart a lot from this and hope to develop the idea further for another project in the future.