Coming soon to a push-pull modeler near you....

Visit The Proving Ground tomorrow, April 2, for an update on this new killer-app....… CASE is in the midst of planning Computational Design workshops in our new NYC training lab.  Take this short survey to let us know a little about what you would like to attend in the future...

In April, I will be giving 2 back-to-back lectures:  The first will be at the University of Minnesota followed by a lecture at Woodbury University in Burbank...  you can find out more @ my blog.…

The Proving Ground is holding a computational design meme contest that will be judged in the most unscientific way possible.  The 'top 4' will be arbitrarily posted to The Proving Ground blog and the full gallery of submissions will be available on Facebook.

Winner gets a pat on the back... maybe a free beer if we somehow cross paths in the future.

Check out The Proving Ground for more...… 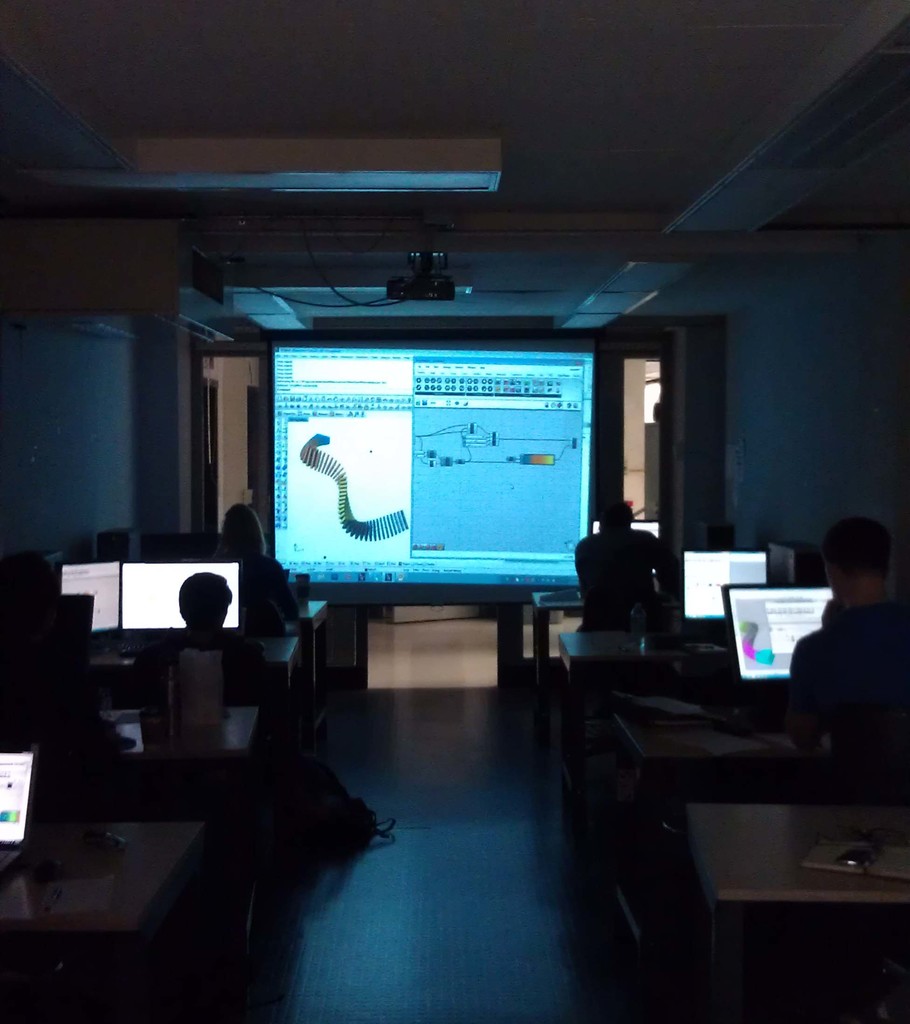 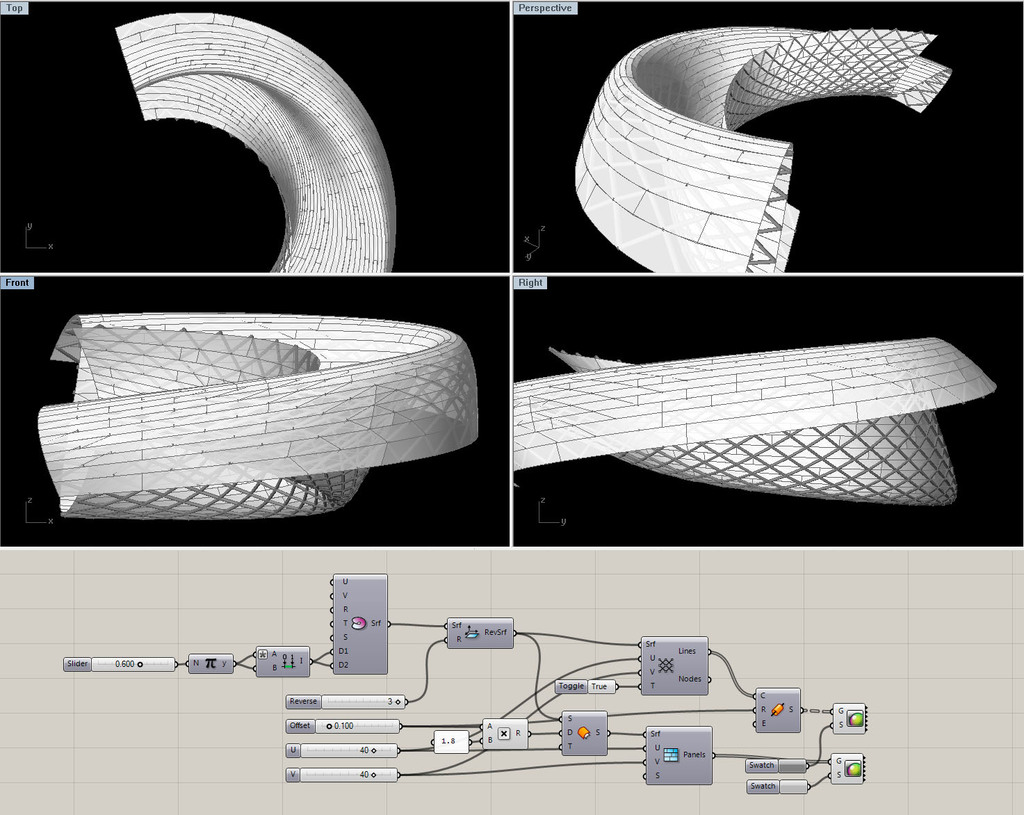 The Proving Ground will join the SOPA/PIPA blackout. Will you?

EDIT...  The js blackout script is gone and the site is back to functioning normally.  It seems even the Slingshot! Twitter component got involved today.  ;)…

UCLA Grasshopper Workshop on Jan 14 and 28

Visit The Proving Ground for more…

I have started to create some better documentation and tutorials for the Slingshot! plug-in. The page is a work-in-progress.  More examples and reference materials will be made available as time permits.

Currently, there is documentation for:

Happy Holidays from The Proving Ground

A holiday message from The Proving Ground...…

Hello all, I have create a survey for Slingshot! Database users...

The survey is to assess how to improve the Slingshot! Database plug-in for Grasshopper and determine other possible development tracks.

I am happy to announce a new milestone update to the Slingshot! plug-in for Grasshopper. The aim of the tool is to combine the power of parametric modeling with relational database management systems. Previously, MySQL was the only RDBMS supported. The new version includes support for …

Head over to The Proving Ground to see my latest post on data visualization with Kangaroo and Slingshot!

I have been playing with recording the slider activity and fitness values as Galapagos runs a solution.  The parameter changes are recorded using the 'record' component and then sent to a MySQL table.

It is then possible to query the database and easily investigate the entire range of solutions offered by the evolutionary solver.

A new release of the Slingshot! GH+MySQL plug-in is available.

The release is a minor update which re-organizes a few categories and also includes a new generic MySQL Command component for executing SQL operations not included in other components.

The main reason for this release was to introduce…

The book for the 2011 ACADIA Regional conference is available for a free download. The conference was hosted by the University of Nebraska Lincoln this past spring.

I have released an open source plug-in which allows Grasshopper to send commands directly to AutoCAD using COM.  I have tested this on my machine running AutoCAD 2011 64-bit on Windows 7.

I have released the source code so hopefully the bones can be used for different purposes and software versions.

If you develop a cool use for this, let me know!  I would love to feature it.

The plug-in and source code are available at…

The MySQL plug-in allows you to access, query, and write data to MySQL database servers with Grasshopper.  SQL stands for "structured query language" and allows you to set up sophisticated relationships between large sets of data.

I have been experimenting with using MySQL as a data store for shared parameters and other information that multiple instances of Grasshopper (or other software) can access and use.

Feel free to give it a try and provide… 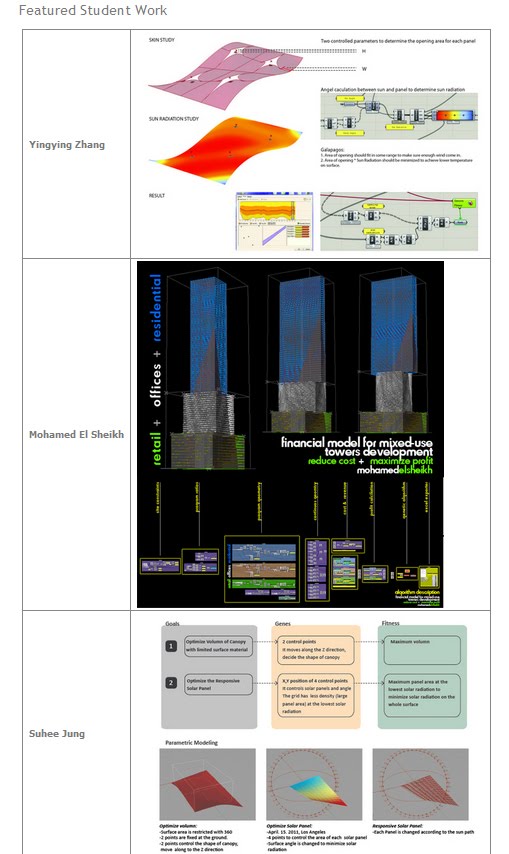