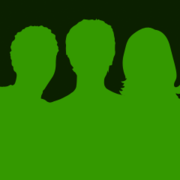 WildCAT is a connection between CATIA and Grasshopper. CATIA Geometry can be sent to Grasshopper, and sent back to CATIA as geometry, parameters, or data.

WildCAT is written in VB.net, and was primarily used to take advantage of the workflow and computational/coding abilities of Grasshopper or Rhinopython. VBScript/CATscript/EKL-based knowledge patterns are too limiting and/or time-consuming, and WildCAT is intended to be used when design exploration or experimentation takes priority over precision and accuracy.

See this for a quick explanation of WildCAT: https://www.youtube.com/watch?v=YDDaqBmf7uY

WildCat is very simple: it sends geometry from CATIA to Rhino and launches a Grasshopper patch/script; upon completion, it either re-imports geometry as explicit-geometry, or launches a CATScript. As such, WildCAT is less of a single plug-in and more of an assemblage of plugins.

Use case 1): You're seeking to instantiate a series of solar shading systems (as UDFs) onto a wall, reading from an excel file to determine the size/orientation of the UDFs. However, you require that the shading systems never overlap or touch each other. You'd like to remove the minimum number of UDFs, starting from the UDFs with the smallest bounding box, so that no UDF overlaps each other. In EKL/VBscript, this would be doable, yet complex and immensely time-consuming, taking a few hours. In Grasshopper, this would be a relatively simple script done in minutes using the Bounding Box, Volume, Sort List, Boolean Union, and Hoopsnake functions. Building a patch in Grasshopper that interfaces with these UDFs would speed up your workflow.

Use case 2): You decide to orient the sun shading systems in the use case above by hand. However, you now want to iterate through all of the different versions of the solar shading systems above based on the excel data file, and want to create analyses of the cost/efficiency/performance/visual effect for each version. Building this into an workflow would let you auomate the iteration through hundreds and thousands of rows in an excel file.

VB.net source (needs to be part of a VB.net project)

Can VB components in Grasshoppper interop with CATIA

I have been wonder if there are any possibility on creating interop directly from the VB components in Grasshopper.This would be very useful for component based systems, which require the flexibility…Continue

You need to be a member of WildCAT to add comments!

Hi Dan, this looks great. I myself have been working on some CATIA -> Grasshopper interoperability, and was wondering if you could provide some insight or re-upload WildCAT? Thanks!

Hello everyone, I encountered some problems, I can not open http://dan.taeyounglee.com/data/WildCAT_v0.4.1_121127.zip the site, hoping to get help, thank you

I have been using CATIA for the past two years, I find it nice to see some move on integration for the two seemingly unrelated plugins.

Comment by Craig Long on December 20, 2012 at 8:52pm
Looks really cool. I plan to download tomorrow and take a look. I have used CATIA for the last 10 years but have working in GH primarily for the last 6 months. Will post comments soon.

Please let me know if you have any questions or feedback!