Is there a way to extract curves from a list, the list comprises of "planar curves" and "Line-Like curves". Ive tried to use a length report to equality combo but the equality reads as all false or all true, no differentiation from each other.

Another solution to this would be to use the shatter command, but it isn't working correctly for some reason, So i used region differences to get outlines instead.

The script is used to create varying building massing which will eventually be wrapped in a skin, but the building is derived from a varying size footprint.

Sorry if its confusing, i'm still new writing scripts so its not the most logical order of things.

this is a text based solution using match text component I am sure there are other solutions too. 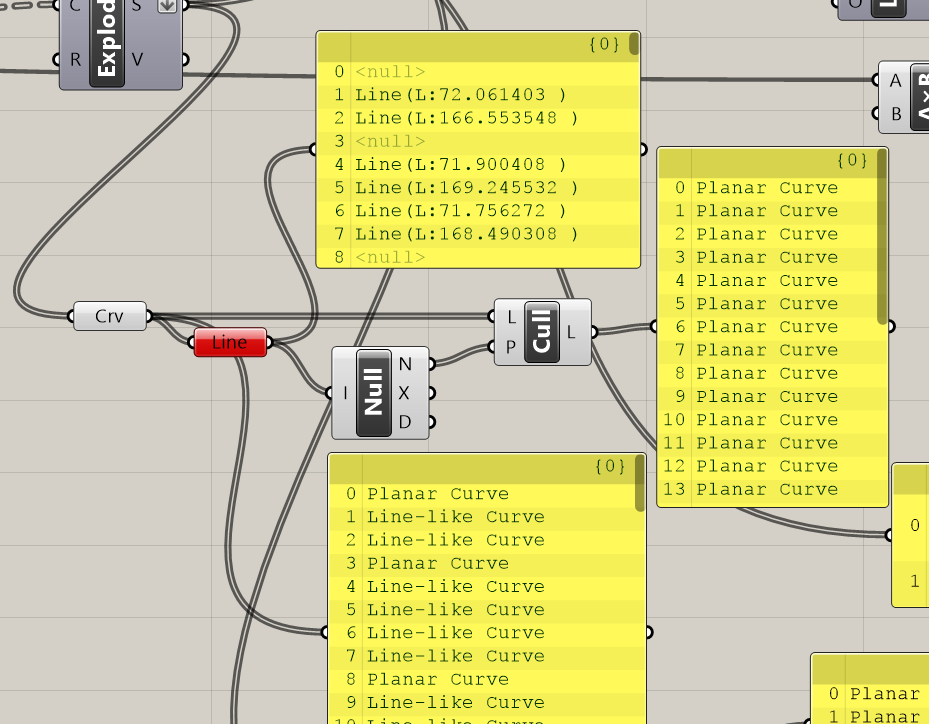 This worked great for my needs, thanks, greatly appreciate it.