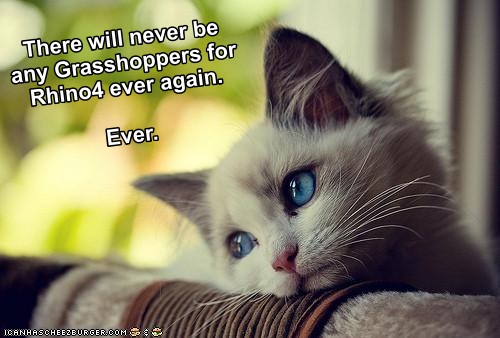 You can use the Rhino PluginManager command to see where all the plugins are loaded from.

I used it, and under the file name it shows that it is loading it from C:\Program files\Grasshopper for Rhino 5\GrasshopperPlugin.rhp. which is the right location.

I un-installed GH for Rhino 5. When I went to the pluginManager, I found out that GH still exists there and it is loading it from Rhino 4 plugins folder.

I un-installed Grasshopper from Rhino 4 folder, deleting the complete directory. So that GH does not exist in Rhino 4, or Rhino 5.

Then I installed GH for Rhino 5, and tried to open it, I mysteriously found out that it is still opening the Rhino 4 version and ending with the same error message of course. I checked the pluginManager, and it shows the file name as C:\Program files\Grasshopper for Rhino 5\GrasshopperPlugin.rhp.

So how on earth it is opening the 20120928 version and ending with the error message when GH does not exist on Rhino 4?

I just updated to Rhino5 sr2 and I have this message out of a C# component :

And I get some very strange and erratic behavior...

What's happening? Is it possibly the sr2?

I'm not sure. the C# code is compiled against whatever RhinoCommon is currently loaded. It cannot be associated with a specific version of RhinoCommon. I'm still using 5.1 (auto-update didn't work for some reason), but I'm updating now, see if I can repeat the problem.

However a version mismatch warning is typically not important, you should be able to ignore it. What is the strange and erratic behaviour you mentioned?

Thanks for your concern David. Some of my script components turn orange an others don't, some give outputs, other don't, and sometimes I got duplicate outputs (like 4 to 12 times the same value when there should be one).

Can you start a new discussion on the VB/C# or Bug forum and post a file that gives weird results?

Just sent you a mail.

Got it. If I find something I'll post the results here (without sharing your data of course) so it's easier to find later.

It's the same warning as we discussed already some time ago on this post. Do you remember?

I do now. I also found the problem. It's because of localized error messages*. I filter that compiler warning, but so far I only filter the English one. German and French are slipping through. I can probably write a smarter filter that catches these warning no matter what language they appear in.

In the meantime, it should have nothing to do with scripts 'acting weird'.

* Someone please, PLEASE shoot whoever thought that localizing error messages was a good idea.