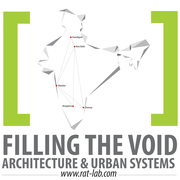 rat[LAB] EDUCATION, in association with all it's collaborators, is pleased to announce the launch of 'FILLING THE VOID // Computational Design Tour INDIA' as an OPEN DESIGN STUDIO comprising of workshops, design sessions & symposia across 5 cities in India. We encourage all architecture & design students and professionals to join us in this novel experimentation event and aid in 'Filling The Void'; Void in Architecture, Void in our Cities, Void in Education. REGISTRATIONS ARE OPEN NOW. 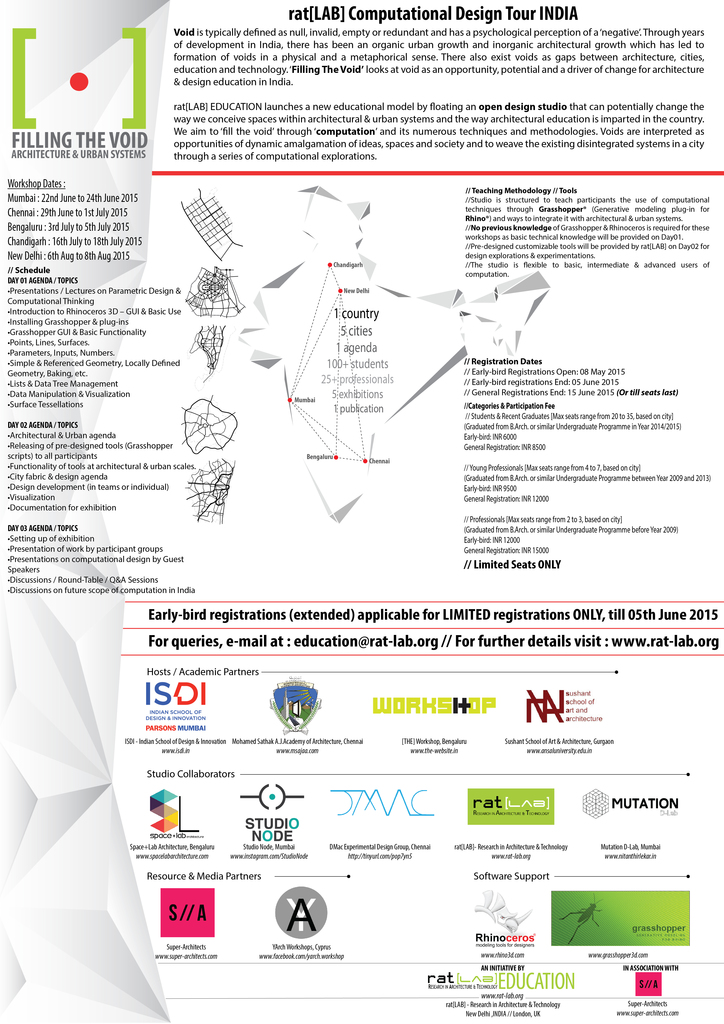 Void is typically defined as null, invalid, empty or redundant and has a psychological perception of a ‘negative’. Through years of development in India, there has been an organic urban growth and inorganic architectural growth which has led to formation of voids in a physical and a metaphorical sense. There also exist voids as gaps between architecture, cities, education and technology. ‘Filling The Void’ looks at void as an opportunity, potential and a driver of change for architecture & design education in India.