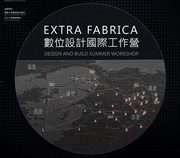 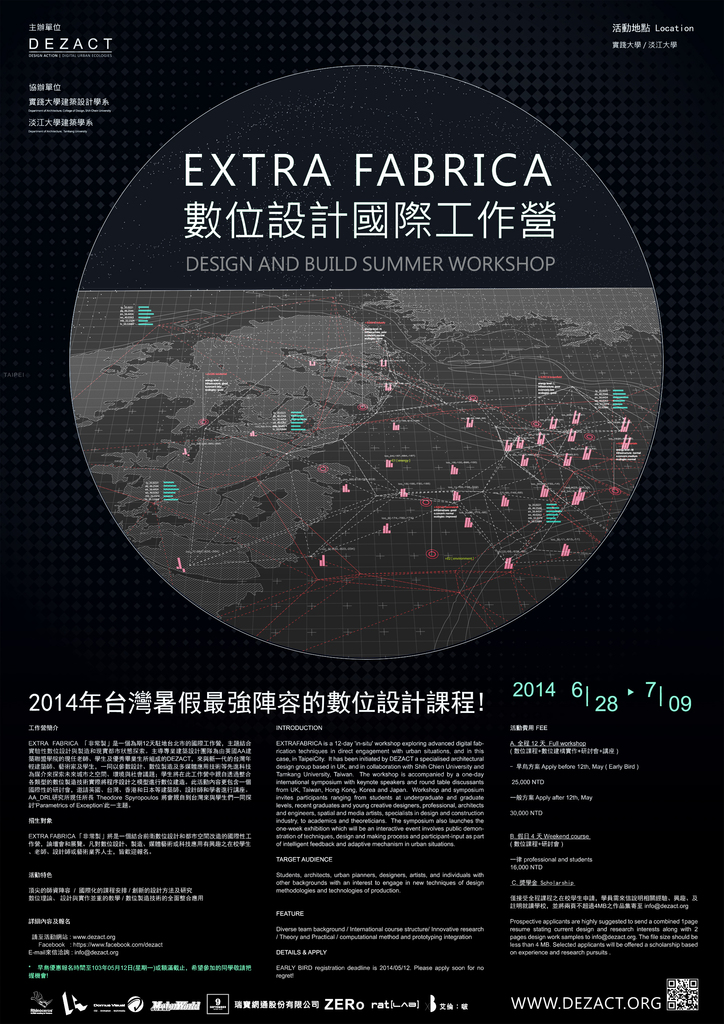 ExtraFabrica2014, a workshop on digital design and fabrication procedures, is being conducted in June-July 2014 in association with Shih Chien University and Tamkang University in Taipei, Taiwan. The interdisciplinary workshop provides an opportunity to architects and designers to be a part of the 12 day studio and investigate interactive design and fabrication solutions for dynamic socio-cultural fabrics.

ExtraFabrica is a part of Dezact’s exploration aiming to develop and test interactive design and fabrication scenarios in neglected or problematic urban interstices and ecologies, to adapt to existing constructs for new use and identity, to catalyse socio-cultural activities and to engage behaviour parallax between physical and virtual environments. Conditions of 'live' factors with extended duration and occupation, i.e. street life, derelict buildings, traffic, rain, dance, demonstration, and so on, are invited to interfere with quantifiable or codify-able parameters set out by design algorithm, feedback mechanism and fabrication dynamics. The idea envisages architectural outcome which enables fabrication of action, of participation, of change of values, of identity, of confluence of voices and dreams.

AA DRL Director Theodore Spyropoulos is the first confirmed keynote speaker for ExtraFabrica 2014, with a number of more speakers to be confirmed soon for the symposium, that takes place at the end of the workshop.