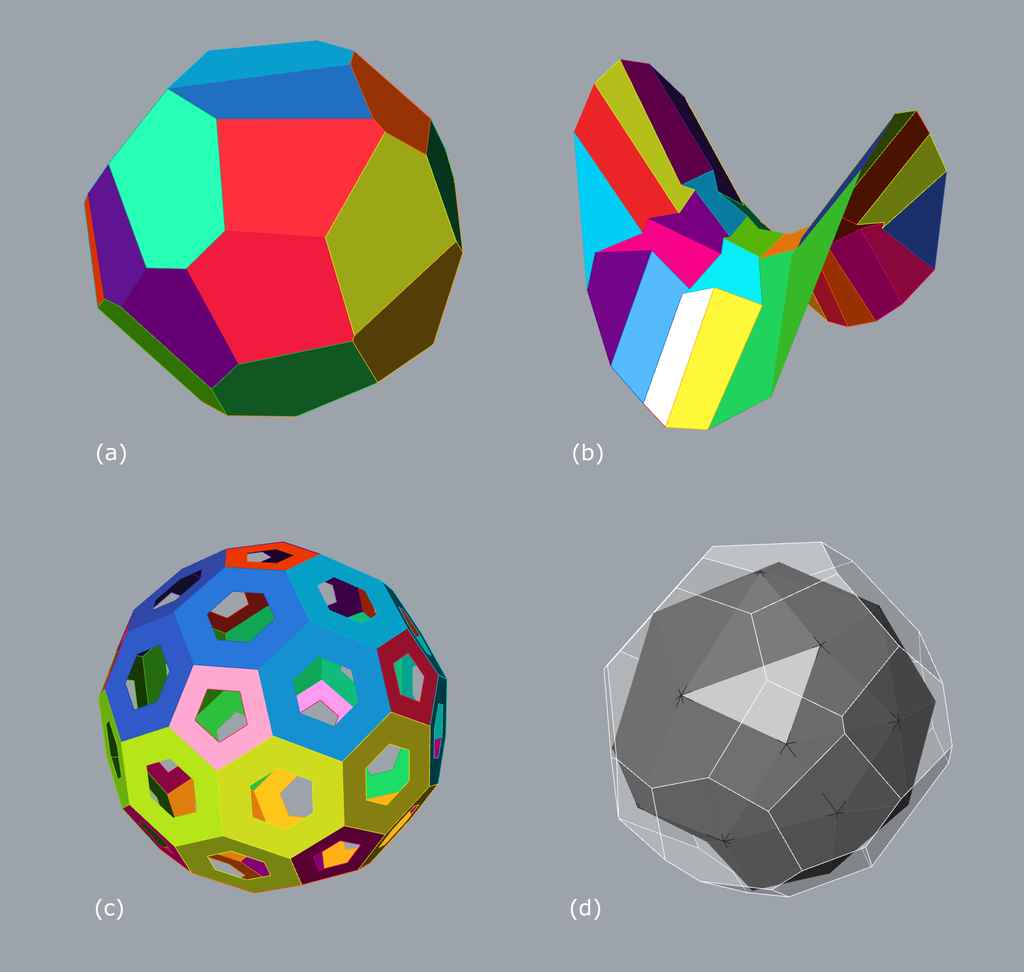 Introducing two components to generate a planar polygon tessellation of a freeform mesh:

Code by Ramboll Computational Design originally developed for the TRADA Pavilion and based on the process described by Cutler and Whiting (2007). The Landesgartenschau Exhibition Hall by ICD in Stuttgart has shown the potential of planar remeshing of freeform shells in a similar manner.

The project is open source released under the MIT licence and can be found here:

Latest release can be downloaded here:

There are four example files:

The components will appear under the RCD>Remeshing tab.

Original code by Harri Lewis (we miss you) for the TRADA pavilion. Further developed by other RCD peoples. May contain bugs.

PlanarMesh.gha should be in the zip file.

Can't believe my timing, thank you for getting this on again. I have downloaded the file, but I cannot find any .gha files within. Am I missing something? Thank you.

Nick, the team that worked on this (and the TRADA pavilion itself) have since moved on from Ramboll, hence the broken links. I've recompiled the tool and have made it available again at https://github.com/formateng/giraffe/releases. The source you were looking at is exactly that, just source code that anyone is welcome to compile/modify themselves :)

is this file still available for use? From what I can tell, the links on this page seem to be broken.  I see that the .zip file seems to be available here (https://github.com/formateng/giraffe) but does not seem to contain any .gha files or .dll files... am I missing something, or is this source not complete?

Thanks... that did the trick. I am exploring the examples now.

AB, assuming you're interested in using the components and not developing on top of them, ignore the source for the moment and grab the latest release build from [1] (the green link at the bottom of the page). Unzip this onto your computer and drop the *.gha file into your Grasshopper libraries folder (usually %appdata%\Grasshopper\Libraries). Load/reload Grasshopper and try opening one of the *.ghx files from the examples folder (included in the download). Note that two of the examples require additional plugins (Starling and Weaverbird). Any problems just holler!

Thanks for contributing this... Can you point me to any installation tips? I looked at the ReadMe file in the lib folder and part of it says this" The folder stores external libraries referenced by Giraffe which are not provided by NuGet.

Does that mean I can will be making extra copies of the .dll files above... or do they need to be "moved" to that folder?

I see the .ghx files which I assume go into the userObject folder

There is also the NuGet.exe found in the toolsFolder... I ran that, but I am feeling like a newbie when it comes to installing this.

Any advice would be welcome.

ps. Thanks again for offering this as something to try out