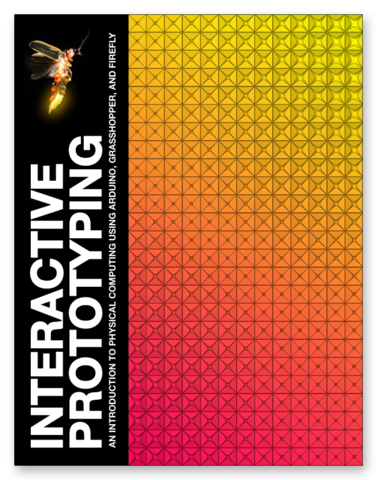 I'm really excited to announce the release of several new Firefly endeavors I've been working on over the past few months.  The first is the release of a new Firefly Build (1.0067) which is compatible with the latest version of Grasshopper (0.9.0006).  This release has a lot of new features including: an entirely re-written Firefly Firmata, multiple web-cam support, a new Load Image component, several new filters and effects, a re-written Pachube/Cosm component, and a Frequency Visualizer component.  For more information about all the new features, be sure to check out the ReadMe text file included in the download.

I've also been working on an entirely new website for firefly.  Starting from the ground-up, I rebuilt the interface so it's more user-friendly and informative.  I still have plans to incorporate other features in the site... so expect more new here in the future.  But, for now I'd love to get your feedback on the new site http://www.fireflyexperiments.com

Lastly, I've also been hard at work on a new Firefly User's Guide (called Interactive Prototyping).  This manual is still a work-in-progress but it is intended to teach the basics of electronics (using an Arduino) as well as various digital/physical prototyping techniques to people new to the field. It introduces Arduino (including programming in the Arduino IDE) and runs through several different examples.  It also features an introduction to Firefly and has many step-by-step tutorials to teach you the basics of how to use Firefly as an Interactive Prototyping Environment (IPE).  I intend to add new chapters to this in the coming months (including chapters on computer vision and networking).  But, I wanted to release it now to give people a basic understanding of the interface.  Again, I look forward to your feedback.

So, check out these links:
New Firefly Website: http://www.fireflyexperiments.com

Thank you for marvelous work and for sharing your knowledge. Your grasshopper and interactive prototyping manuals are perfect. thanks

we are learning a lot of with my students. I hope in near feature we can come with our own projects

Hi Andy, thanks for getting back to me so quickly.  Yes, I am using Rhino 64bit, but prior to installing this version, it was working with all the components.  I will try bringing it up in Rhino 4 and see what happens.  Many thanks for the amazing plugin.

Are you using Rhino 5 64-bit?  The C_sawapan_media.dll (which is what Firefly uses to tap into video capture devices and microphones) is only compiled for 32-bit applications.  So, the component don't seem to show up if you are using Rhino 5 64-bit.  You can use Rhino 4 or Rhino 5 32-bit and it should work fine.  Sorry for the inconvenience.  I'm working with the author of the C_sawapan_media.dll (Panagiotis Michalatos) on updating that library... but not sure when that release will be available.

Having problems loading this, and there is no unblock checkbox in win7 under file/properties/general when I go there.  Some of the interface loads but am missing several components.  Any suggestions?

Great.  I'm really glad to hear you finally got it working.

Thank you Andy, the webcam finally works on GH 0.9.0006 and Rhino 4! being able to select between different cameras is an outstanding achievement !!!

The webcam selection is a great new feature!