This component concatenates bezier curves to easily make a curve from points and vectors. The difference with the Tangent Curve component is that the length of the vectors are taken into account, rather than a single bulge parameter.

I needed this many times, so I've done it as gha, maybe to someone else will be useful. 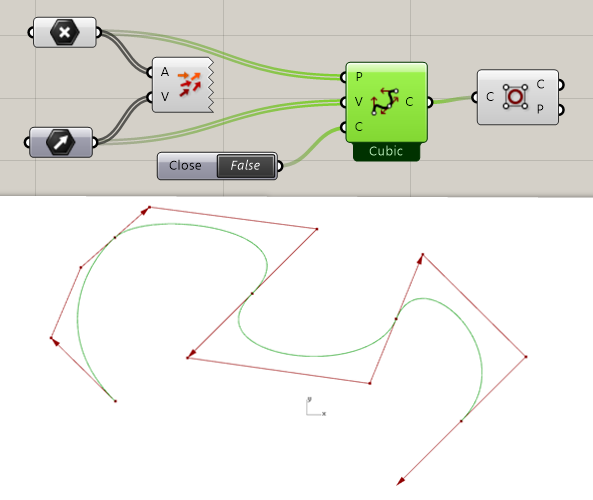 Pieter Segeren told me that there were strange things in the control points. I was using the formula to generate the points and then an interpolated curve. Bad idea. In addition, he also suggested me change the direction of the vectors to make it more intuitive. I upgraded the component (and file) and now uses the bezier curve class of rhino, so the control points are already as they should, the direction vector is more suitable with the direction of the curve and added the option to close the curve.

Switch to the Mobile Optimized View