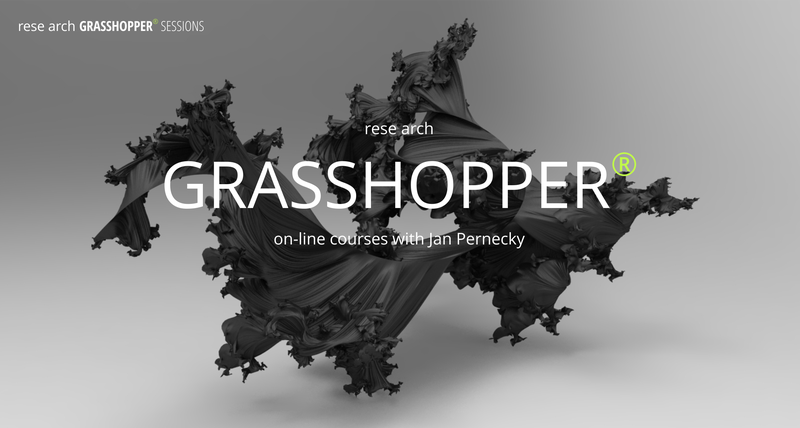 A simple tutorial on recursion

One of the neatest tricks for avoiding unnecessary 'for' or 'while' loops in your program is using a function recursively.

Engineers and Scientists without a computer science background usually rely on simple iterative techniques in their codes. But sometimes we end up with a bunch of nested loops that make the program very slow in execution and cumbersome to debug. Using recursion is an…

I am working my way through Daniel Shiffman's "Nature of Code" and am thinking about it in terms of Python components.  I have benefited greatly from talk-and-type style tutorials and think that there will be some benefit to the community if I create videos around my understanding of the concepts in the "Nature of Code."

I'm working my through these in my spare time so I have no set schedule when new videos go up.

I would love to see different examples and…

a very easy pack of tutorials fron scratch in spanish 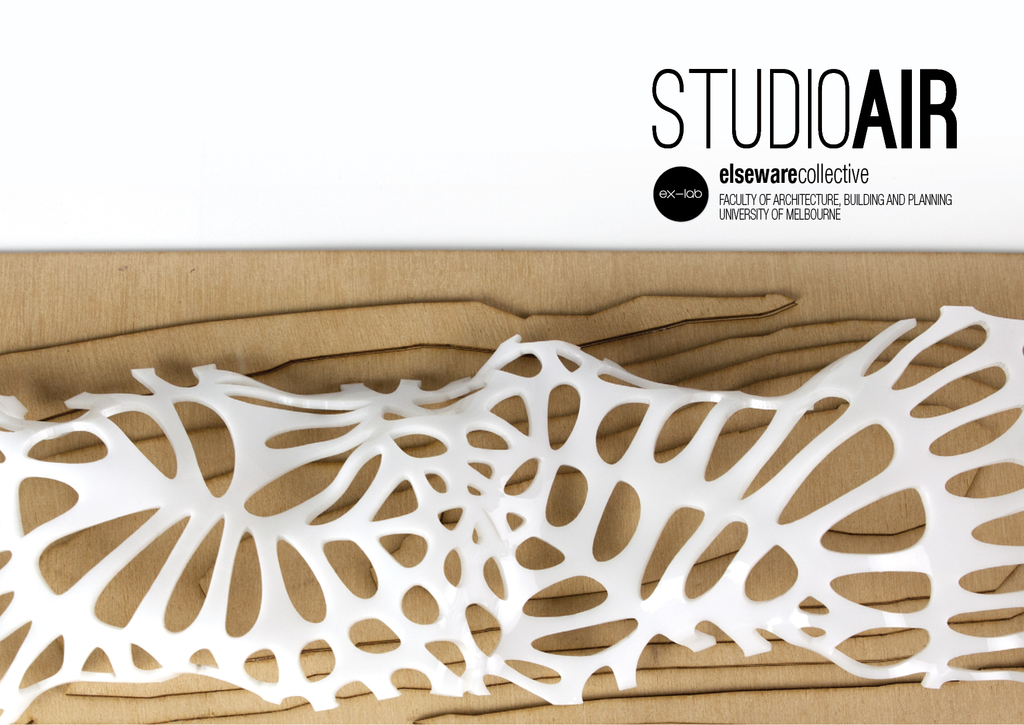 This tutorial series was developed for the Design Studio AIR at the University of Melbourne, Faculty of Architecture, Building and Planning. The series tries to introduce some of the simpler concepts of Grasshopper within more complex definitions to generate more interesting…

The Experimental Design Lab, or the Ex-Lab, is a design and research collective that promotes creative utilisations of computation in art, architecture, engineering and related design disciplines. Based in Melbourne, Australia, the collective organises experimental collaborative research projects and exploratory workshops that… We are happy to announce the forthcoming book “Parametric Architecture with Grasshopper”, english translation of the popular Italian handbook about parametric modeling with Grasshopper, edited by Arturo Tedeschi and foreworded by Fulvio Wirz (Zaha Hadid Architects).… 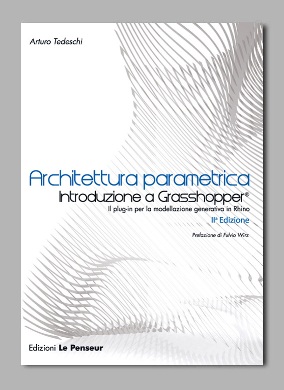 The second edition of the "Essential Mathematics for Computational Design" is now available with free download from:
http://download.rhino3d.com/en/Rhino/4.0/EssentialMathematicsSecondEdition/…
Continue 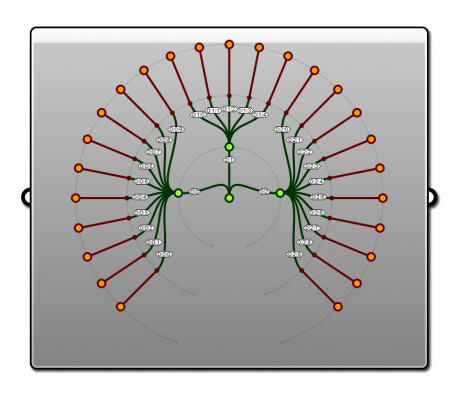 Studio Mode has released a series of conceptual primers related to core data and geometry types as well as data manipulation on our newly redesigned website, modeLab. Each primer contains a concise concept and description within an example Grasshopper definition. More primers and related material to follow. Stay tuned. Check it out and let us know what you think.

Take a look and feel free to leave me any comments here!

Hyoung-gul (HG) Kook opened a new blog site about grasshopper. It has his recent studies about various geometries and grasshopper definitions.
livecomponents-ny.com

Continuing to explore the work of Rinus Roelufs, I had some progress with the selfintersecting Moebius band. 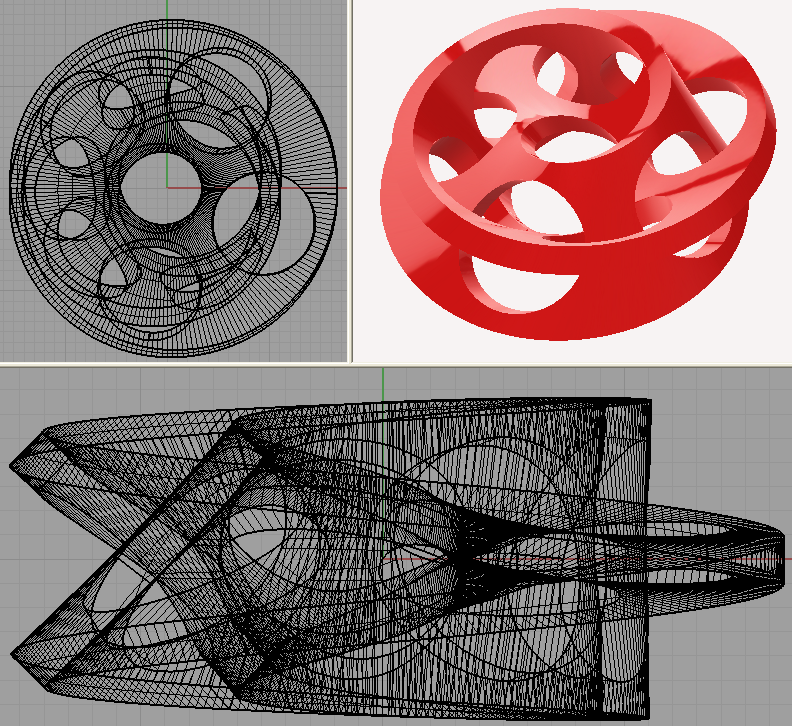 The holes that permits the surface to weave into itself are now circular. The definition is not all that parametric yet, meaning you can only change the size of the moebius, the size of the holes and whether the moebius band should be twisted… Continue

Trying to learn a bit about mathematical surfaces and how to build them in GH using the expression editor. This was a pretty interesting one I came across on the Internet of a form called an Umbilic Torus. It's like a Moebius Strip in that it only has one edge, but it is a 3D form.

This definition also puts to good use a method for creating tree data from a single list, a problem I had that I got some assistance on over on the old Google Group from David Rutten and… Continue

This definition allows us to apply affine transformations (translation, rotation, scaling) on objects more than once. 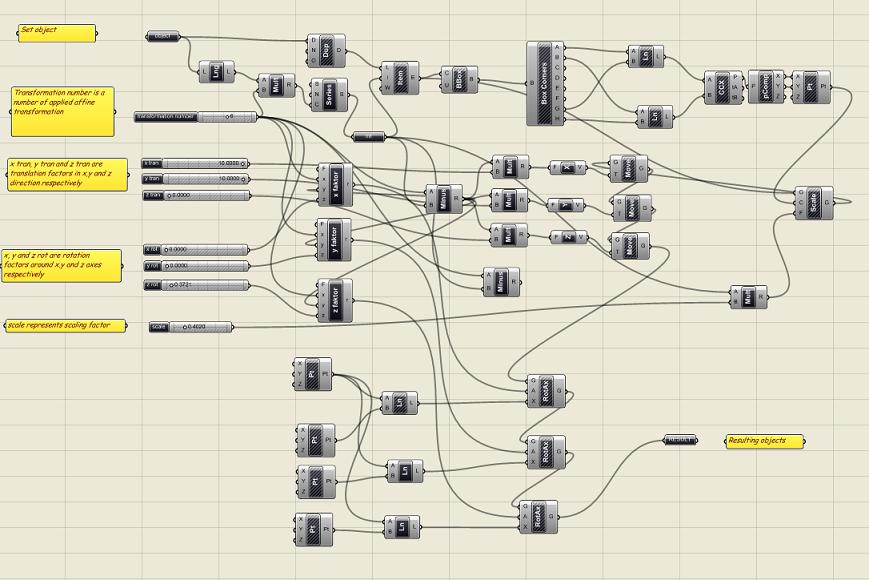 The results can be interesting: 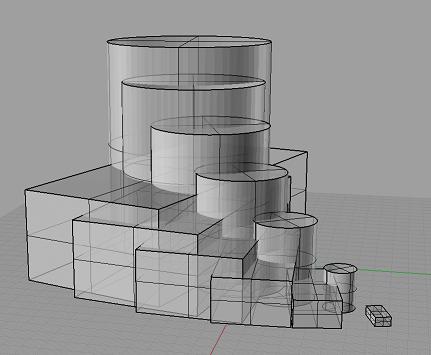