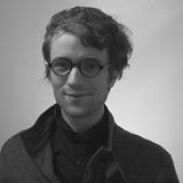 The “crisis of complexity” in which the world and its architects apparently find themselves. This condition manifests itself as an information overload, which is seen as the natural consequence of an ever-larger pool of numbers and decimals

Context: Bogdan & Van Broeck was commissioned to undertake a feasibility study for a large scale mixed-use development in the centre of Brussels. The future development was to be formulated as a PPP (public-private partnership).

Problem: The assignment particulars called for the involvement of a wide number of actors: The

The Flemish Government asked for a study towards the development of a property management system that would allow for a integrated decision making process.

The existing situation did not allow for a collaborative approach to analysing and understanding the dynamics of the asset portfolio. This resulted in a fragmented decision

An exploration in letting geometrical shapes define themselves through a set of additive combinatorial operations.

Figure 2: Facetious simplicity and its permeability.

The goal of the research project is to examine how complex simulation-based design can be collated and communicated internally, within a design team, and externally, with the various stakeholders involved in the design process.

is not dead (yet)

Company, School, or Organization
The Bartlett School of Architecture, UCL 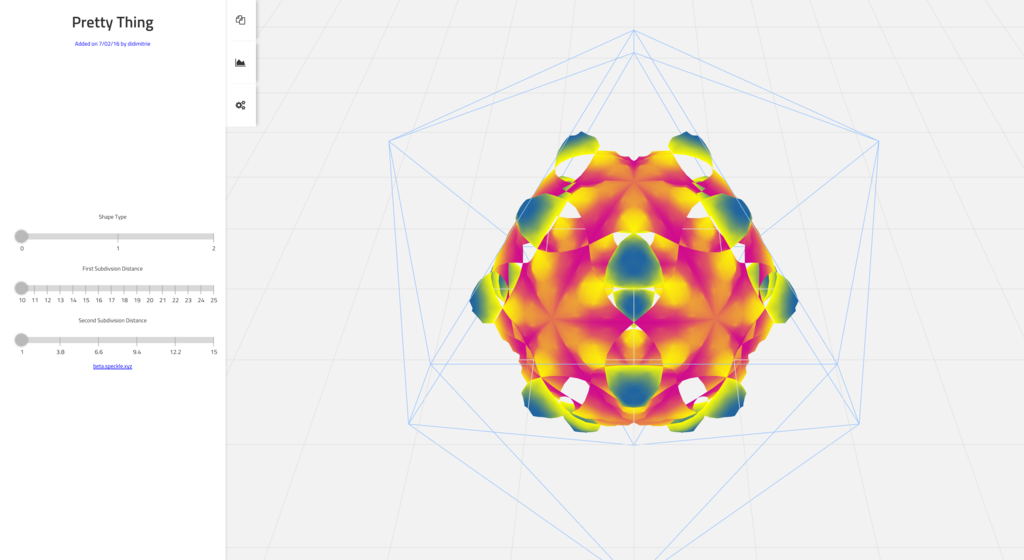 Beta.Speckle is now in open beta. Feel free to join!

Beta.Speckle is an online parametric model viewer. It enables sharing with your clients/stakeholders/community flexible designs, not just static artefacts. It works by exporting your "solution" and… See a seasonal parametric model exported from grasshopper, all dressed up with some fancy glow stuff that's there just for the fun:

Speckle is an easy way to share 3D grasshopper-generated snippets (as long as they can be converted to a mesh, hehe).

It's really easy to use (you plugin meshes in a component, you double click it - now wait a few seconds, depending on the size & internet connection speed - and you get a sharable link): …

A nifty little tool for creating connectors between pretty much any kind of planar surfaces which intersect themselves at the edges.

What it basically does is to output in a ordered structure the intersecting faces (as tree branches) and their intersection line. From there on you can continue to build up your own connectors…

Some time ago, Han Feng of Hyperbody [hyperbody.nl / makeahybrid.org] did a really great job and modified the old 3d voronoi grasshopper definition and made it much more sleek and streamlined. In all good faith, here it is: …

I am working on a project right now in which i am trying to achieve architectural 'space' through information points. i have all the points and i am really excited (and pressed for time) to see how your 3d voronoi definition can work with this. i was fiddling with the older definition you had, and everything works, but there is an error for the output from the 'planar' component. everything before that works fine. why can this error be? also, because i couldn't get that to work, i tried the new definition you created, but this one seems much more complicated and the ghull component (and everything else) is red. the runtime error is that it can't find the specified file. even after the referenced assemblies is updated.

please help me, i am really interested in what i can do with this. at this point i am just checking out the definitions so i don't have another definition that might be creating problems.

I am trying to figure out your 3D Voronoi definition that works with qhull but with no lack. It gives me this error:

Do you happen to know what could fix that? Thank you very much.

hi . m trying to use ur qhull definition, m still not able to figure it out. just had a query that i m running a system of 64 bits with windows 7. Is it because of this reason?. m not sure if qhull is working on this system

jon kontuly said…
Sounds good. I'll see what I can do. Might be slow going as I have a big work deadline at the end of July...far away but its a lot of work. Anyway I will slowly chip away at it. Using your qhull code I should be able to figure out the general method for starting a process stdout and the grasshopper vb(or c#) side. So I guess the problem is really figuring out the cgal side. Talk to you soon and thanks again. it would be cool to get this to work. I really like the idea of extending grasshopper with qhul, cgal, mathematica...

jon kontuly said…
Unfortunately my knowledge of c++ is zero but I will talk to some people and see what they know. I know that the zaha guys at data-tribe.net have used the cgal library in connection with maya so maybe i'll email them and see what they have to say. I'll get back to you when I get more info. thanks for the help.

jon kontuly said…
Thanks for getting back to me. I will have to look at it more closely.last night after looking at it i thought that it wouldn't be possible because it seemed to be just a collection of c++ libraries and not an exe that you could call like qhull. Anyway thanks and I'll get back to you if I make any progress.

jon kontuly said…
Dimitrie,
Your qhull work is super impressive. I had no idea that you start external processes in grasshopper. I know a little vb and I am trying to make my way through your c# code. But do you know any reason why I couldn't do the same with this program:
http://www.cgal.org/Manual/3.4/doc_html/cgal_manual/Stream_lines_2/Chapter_main.html
I'd hate to spend a couple of weeks deciphering your code and trying to apply it to the CGAL stramline package only to figure out that it can't be done.
Thanks for the inspiration.

Natalia Fentisova said…
Hello, I heard about the Rule Based Design Workshop and tried to send email to TU, without answer. any chance still to participate in workshop?

Luis Fraguada said…
p.s. wanted to try your vPorn with qhull... for some reason the link to your def does not work... http://improved.ro/Grasshopper/qhull.zip maybe something on my end?