For help, post on the Vb.Net, C# and Python subforum. 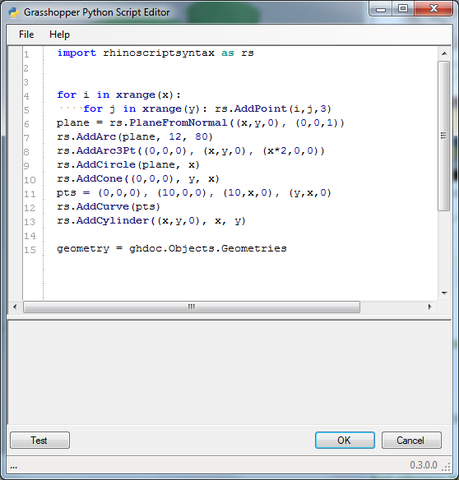 Python is a modern programming language developed for remarkable power with very clear syntax. Python supports multiple programming paradigms, Python is often used as a scripting language, but is also used in a wide range of advanced programming contexts.

The Rhino.Python website is a great place to get more information about Python in Rhino and Grasshopper.