I have been practicing Michael van Telgen's intruduction guide.

I was just following the his algorithm and I finished, but I met a problem.

But In my result, there is only one that is node displacement.

Though I compared these two algorithm several times, I could not find what the problem is. 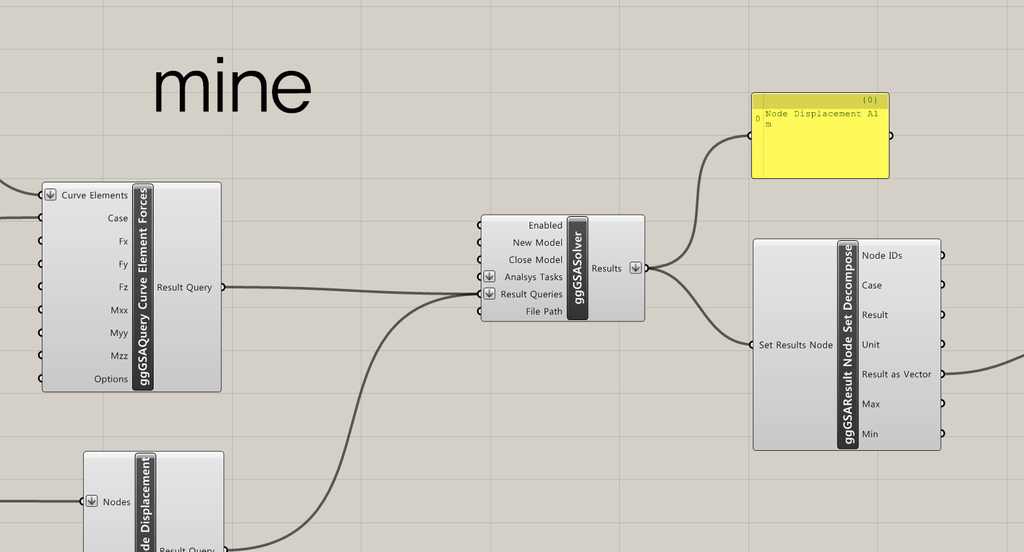 And I was wandering that what is the differences between ssi components and ggGsa components. Michael's Algorithm have ssi~~ components, but It is not in my grasshopper components. so I should have used ggGsa~~ components.

If I remember correctly, those Fx, Fy, etc boxes are booleans. Try setting those to true and you may get the results you want.

Unfortunately, I wrote those video's manay years ago and things have changed a bit since.

Otherwise Jon will surely be able to help you.

oh thank you for your help~

I solve the problem by your favor~