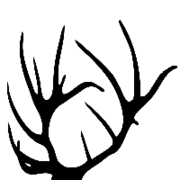 Convert Lat/Lon to a Point 2 Replies

Several people have asked about converting latitude/longitude to a point within the OSM space that Elk creates and it's something I intended to add to Elk whenever I had time for a proper update, but…Continue

Topography Component Error: 1. Solution exception:Index was out of range. Must be non-negative and less than the size of the collection. Parameter name: index

Hello, I'm just taking my first steps with Elk and I've immediately come up against an issue with the Topography component. After connecting the Latitude and Longitude domains from the Location…Continue

ELK seems to work on grasshopperMac, except for the file parsing.a typical mac path "/Users/Name/filename.ext" file path > TOPO component throws this error: Method has no base.changing the path to…Continue

System.Xml.XmlException:Invalid character in the given encoding

http://viewfinderpanoramas.org/dem3.htmlSource this link for HGT files, the file …Continue

You need to be a member of Elk to add comments!

Hi Tim thanks for the quick response.

The buildings are from an older version of Elk, though I'm not certain which version. I filtered for all elements with a height key and then extruded them by the height value. The key/value parsing is pretty hacky but it worked in this instance. I'm attaching the *.gha, *.osm, and *.gh file so you can review for yourself. I'd be curious to know why Elk 2.0 is not bringing in this data, or if this is a result of me not using Elk 2.0 properly.

I really appreciate your time - thanks again.

Sorry to post again, but I'm having a difficult time figuring out why my domains aren't yielding a result. I am getting the out of range error; yet, it seems to be 'in range'. Probably a simple mistake. I'm a little hesitant to believe the red geometry came from any version of Elk.  The first versions (pre 2.0) neither created 3d geometry nor provided enough information to create 3d geometry.  The current version will create fairly simple extrusions of the footprint, but isn't quite to the level to produce 3d geometry with the variation your red buildings show.

To create 3d geometry with the old versions was tedious and probably unpredictable.  You would have had to parse through the OSM file yourself and extract the relevant information and try ot map it up with the data coming form Elk.  Not a very straight forward way of doing it and would probably be easier to completely leave Elk out of the equation if you're already going through the trouble to read the OSM file.

If anything, i'd expect the newer versions of Elk to get more information, since the old version couldn't get any multipolygon elements. I don't think I've run across a building that Elk 2 couldn't get that earlier versions could, but Elk 2 can definitely get information that earlier versions can't.  In the attached image the white surfaces are from Elk 2.2.1, and the black outlines are from Elk 0.6.1.  THere are no black boundaries with no white, but alll the multipolygon elements are only white with no black boundaries. 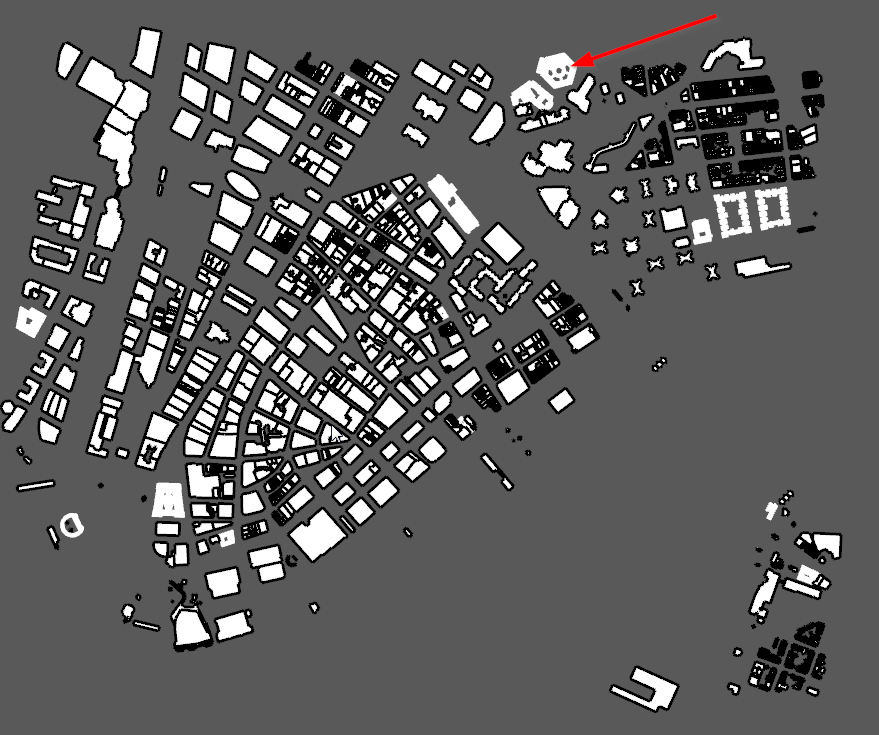 Better 3d buildings is definitely on my radar, but while the capabilities are built into the OSM spec, it doesn't seem to be as prevalent in the actual database.  New York is probably a good case study though, as it tends to have some of the more advanced data.

One final comment is that the 3d buildings Elk creates are from the 'Height' parameter in the OSM spec which isn't always present.  Another similar parameter is 'Levels', but there's not usually any indication of how high a level is so I've ignored it.  Elk 2.0 and later does include all tag data that it could find for any building (or road, etc.) so if the data is there you should be able to parse it out and use it pretty easily.  I know I've gone through it at some point with someone on how to use the 'Levels' parameter to extrude building footprints, but I don't recall if it was here on the forums or through email.  I looked quickly but didn't see it, so I'm guessing email.  I'll try to put together an example soon.

I am updating some of my workflows that used the older Elk version to Elk2, but I seem to be getting a lot less building information. In the image below, the red, baked geometry represents what I was pulling from the old Elk using this particular OSM file, and the blue represents the geometry I'm pulling using the Elk 2 "Create 3D Buildings" feature. Has anyone else noticed this behavior?

There's no geocoding capabilities within Elk, but you can use OSM or Google Maps geocoding API's to get a latitude/longitude for a given address.  There was also a thread on the forums here where adding CSV based lat/lon coordinates was talked about, so you can follow the logic of how that was done to create a point within the OSM space from the example in that thread.  Once you have that it should be pretty straight forward to translate between the two data sets.

I was trying to get the OSM data from elk to overlay onto the data from Heron. It appears everything shares the same scale but they are in different locations within the rhino viewport. Heron sets the input address location to the origin. What I was hoping is if there was a way to plot a single address as a point using Elk and that way there is a means to translate from point to point. Can Elk generate a a single point at a particular address.

Thank you for your reply Tim.

Your response makes sense. I appreciate your insight as well as the great plugin!

If you're talking about aligning the topography to the OSM data, then you should be able to get close.  I've found it's a little easier when you have body of water to align to because you start getting a perfectly flat area that should align with a coastline, lake boundary, or river.  Then it's just a matter of moving the topo around until it lines up with that boundary.

If you don't have that luxury, then it's a matter of just looking for something that looks like it aligns with the topo.  I don't know that I have an answer that works all the time though.

If you're trying to align the different parts of a topography, then I typically just get the bounding box of one of them and use that to determine the distance the other part needs to move in the X or Y direction.  I've found that even if I use the same start value for one topography as end value of the previous one, that the edges will not line up as perfectly as they should.  In that case you may need to add or remove some items or branches (dependent on the orientation of your topos and the orientation of the lines) to make sure they line up better.

This is great! The new output is extremely helpful. I have made the domains work based on your comments. I do have one final question: Do you have a method of aligning the topography to the generated map?

Once again, Thank you. Such a a useful plugin and wonderful update.