I am trying to create membrane tensegrity bridges using grasshopper and would really appreciate your help.

I have previously attempted creating this structure by first creating the structural frame, finding the endpoints, linking these endpoints with curves and afterwards lofting the surfaces between the curves.

The results were quite nice, however, the procedure is very time consuming and inefficient. There is just too much copy-pasting involved. 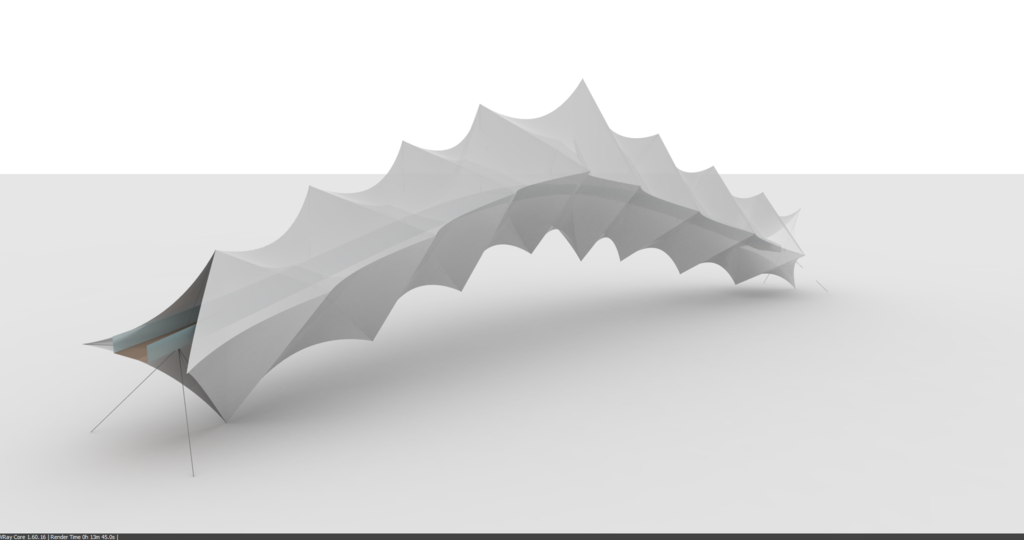 I have later on used Daniel Piker's tutorials on Mesh Relaxation and realized that this might be the way to go.

The link to these online tutorials on wewanttolearn.net is:

His tutorials, however, only deal with mesh boxes which are ideal cubes. He then joins them together in various directions, but it is under 90 degrees angle. 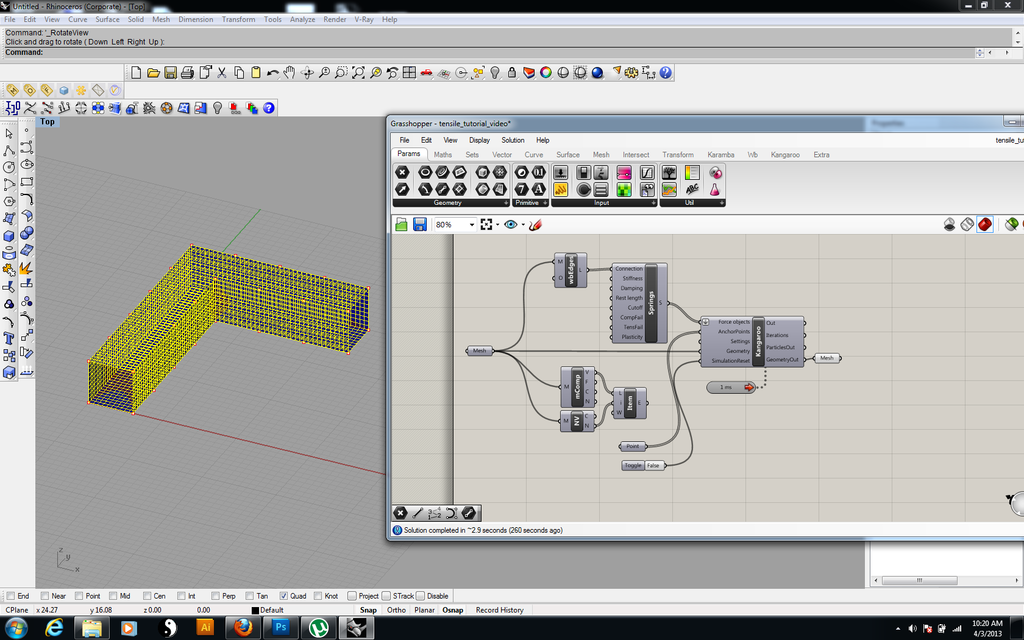 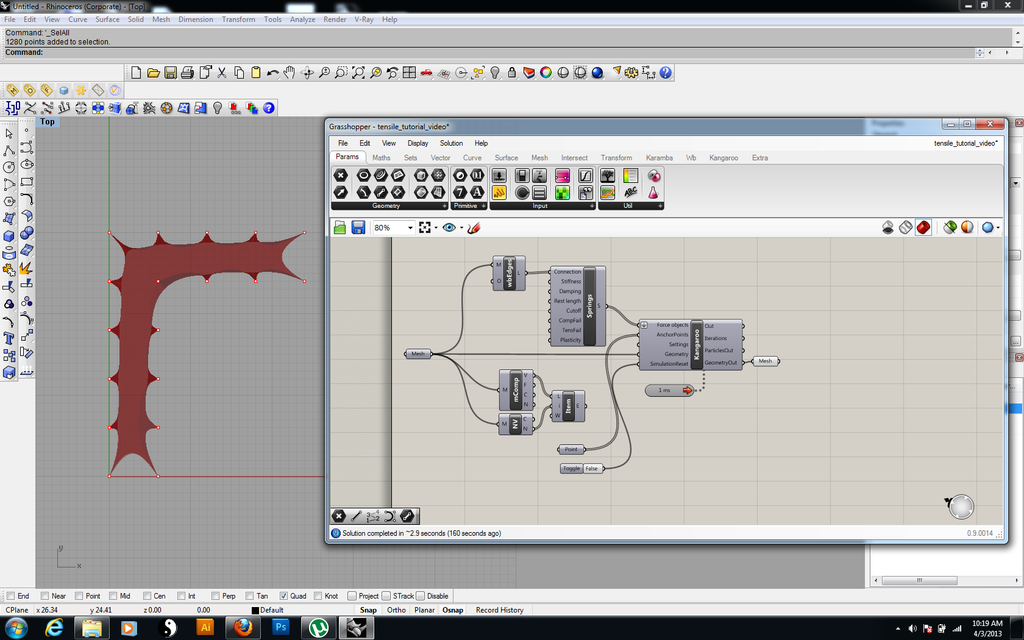 I want my bridges to go in all directions and angles, not just under 90 degree angle.

Ideally I would like to make a square (polygon) follow a curve (which moves in all axis) at  certain number of division points. I would then loft these squares into a mesh and use that shape as a mesh box. I would later use this mesh box and relax it the same way as Daniel Piker used the cubes in his tutorial. The anchor points are only the vertices of the squares which create the lofted mesh box. 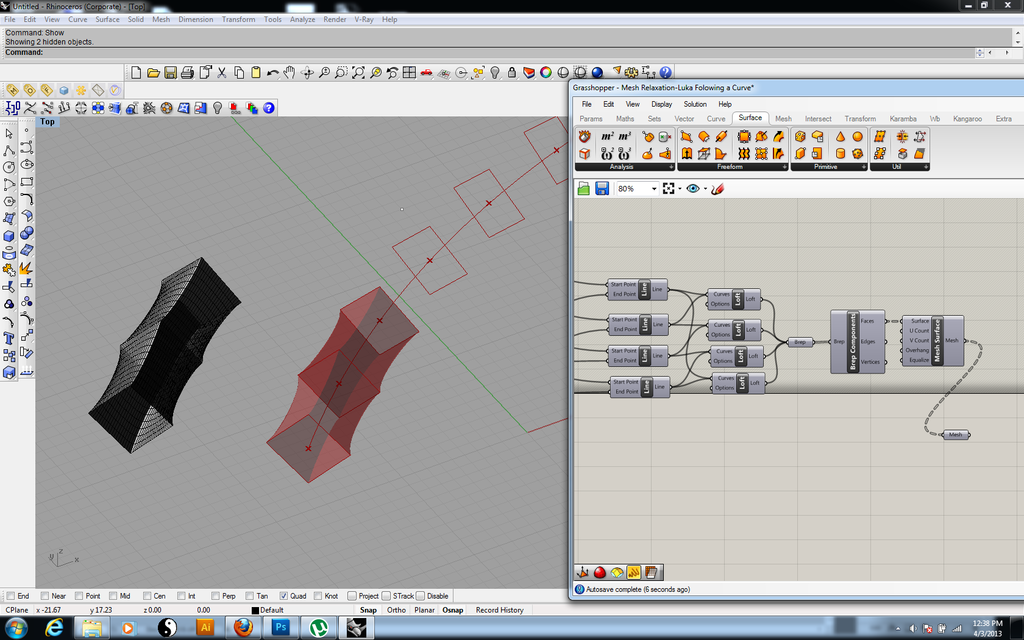 As you can see below this procedure works even if the curve is moving in all directions not only along xy axis. There are, however, many problems connected to it. 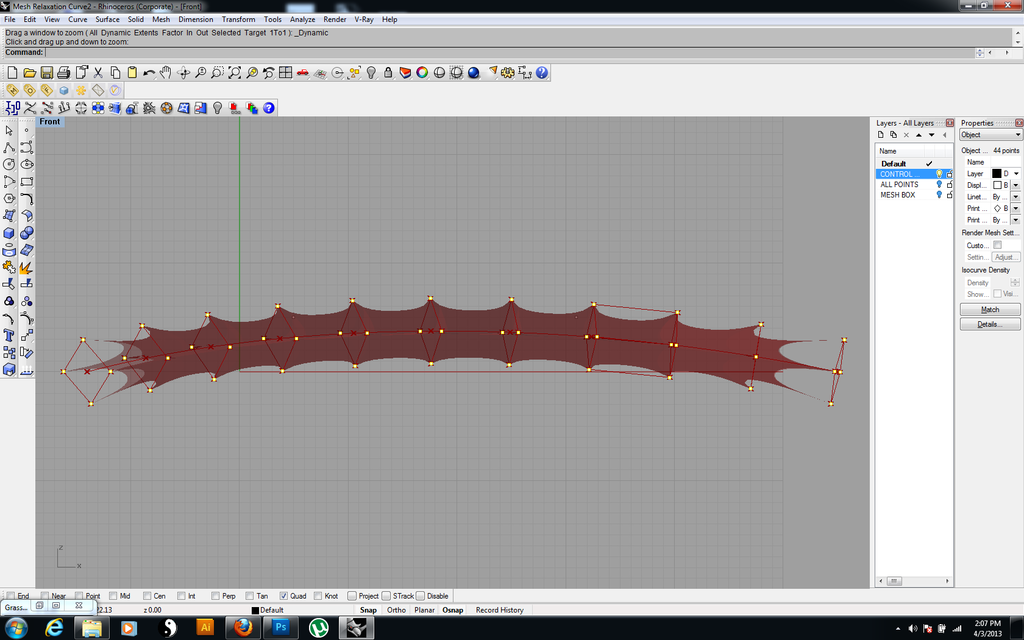 Despite all the effort I cannot seem to come up with a design where I would be able to draw a random curve which would be the guideline for my mesh box and then apply this box to one definition in order to relax the mesh and create the shape that I want. Without this I am again forced into a lot of copy pasting as the final mesh box is made out of several sections.

Also is there any way I could make the final resulting mesh a bit smoother? Increasing the number of mesh faces is probably the only way, right?

Thank you guys so much for any potential help.

Here's an example that avoids the need for copy-pasting

I didn't add things like edge cables, but hopefully it gives enough that you can continue

To make the mesh smoother, yes - you can increase the number of divisions for the 'QuadDivide' component.

If you want a very smooth surface, you can also do additional subdivision on the output after simulation. (this avoids running the simulation with a very large number of points, which could be slower)

thank you so much for this reply. It is really going to save me so much time and extend the lifetime of my computer. In the beginning I had some issues with my Kangaroo, when I installed the new version, but after I deleted all the old versions from downloads folder the springs started to work perfectly.

The mesh is also very smooth, if i set the number of quads higher than five the shape of the mesh becomes amazing.

Again thank you for your help.