Hello everyone, I am very new to grasshopper and i am learning how to deal with it while making an assignement. so my target is on the picture 1. I created it with the evaluate curve command and I am controling it thourgh a slider to attract to points to the center and change the shape . What I want to do is to copy it with different values on the slider to have a changing pattern. I did make a copy and I am stuck how change to value for each pattern. Maybe I need an equation or something I couldn't figure it out. I would appreciate any help.

oww you made a fascinating work and it inspired me a lot in my project and this is the final outcome. this was a good exemple to practice GH with and thanks to the guys I learned alot :) hey all, thank to your help i finished my project. I am sharing with you the outcome of my work, as an architect i wanted to implement parametrissism to chase new opportunities and new spatialities, i wanted to get the islamic pattern to the scale of the building and make it livable , the facade i created might change in parametric options according to the light amount it is receiving, a responsive facade to control the indoor thermal and light environment and give a nice light/shadow game in the space. with new materialities we can even have better options and multiple use of the elements with different scales. I can see infinit options :D 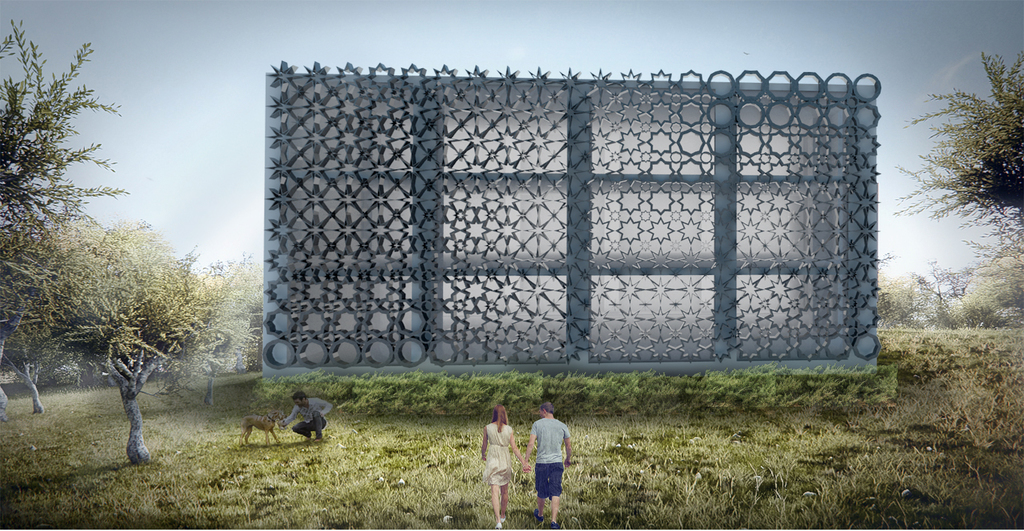 I couldn't see anything relevant at that link, though found images elsewhere: http://www.akdn.org/ky/architecture/project/institut-du-monde-arabe

While those patterns have some interest up very close, as when inside the building, they become almost invisible at a distance. 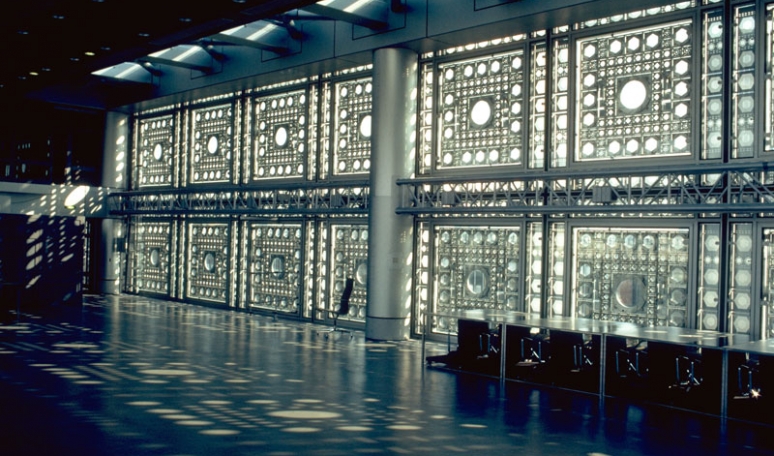 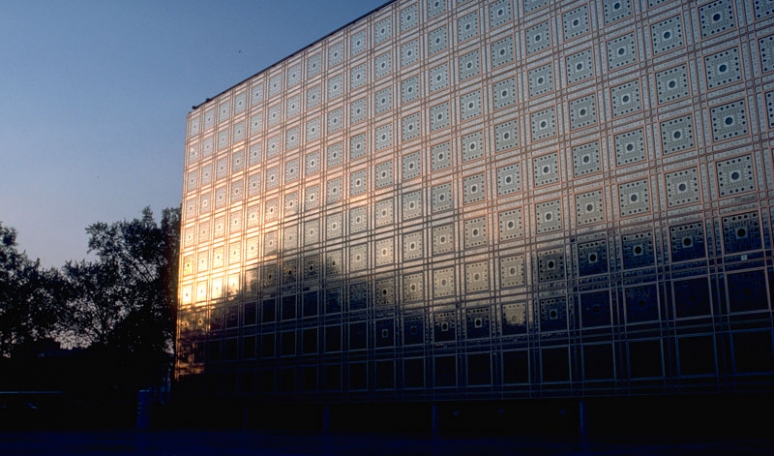 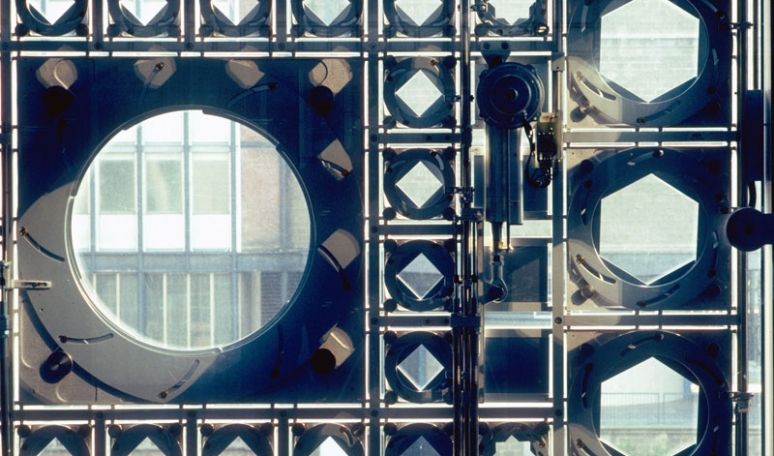 yeah i know about this project of john nouvel, interesting but i know that they had problems with the mechanical system that controls the panels , they work as lenses to control the amount of light inside the building and they work independently. so it is a different concept to use the lense system instead of using the geometry itself and as joseph said the pannels are too small to be visible from a distance, they give a nice shadow from the inside though :)

It's only a suggestion (from my experience) I am not really trying to convince you to do it, however in other context other than this forum I can still list many reasons(architecture related). 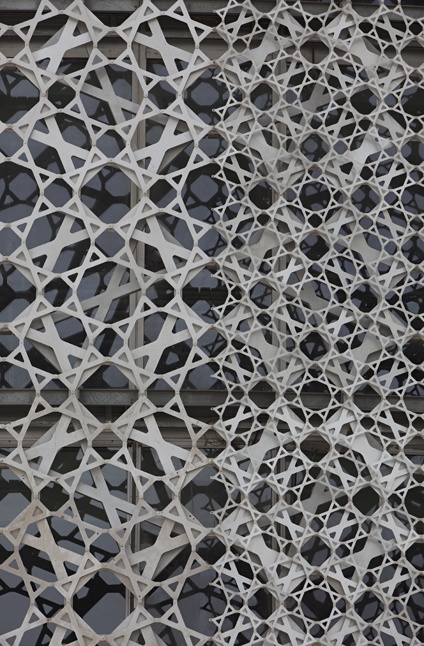 Good to know that, you can try to change the inner thickness as well(opposite to the outer size), you might get even better results

I looked at your code and realized immediately that you were modifying just one polygon, then copying it.

That won't work for using an "attractor" because each polygon is affected differently based on its position in the grid.  So I took your grid from the end of your code and moved it to the beginning instead (the dark gray group off the left edge below.

I added an "Attractor Crv" (yellow curve, bottom yellow group), used 'Pull Point', re-mapped the distance to values between -1 and 1, and moved your 'Divide Curve' points toward/away from the polygon center points (middle yellow group).  Then I culled and weaved alternate points to create a closed polyline ('PLine') in top-right yellow group.

The results are passed to the green group where they are scaled and used to create 'Boundary Surfaces' before 'Extrude'.

I know this isn't quite what you want but hope it helps your understanding of how attractors work.  Of course, there is a good deal of data tree manipulation in this code (graft, flatten, weave, etc.) and that is KEY to any success with Grasshopper.

P.S.  That first image is a magnificent pattern! This thread was fun two years ago:

so thanks again for your help that's very generous of you. However when i open the GH file , all the patterns look alike. I don't get the same scheme that you have sent, and idont understand how should the line work, because i know with a point it changes according to the point position in Rhino. 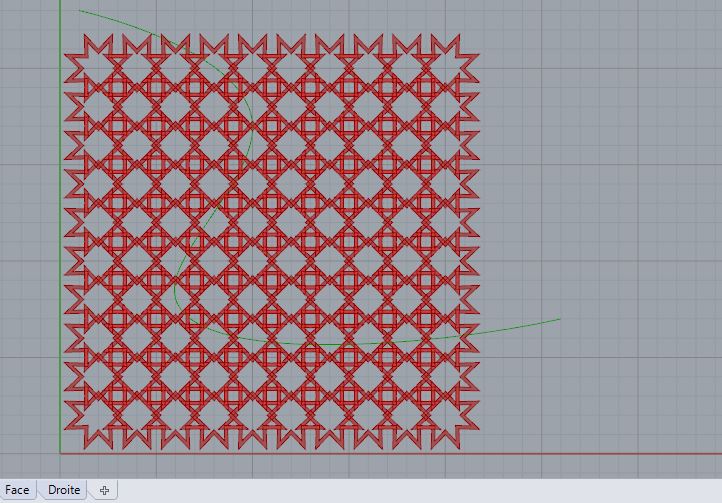 Huh?  That doesn't make sense to me.  Does the code look broken in some way?  Did you change anything?  Try it again with this copy (attached): fffffffinal1_2017Jun2b.gh