There is always some useful shortcuts which can make the design process easier! I often find out that Grasshopper uses these shortcuts in a smart way. Here are some which I thought can be useful!

1- Point to Plane: makes a "XY" plane with the point as its origin

2- Plane to Point : Extracts the origin of the plane as a point

3- Plane to Vector : Gives out the Normal of the plane as a vector

4- Point to Vector : Creates a vector from the origin of Rhino's Cplane to that point

5- Curve to Surface : Can make a boundary surface if the curve is flat

6- Surface to Curve : extracts the boundary curve of the surface. You can further explode the boundary

7- Surface to Mesh : Converts the NURBS surface to a Mesh with equivalent number of U,V divisions

8- Surface or Brep to Box : You can easily have a Bounding Box oriented in the Rhino's Cplane

9- Tspline to Mesh : By connecting a mesh to a Tspline output, you can easily use mesh tools.

Interesting topic Mohammad. Thanks for sharing the info.

Exactly, There are more!

Thanks. Another one is domain to number or integer. 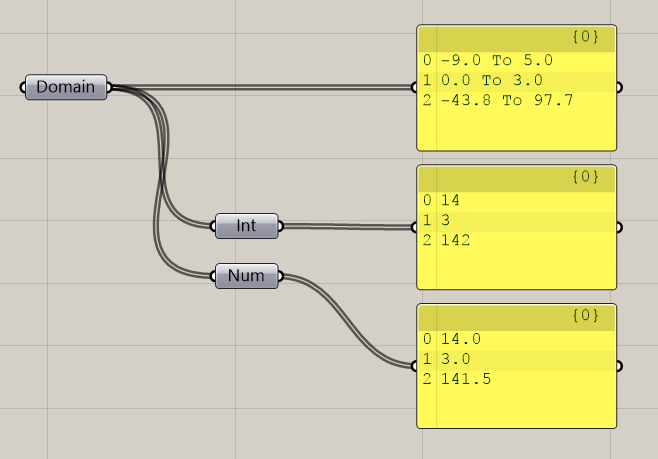