I've cleaned up Gridshell Components and put together a few example GH files to get started. The inputs and outputs have been rationalised to speed up the modelling process.

I've also added an 'Unroll Curves' component which measures the geodesic curvature of a curve on a surface and produces the 2D 'unrolled' curve. Geodesic curves (e.g. those produced with the Shortpath command) unroll to straight lines. It is now possible to generate fabrication patterns for any arrangement of straight or curved laths over a surface.

Reference surface for use with the above:

If you are still wondering, the problem is in the {0,*} which is set as a text into the component. the comma (,) should be replaced with a semicolon (;) to make it look like {0;*}. I guess it is a new rule in the newer version of gs. Otherwise the components work like charm. Thanks Alex!

Anyone manage to sort the split tree failure?

I am having trouble with the example file as the split tree is failing. 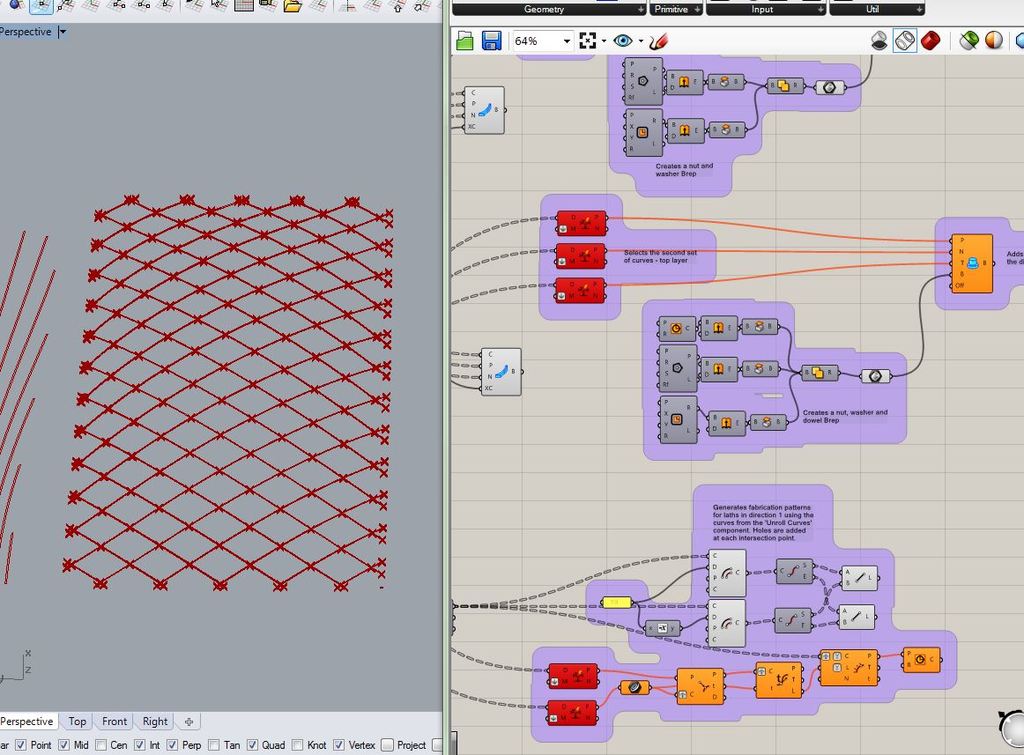 Hi Alex I had the same problem. the tspline components return an error. 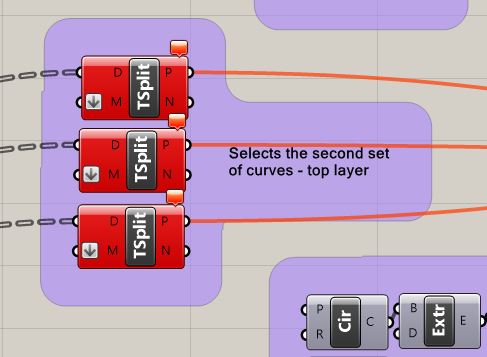 Hello Alex! thank you for sharing that great work you did!

Currently I am developing my thesis on architecture and I am working with a structure like Mannheim's by Frei Otto. I found your files and i have been trying to use them for my project but I had some problems during the process. I was wondering if you could please take a look at it and give me some advices about how I could fix it.

I hope its not too much trouble!

Thank you very much and congratulations again!!

brilliant bro, u did great job

View of a gridshell and unrolled laths generated using the latest version of Gridshell Components: 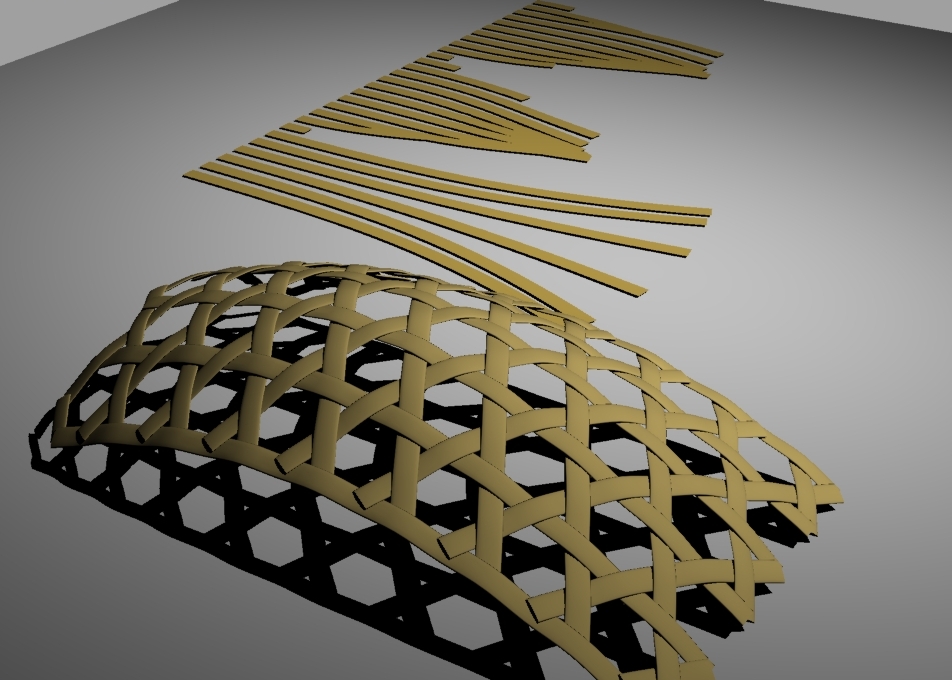