The experiment investigates generative processes for Isopotential Maps.
Considering a surface as input (it will be assumed as basic field) and a series of "n" attractors the GH definition will individuate a series of curves which describe the field of forces operating on the area.

The definition, developed in cooperation with Andrea Graziano, allows to manipulate "n" attractors as a sort of electric charges. You can decide the charge's value (positive or negative) and eventually invert it during the process.
Ispotential curves are extracted by the intersection between a series of planes and the surface emerged by the field influence.

Here you can see and image that describe the result of the generative process. 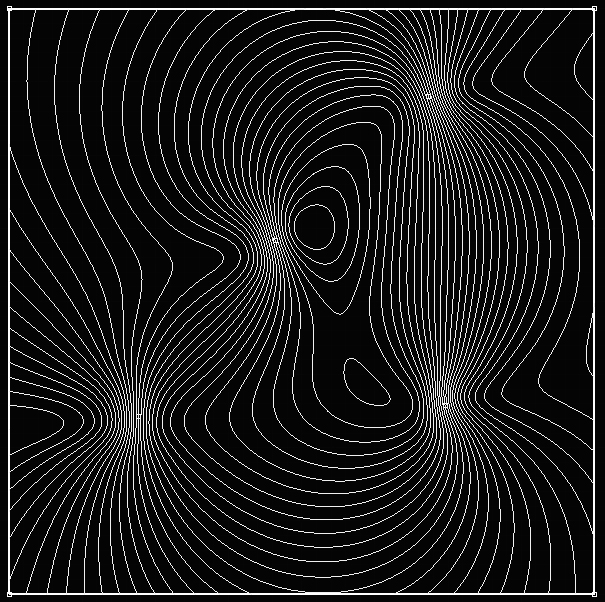 @Jissi Choi, It would be great if you share de Def. Thanks a lot!

Hi Mateo, I have a question...

I have the section curves in the end of the definition, how can I make a surface with this curves???...

it would be nice, if you share the pict of your def.

Thank you very much Jissi!

I checked my mail address and I didn't received your message. Could you please re-send it to info@matteoloprete.com ?

I will take a look to your work and it will be surely useful to better comprehend my mistake.

From your idea and definition..

I did a few modification.. for calculating approximate equipotential curves.. 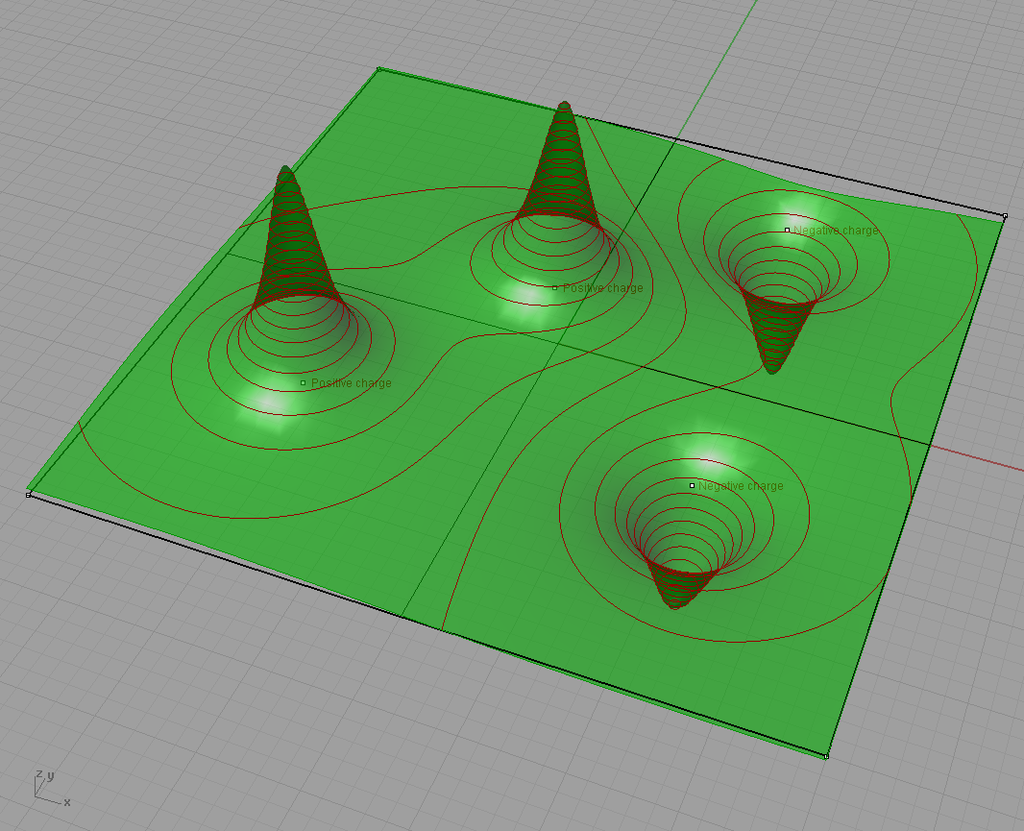 And Here is the definition.. 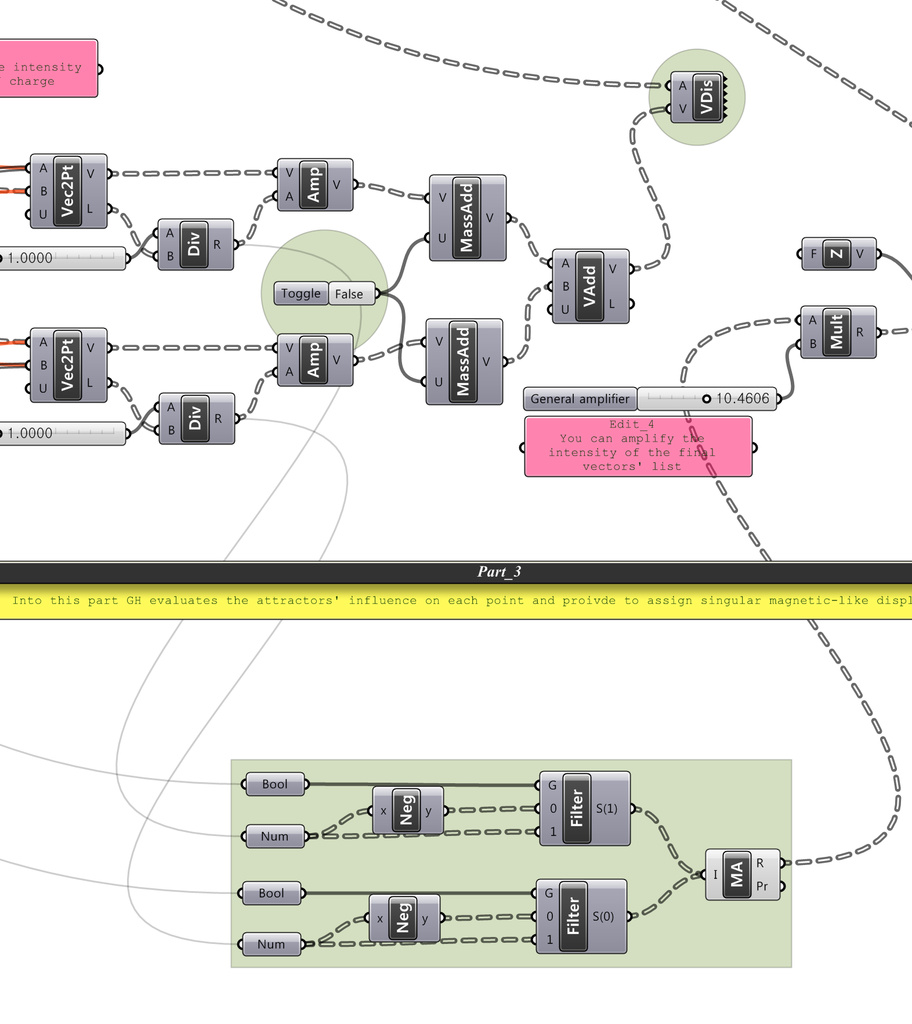 I sent you it via Email..

Hello Jissi, thank you for your feedback. Could you show me how to modify the GH definition in order to obtain a better result? I will appreciate it!

There is a big mistake here. Vectors from the negative particles are created in the opposite direction, but
at the last process only the lengths (which are always positive) of vectors are used.

So the result curves are just connections of points which have same length the vectors.

This is not the equipotential curves.

It is not considered at all of negative particles.

You can find easily that positive and negative particles (attractors) are on the same curve.

Comment by dani bas on February 1, 2011 at 12:07pm
Once you have the equipotential lines, how can you get the maximum variation lines (streamlines)? 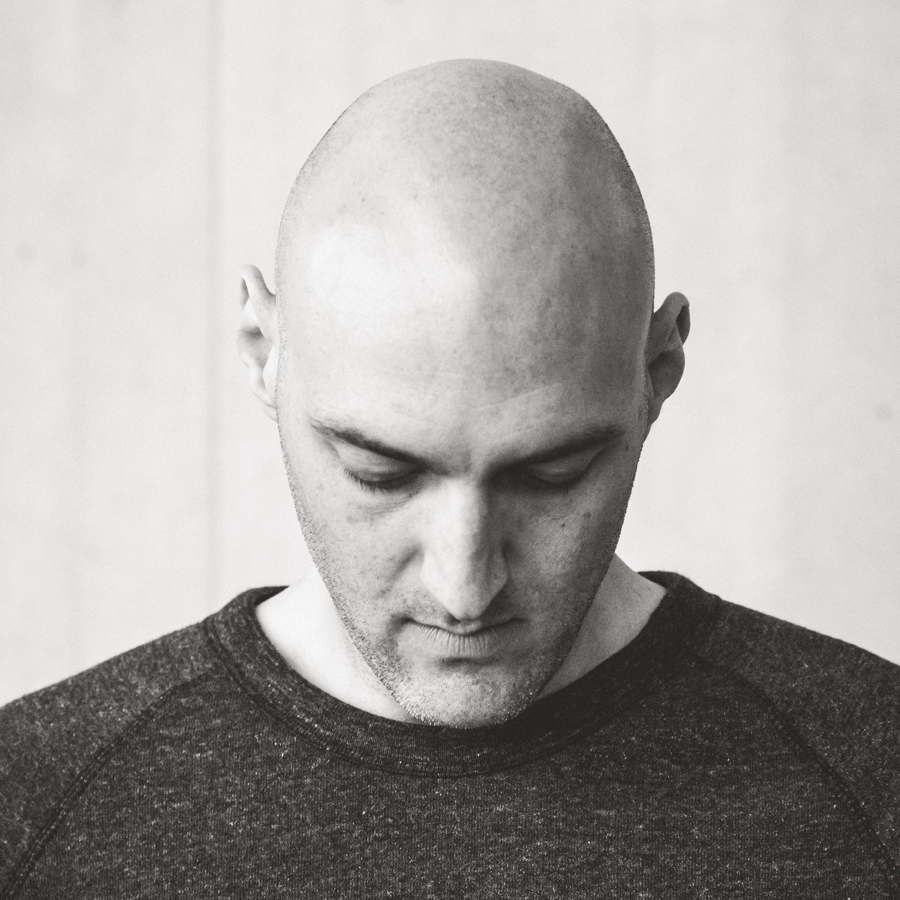