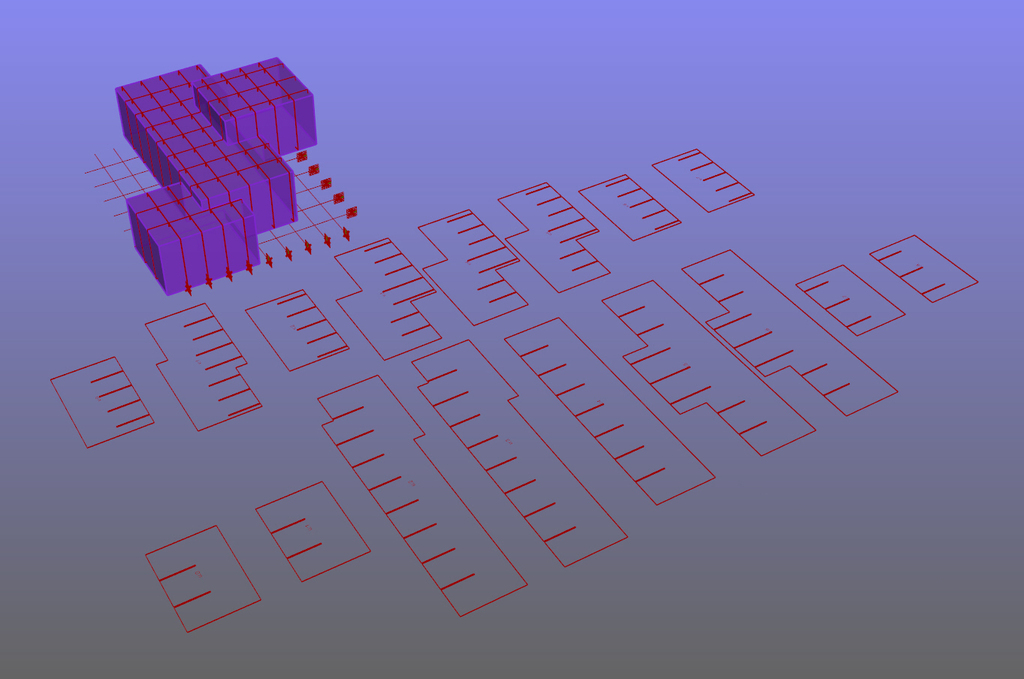 Gil and I are happy to share a collection of Grasshopper files that incrementally build up a Sectioning (a.k.a. Waffle) Structure for fabrication. We will be posting video tutorials to accompany these files in the coming month, but until then... enjoy the definitions.

Studio Mode is pleased to announce the fourth installment of the coLab workshop series: Interactive Parametrics.Interactive Parametrics is a two-day Processing workshop (with an optional third day) focusing on dynamic sketches and prototyping. The workshop will be held in New York City during the weekend of February 19 and will be co-taught by Marius Watz (evolutionzone) and Studio…

Studio Mode is pleased to announce a new series of Primers for Vb.Net scripting in Grasshopper. The first of the series has been posted at the below link. Enjoy!

New primers for Firefly have been posted to modeLab. Thanks go out to Andy Payne for collaborating with us on the upcoming coLab Workshop :: Hybrid Prototypes.

Links to the Primers:

We are updating our references section on modeLab (early Christmas wish lists perhaps). Have a look and come back next week for more books and references...
modeLab References

Material Intelligence is a one-week intensive design and prototyping workshop to be held in New York City during the week of August 16-20.
Over the course of five days participants will examine the cultural as well as technological domains of associative practices within architecture and its related fields. Participants will develop projects through iterative workflows with an emphasis placed on material prototyping as a vehicle for design innovation. The…
Continue

Modelab is looking forward to this weekend’s workshop: Strip Morphologies! Participants will be developing prototypes through an assemblage of strips and interlocking seams. Keep an eye out for more photos… All prototypes will be parametrically generated within Grasshopper and Rhino3D and cut on our KNK-MAXX, CNC High Force…
Continue

New strategies and geometry primers are being posted daily to modeLab. We hope these resources will serve useful to you all. Enjoy!

:: Through an open-ended and… 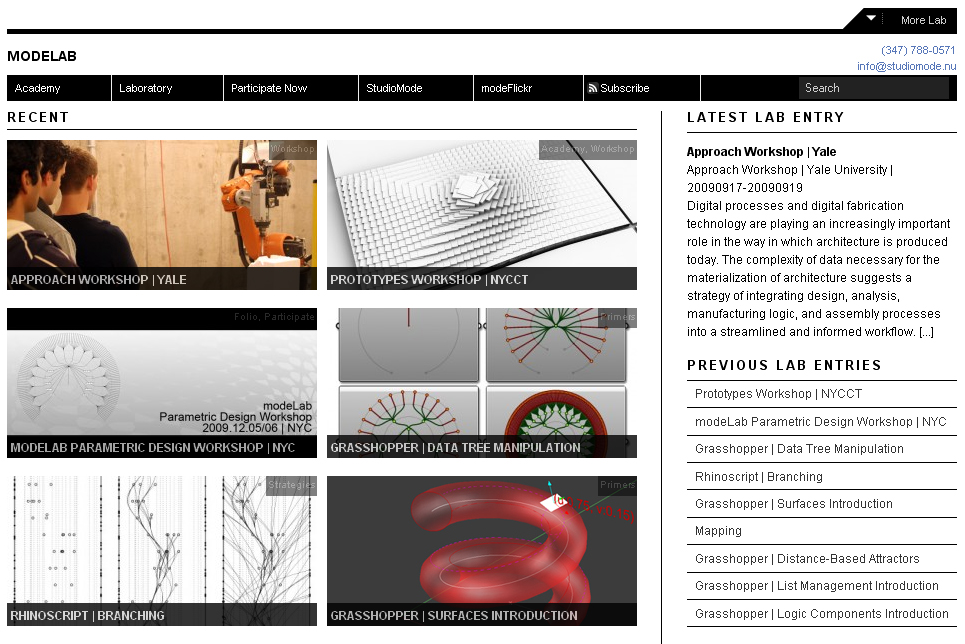 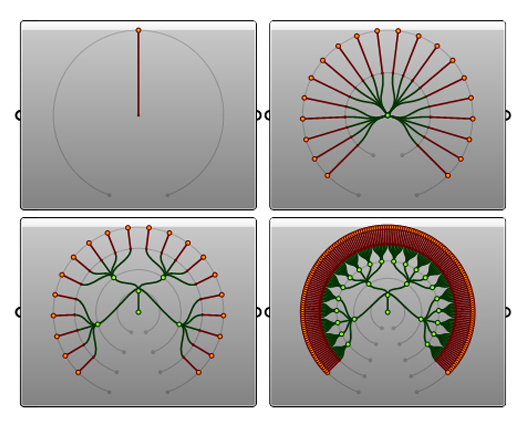 Studio Mode has released a series of conceptual primers related to core data and geometry types as well as data manipulation on our newly redesigned website, modeLab. Each primer contains a concise concept and description within an example Grasshopper definition. More primers and related material to follow. Stay tuned. Check it out and let us know what you think.
http://modelab.nu/