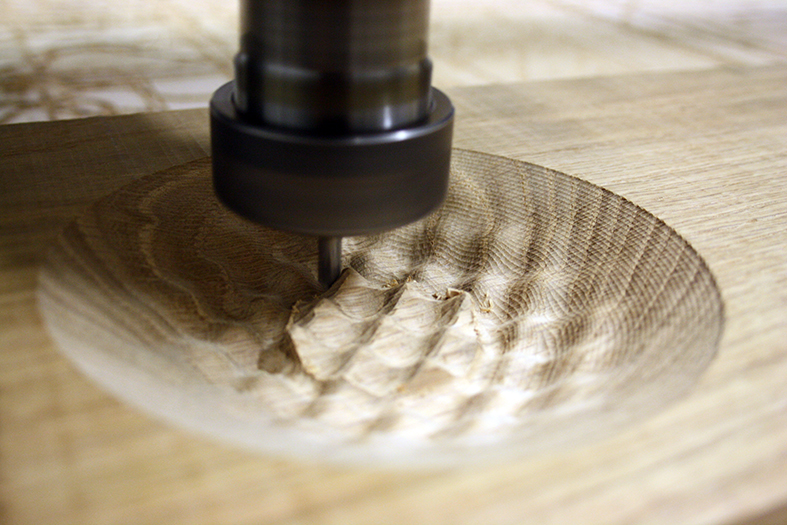 I generate the curves and use those curves to make gcode. You can add safe z moves in between the curves. But since I knew the endpoints of the curves would be outside the material, I let them go straight to the next curve so it goes faster.

I had to do it in a multiple steps as it would otherwise have been to deep for the milling bit.

For the finishing path I used a spiral toolpath, which I drew in Rhino and projected onto surface. I had to offset the surface and move my zero-point to the center of the milling bit first. Because otherwise I would end up with a different result than my digital model caused by the geometry of the ball-nose milling bit.

I might have to try generating gcode for my router. I use CamBam at the moment which is OK, really good value but really slow for 3d surfacing.

Do you generate planar intersection curves, convert them to lines and arcs and then turn this into gcode? Then add in z moves between the planar curves?

CamBam just seems to deal with an entire STL surface and it's hard to get it to only generate toolpaths for specific areas.