I'm having some trouble with the ptMorph3DList component:

I have 6 units of paired geometries, set from Rhino, that I joined via Solid Union to feed the PO. The PO doesn't seem to accept untrimmed surfaces, only Open Brep, but sometimes, seemingly out of the blue, the Open Brep changes into Untrimmed Surfaces and vice versa. I've already checked the unit tolerance in Rhino, that made no difference. Any ideas about where I could be going wrong? 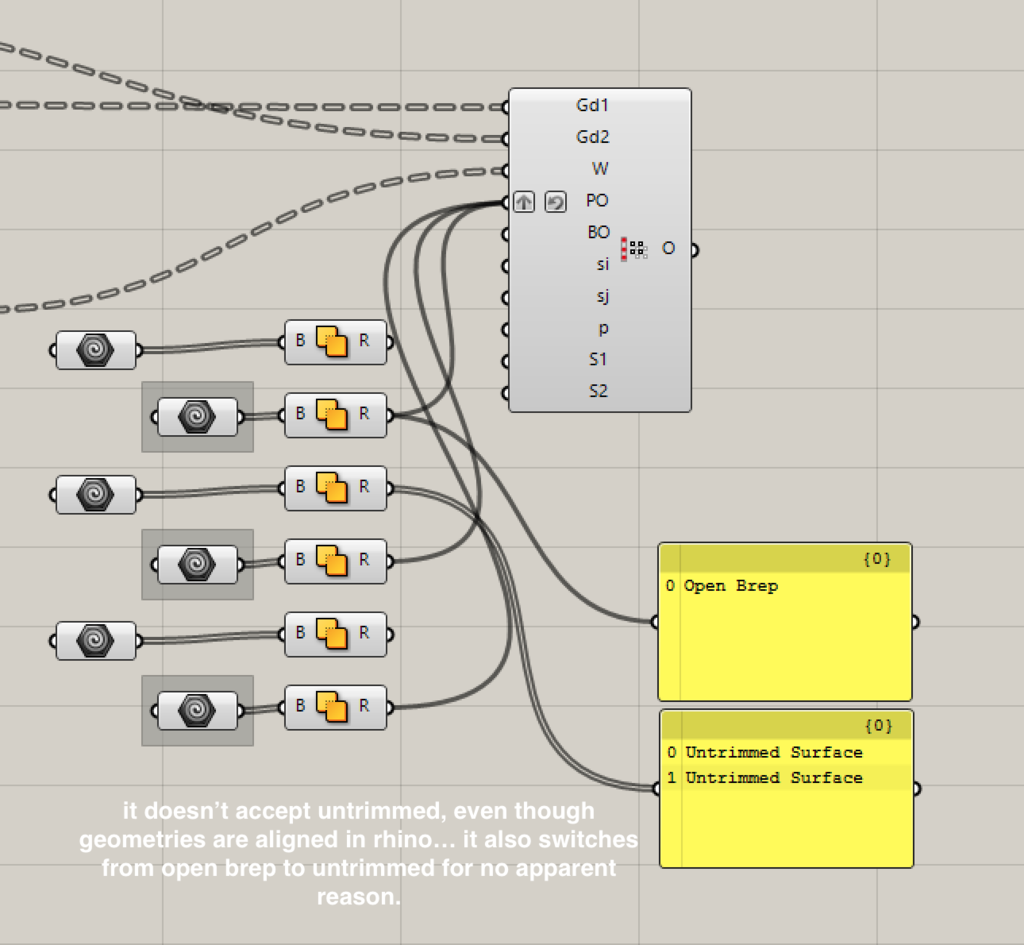 Second issue is that some of the geometries should 'curl' outside their grid boundaries. I need to be able to play with the grid size while the geometry maintains its position.

Also, the first set of these geometries (bottom of image) should translate as a flat surface. But the points 1 and 3 tend to stick to the 2nd Grid - creating openings on the side. How could I fix that? 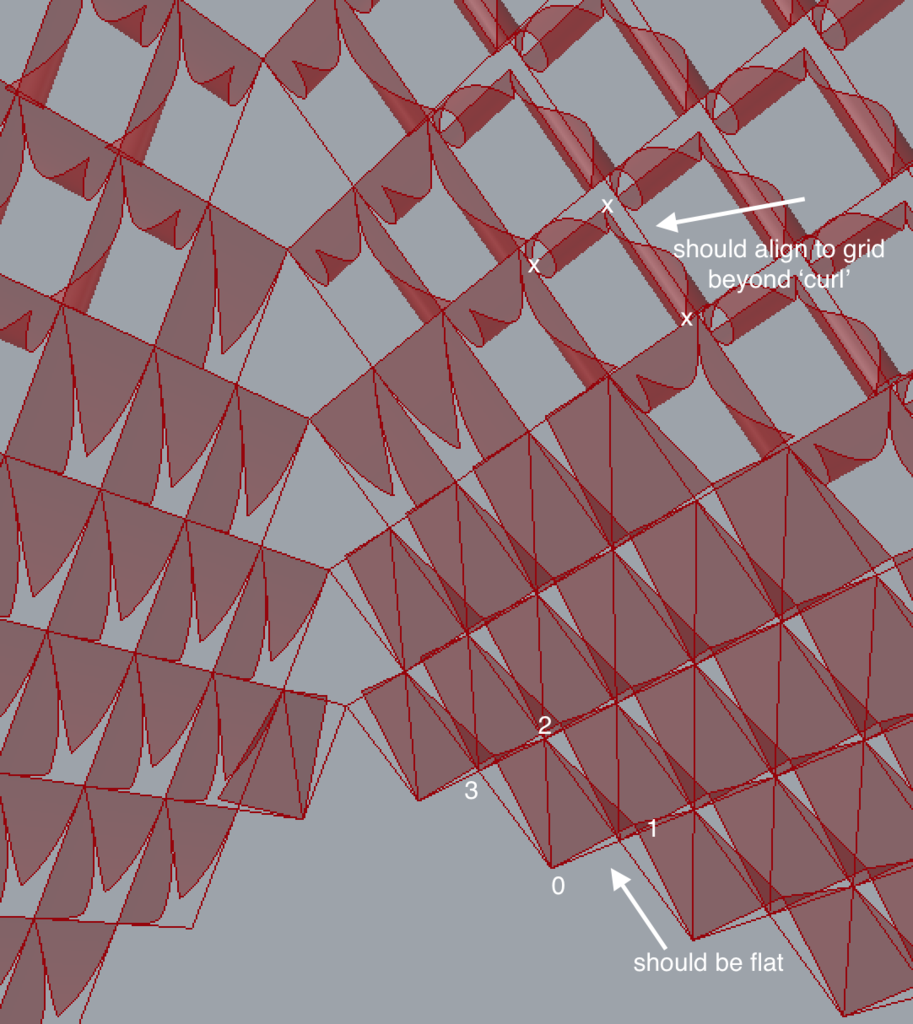 Third issue is that the geometries seem to be a little 'squished' at their plane normal (right until where the 2nd Grid offsets). I tried adding a number slider between the [z-vector] in the ptCoordinates and the [translation vector] in the Move component.. but that isn't working. Ideally I wouldn't need to control the offset distance, the shapes would retain proportion automatically. Any ideas? 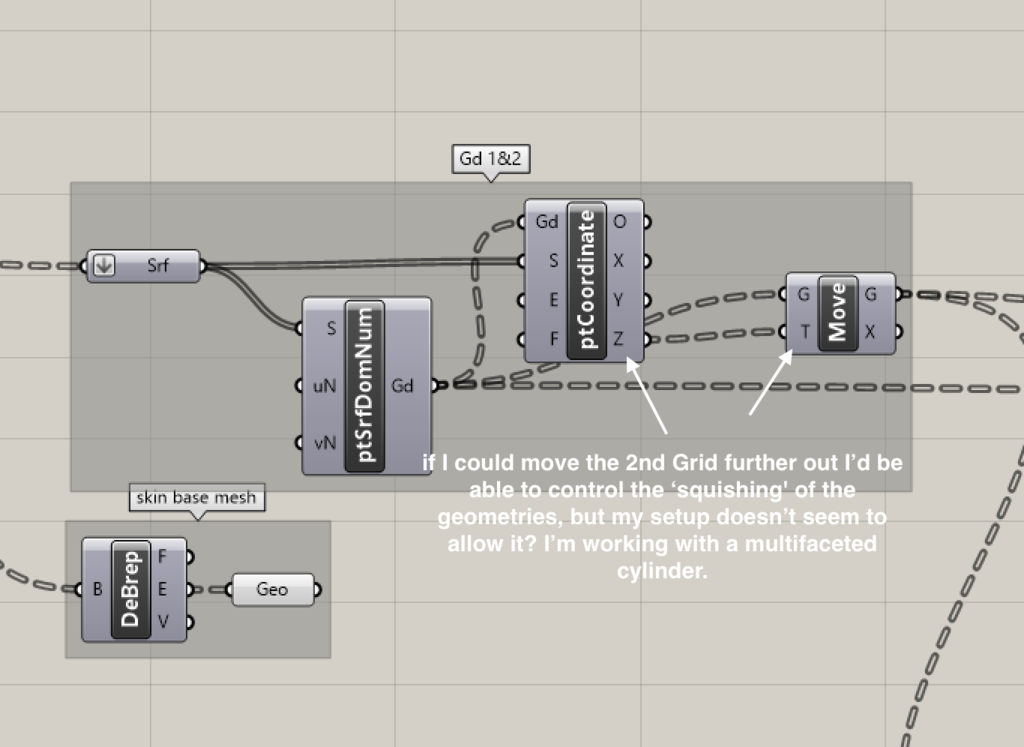 Thanks so much in advance! :)