Question about the mesh load.

I am new to Karamba and is currently working on facade analysis. I have some issue with the application of mesh loading and find that the Karamba's result is not consistent with result from SpaceGass, a structural analysis software.

Attached is a simple case I calculated, with a geometry of 10ft by 10 ft square, fixed on four end points. The mesh load applied is vertical to the surface and set as 0.07 kft. The cross section used is W5X16.

The following plot is the moment diagram from both Karamba and SpaceGass. The maximum moment from SpaceGass is about 1.9kft at the corner and the Karamba's result is 1.46kft, about 25% smaller.

I also tried line load for such structure and the line load condition matches well. The only disagreement is within the surface mesh load. I looked into the Karamba manual and went through the related posts in the forum, but did not find much useful information.

The karamba scripts are also attached for reference. Can someone provide any ideas? Anything would be appreciated. 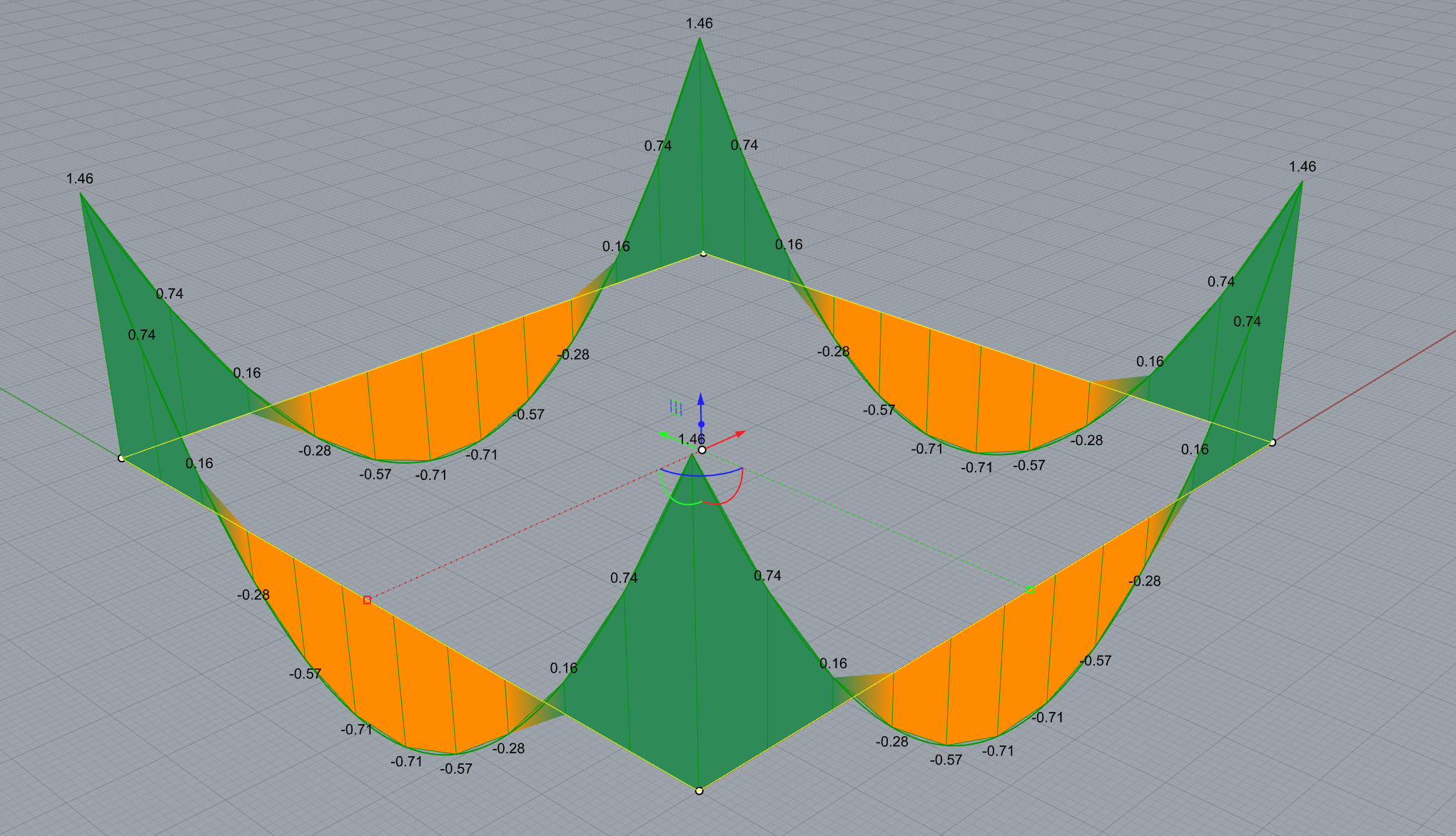 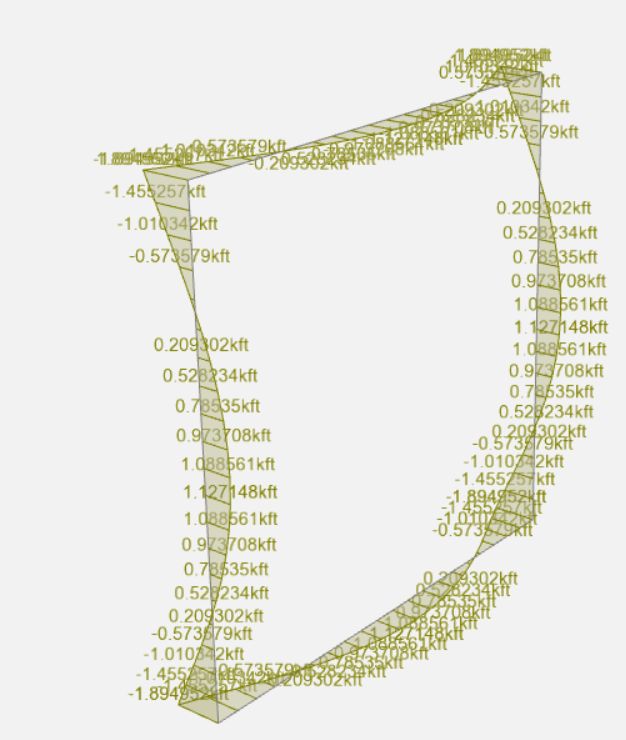 can you upload the definition? This would make it easier to locate the problem.

I aplogize for not replying sooner. The Rhino drawing and Karamba calculation scripts are both uploaded below. It would be great if you can take a look into them.

in Karamba3D the loads from a MeshLoad are transferred to the nearest node of the structure (see the manual for details). The MeshLoad does not include moments however.

Try to include the glass plane as a shell. Then the moments from the surface loads will be correctly transferred to the edge beams.

Thanks for the fast reply.

Just to double check if my understanding is correct. So the mech load only transfer the force to the nearest FE point, so that the moments are not calculated and transferred. In such case, a shell model has to be formulated to incorporate the moments transferred from glass to the structure. A shell element + mesh load will incorporate both force and moment, right?

I don't think moments are needed during the load transfer.

The surround beams will only provide vertical forces against the wind load and there will be no moment. This is how tributary area method works, right? The only moment I can think of is the torque produced by the eccentricity of the loading. What do you think?

It depends how the glass is connected with the edge beams or rather how you modeled it in SpaceGass. For example a rectangular plate under uniform load with hinged supports along its sides has the tendency to uplift at its corners.

Thanks for the reply.

1. The model in SpaceGass is basically a 10 by 10 plate with four end points fixed. As for the loading in SpaceGass, we tried both surface mesh loading and line loading (from tributary area method) and they yielded similar result for both deformation and internal forces (shear and moments). However, same model was built in Karamba but arrived at difference deformation and internal forces.

2. In order to determine where did things go wrong, we conducted another comparison test of pure line loading with the same geometry and boundary conditions, and this time SpaceGass and Karamba yielded very similar result.

3. The geometry here is pretty simple. I dont think there are moments involved when transfering the load to the edge beams, since the SpaceGass case we did also incorporate the case with pure line loading with tributary area.

We feel like the mesh load should be enough to address the wind load we need, but there must be something wrong with the way we applied the mesh loading but we could not find out where.

We also tried to add another shell element on top to help transfer the wind load, but there is a problem with connection between shell and beam. The deformation of shell and beams are not consistent, basically the FE points of shell is not attached to the FE points of beams. I saw you just replied my previous post (https://discourse.mcneel.com/t/connection-problem-between-shell-and...). I will tried again according to your suggestion.