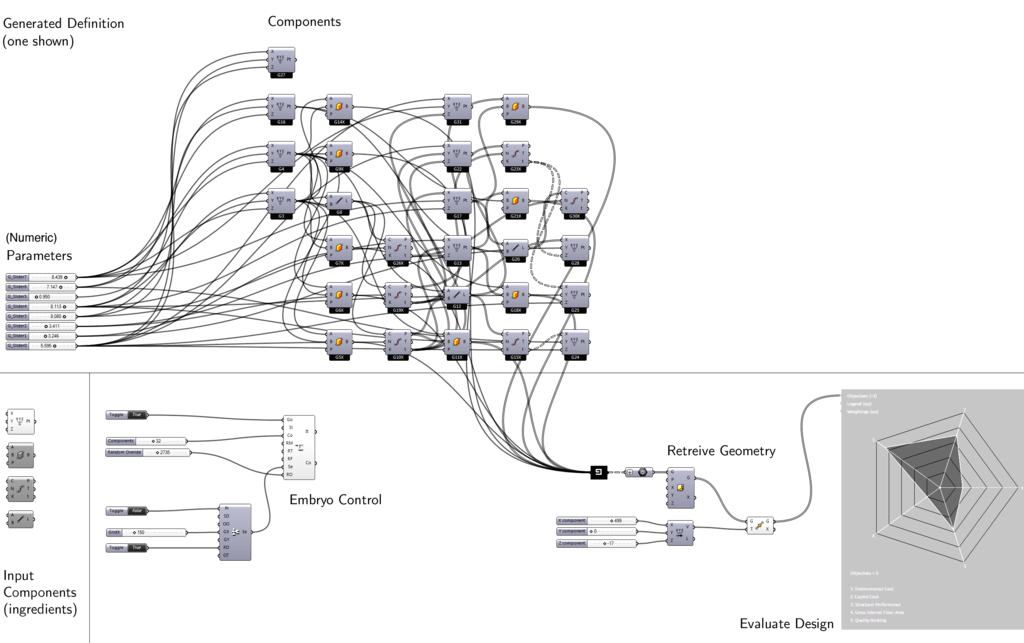 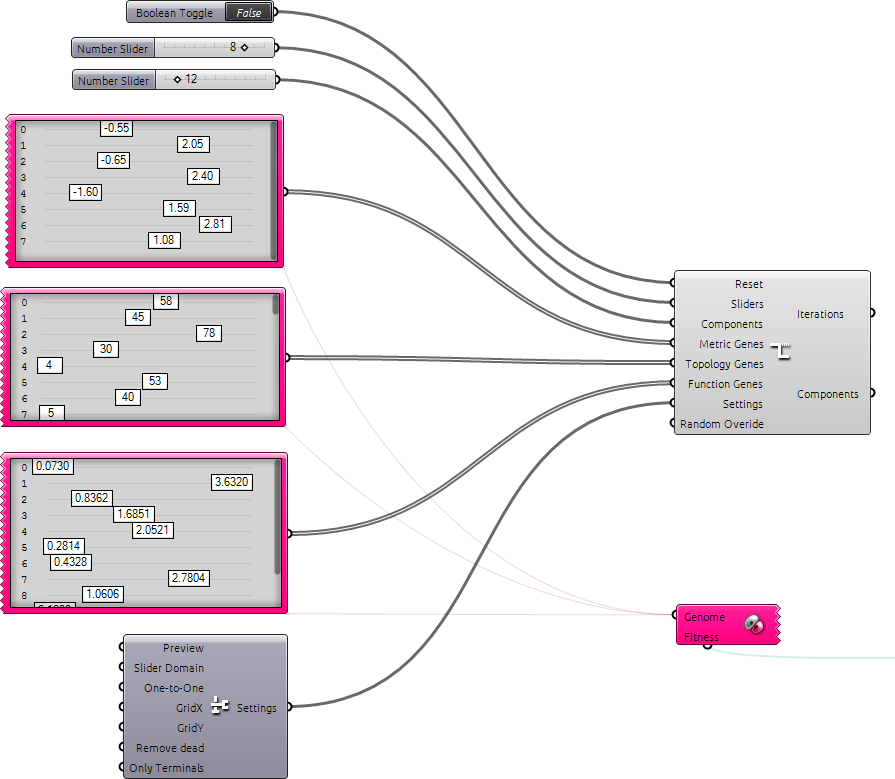 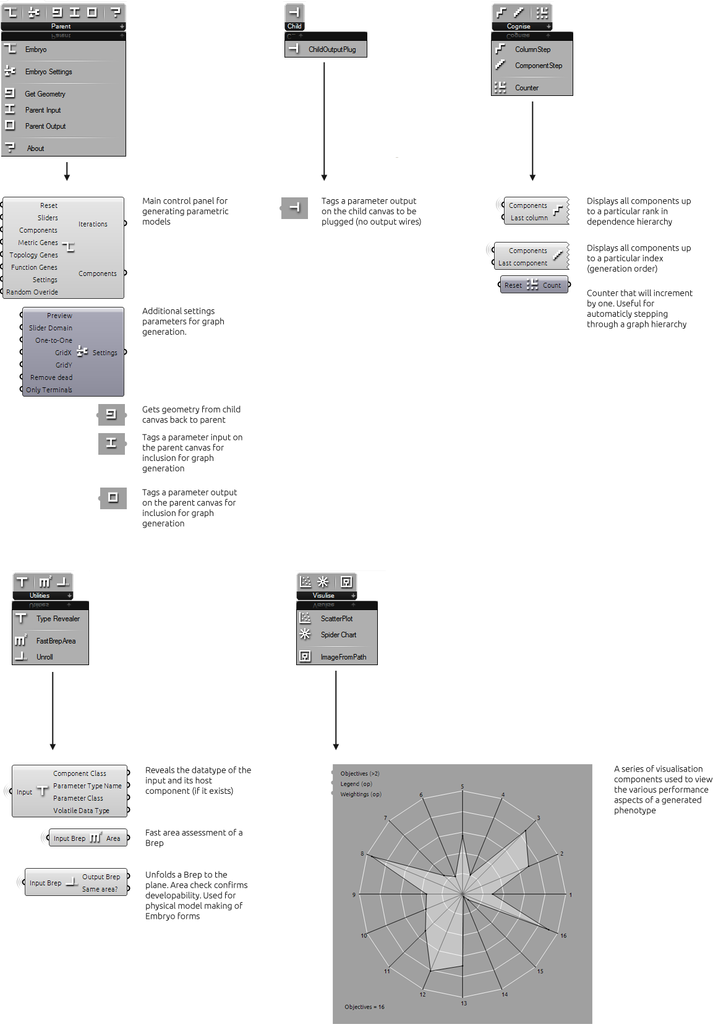 YEAHHH!!! Just in time! Thanks for the effort and the amazing work!! I have to give it a try. The concept behind this plugin is veeeery interesting. I would definitely take a look at that code :)

This is awesome! thank you for the link to your thesis and congrats, it is very interesting and informative indeed. I'm also very excited to try Embryo Alpha, thank you again for sharing it.

One more big "Thank you" for sharing the project John!!

Let's see where this leads too.

Amazing - Downloading now :) Thank you so much John!

Very excited to play around with this.  And the source code would be an invaluable learning resource!!!

Thanks for keeping it open!

Hi John,
Thank you for your fascinating work. Some considerations:

1. How can I pick up the curve geometry type? The GetGeometry component seems does not to want help me.
2. When you do not use the override random, the workflow is fucking hard. I understand the scheme topology/function, but is difficult to handle. Could you, when you can, publish some example more about this?.
3. Would it not be possible (and easy) adding a component that blocks the use of a parameter? That is, in the ingredients, inserting a component to the inputs that will not be used (and not considered by the topology).

4. Would it be useful to add a couple of components that act as magnets to add probabilities of connection between two components? That is, between output of a component of the ingredients, and the input of another component.
5. Would it be possible to add groups of connected components, rather than individual components in the ingredients? It's a nuisance having to individually deduct the map of connections. It would be nice to have the option of using a piece of definition as a component itself.
6. Why you have implemented this topology/function format? Did you take into consideration do with tree-path format? But I do not really know what I'm talking about.
7. Can you establish a list of intervals, rather than a single possible for the sliders domain?

It was cool to get into that, although I have seen just a little your thesis, some of my neurons have been exploited by overheating. Thank you, what do you currently do?

Thanks for your response, much appreciated. Some replies:

1. What is required is something like the geometry pipeline, otherwise you'll get everything. I'll make sure its there for the next release.

2. Of course, I agree the support is woeful for this at present. Find attached an example of trying to find a completely new definition for a target geometry. Using galapagos with these inputs help the machine get quite close. Obviously, its a combinatorial problem so bloat is an issue. 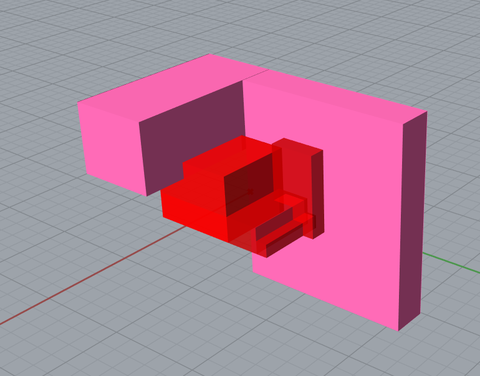 3. It's a great idea, and a thought I've had on the todo list. It's trickier than you think though due to the way you have to instantiate a component on the canvas. In addition, persistent data in the ingredient components that exists in the generated ones is possible.

4. Again, yes options for the inputs is a good idea and one I'm working on.

5. Indeed. Ideally, you should be able to put clusters in the ingredients. This is where things start to get very tricky without the help of David :) . If I can get user objects to work, then that's a step in the right direction. At present, you need to compile new components to get Embryo to include them.

6. Because it was the easiest to implement with the gene pools. Revising this to make it more efficient is a good idea, because at the moment it aint.

7. Good idea. I can include that in the options component.

Finally, just to say implementation in Grasshopper has its pros and cons, it's obviously not built for this kind of thing. In the future, I'd like to build an independent plug-in for Rhino that will handle GP better.

Anyway, thanks for having a go! I still intend to make the repository public.

Very strong tool. However I am having problems getting the geometry in to the parent space i.e. if i am trying to connect more than one components from child space the get geometry componen does not accept any input. Did you ever had this?

Can you also open up a little more about parent input and parent output components?

And in the ingredients some components as interpolate(curve) or loft are not necessarily working in my case. Can you open up on this a little bit as well?

Thanks for the great tool