A group exploring methods to both develop and flatten surfaces. Any discussions, examples, or additional algorithms are welcome here.  See the discussion at the bottom of this page. 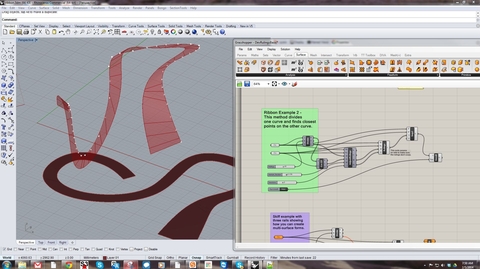 Some information to help use the components in the DevSurface.gha:

AdjustRuling Component - This component adjusts rulings for least twist between rails. Finding untwisted rulings between 2 rails that can be used to make a developable surface. Start this component by including two rail curves and a series of seed parameters along those curves to searching for ruling lines which have no twist. Some pairs of rails work fine by just dividing both rails into the same number of segments. On harder cases, its good to start with rulings that are at least kind of close to the right answer. 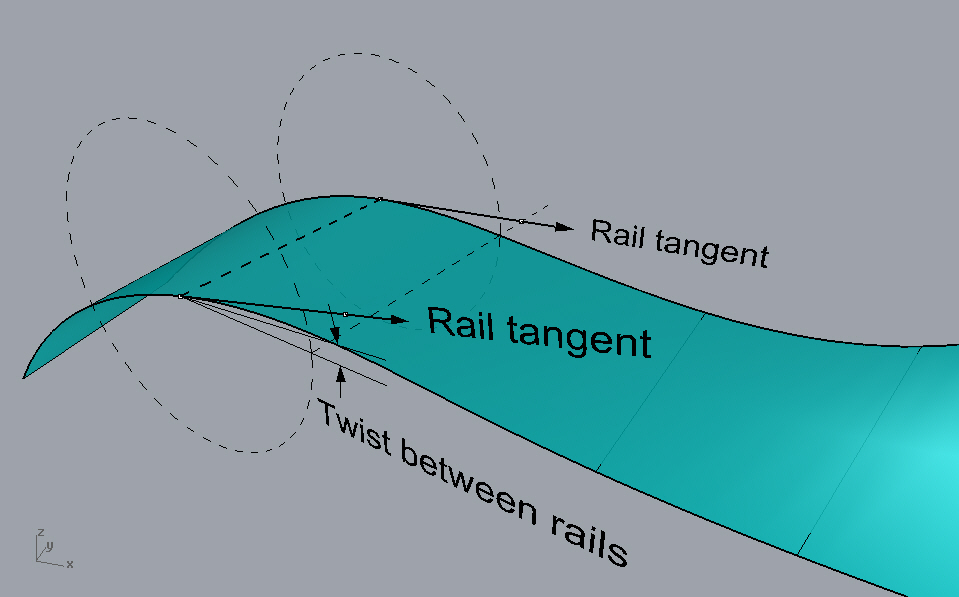 Unroll Component  - Unroll a curved surface
Flatten a singly curved surface, keeping its rulings straight. If the starting surface is developable, this will make a flat pattern that could be bent back to the starting shape without stretching.  This component can take a relatively long time, so there is a Boolean wwitch to turn it on.

Inputs to the Unroll component:

Output to the Unroll component: 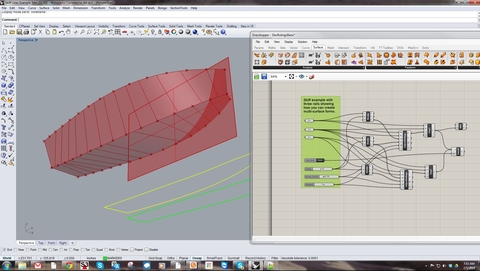 Here is a definition containing a cluster to create a Gaussian display mode.  Does anyone use specific values in Gaussian to display if a surface is developable?…Continue

Hi!This looks nice! Are you planning to share the source code?I was thinking of doing a devsurf component in python to take advantage of the new multithreading thing, but I know nothing about python…Continue

Welcome to the Devsrf group.  Download and jump on in.Continue