Well if you want to use Split Tree then yes, you'll have to make the mask through logic. However you don't need Split Tree for getting the first and last items out of a list. You need the [List Item] component with the indices 0 and -1.

Could you cast all dbl to int inside a selection rule? Or give an option to output an integer domain from [domain]?

While trying to use a [domain] output as selection rule to create a subtree, I only got to this. 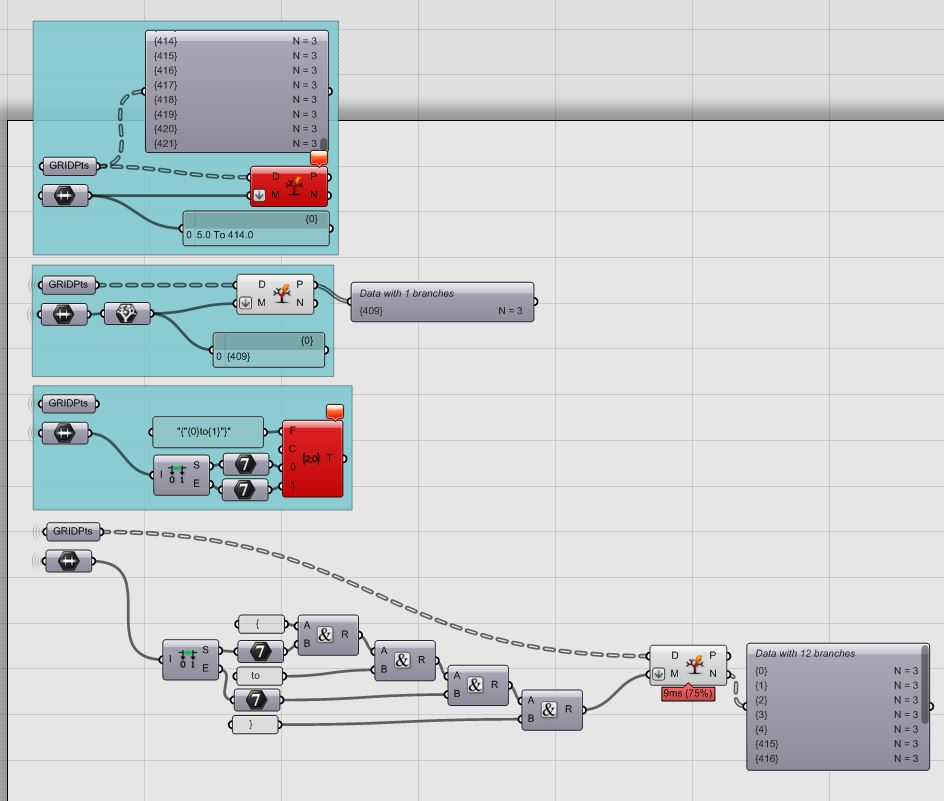 yes I can support floating point numbers in addition to pure integers, but you'd still have to add the {, }, [, and ] brackets to make it valid notation.

I added support for floating point values in rule notation to GH1 for Rhino WIP: 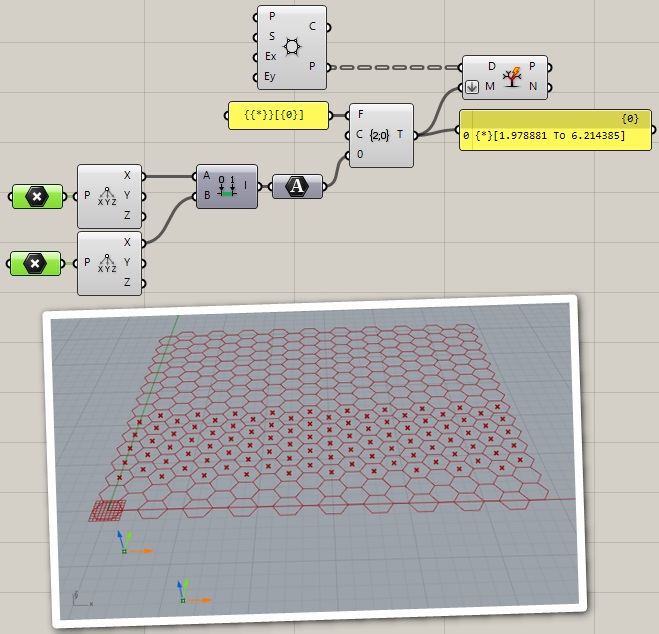 I still do not quite get the formating though. How do I get a mask with the inputs as the domain bounds?

If you want to achieve this: {A to B} where A and B are numbers stored in indices 0 and 1 respectively, the format you need is: {{{0} to {1}}}   where the bold braces indicate placeholders and the regular braces indicate just braces, but they're doubled up because they need to be escaped.

This is one (of many) online resources talking about how format works: http://timtrott.co.uk/string-formatting-examples/

Permalink Reply by Alejandro Pacheco Diéguez on August 8, 2015 at 6:54pm

I am struggling to find a solution related to data tree management. I am trying to find the closest wall to each window in a room (see picture below) but I cannot manage get the resulting data tree that I would like.

It would be really useful to be able to solve this because I often have similar problems.

What am I doing wrong? 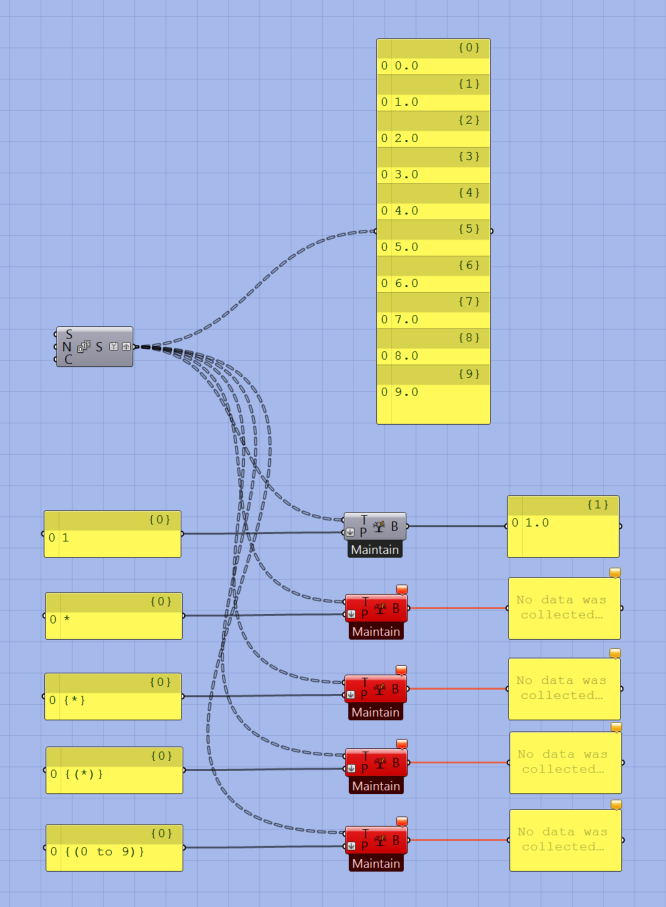 Flip Matrix or Path Mapper will let you do this.

Sometimes Path Mapper will be a little restrictive, as if you change your tree structure up stream of it the rule will no longer be valid. Have a little search on the Forum though; there's plenty of tricks and advice hidden on these pages.

How do you get the last item in the tree? I know in "list item" we can choose (-1), but that does not work in split tree.