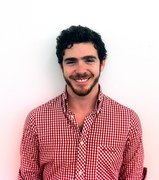 Is it possible to call the functions of a Grasshopper component from inside a (C#/VB.Net/Python) script?

While there is not in fact a 1:1 correspondence between components and methods in a simply accessible library, it is under certain circumstances possible to call the functions of a GH component from inside a script.

However, it should be noted that to do so introduces a significant amount of overhead, which may impact performance. This is because (to the best of my understanding) all the methods described below actually instantiate and execute a virtual Grasshopper document, with components and everything else. Whenever possible, it is advisable to simply call RhinoCommon functions - these are designed to be called in code and are more streamlined.

Grasshopper's Python is unique among the scripting languages in that it has a "node-in-code" mechanism for this purpose in the form of the ghpythonlib library and its "components" class. Here is some example code:

This code will call the "Circle" component with the world XY base plane and a radius of 25, and then call the "Deconstruct Brep" component on a brep (input to the script as "b").

For more info on this technique, see this post by Steve Baer.

James Ramsden has described a method for doing this in these two posts on his blog:

Read and edit persistent data in Grasshopper components with C#

His examples are in C#, but everything he describes can also be done in VB.net with some syntax tweaks.

The core of his method is to programmatically instantiate a component, populate its inputs, and then create a virtual grasshopper document in which to execute the code. He then harvests the outputs and converts them back to simple data. Here is his example code for calling the "Circle by Normal and Radius" component:

//add to a dummy document so we can read outputs
var doc = new Grasshopper.Kernel.GH_Document();
doc.AddObject(cs, false);

For a great many of the simple components, there are in fact methods in RhinoCommon that accomplish exactly the same thing. Note the complexity of the above code, and then look at the equivalent code using RhinoCommon methods:

In my experience it is preferable to just call or construct the methods you need using RhinoCommon rather than relying on trying to call components from inside your code.

Lastly, It is my understanding that this concept is central to David's thinking around GH2 - so that it in the next version it will be significantly more streamlined to switch between components and code representations. (I have no special knowledge of GH2 development - this is just what I have seen David say on the forums, and as usual any statements about future features are subject to change.)

Hope this is helpful!